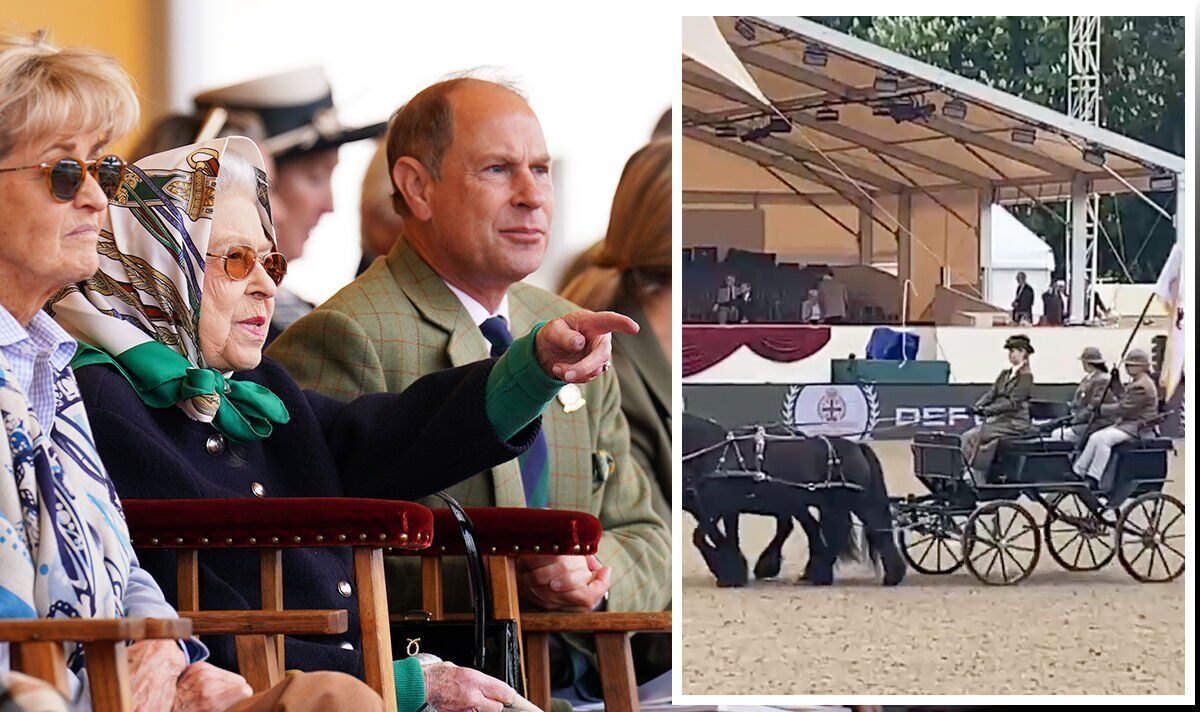 The teenage daughter of Prince Edward and Sophie, Countess of Wessex, led a parade during the second day of the Royal Windsor Horse Show while the Queen proudly looked on. Lady Louise drove the carriage and horses of her beloved grandfather Prince Philip on the grounds of Windsor Castle.

Her Majesty sat in the stands next to her youngest son Edward, his wife and Penelope Knatchbull, a close friend of the late Duke.

And she was spotted with a huge smile as her youngest granddaughter appeared in the arena.

Both Sophie and Edward were seen standing as they looked at the performance, and the Countess is believed to have recorded her daughter’s performance as she was seen holding her phone.

The monarch surprised royal watchers as she arrived at the event on its second day.

The 96-year-old was all smiles after being driven in a Range Rover from Windsor Castle to the grounds where the show is taking place.

She remained in the front seat of the vehicle for some 45 minutes while watching a race and chatting with some of the guests.

The Queen was then driven away only to reappear in the main Castle Arena a few minutes later.

Wearing a headscarf, she made her way to her seat with the support of a light walking stick.

Lady Louise is known to have inherited from her grandfather the love for carriage driving and has been regularly attending events at the Royal Windsor Horse Show over the past few years.

The 18-year-old opened up on the passion she shared with Prince Philip and their unique relationship in a BBC documentary aired last September.

Appearing on Prince Philip: The Royal Family Remembers, Lady Louise said: “The Duke of Edinburgh has been so involved in my driving which has been so lovely, although slightly scary because he invented the sport pretty much.

“It’s incredible to have learned first hand from him.”

Louise recalled how the Duke’s eyes “would light up” when they discussed competitions or went out practising carriage driving.

She said: “After a competition, he would always ask how it went.

“His eyes would light up because he just gets so excited when he talks about it.

“When we would go carriage driving, he would take me on a different route every day, I do not know how he managed to do that, and tell me all sorts of anecdotes about anything and everything.”

In heartfelt praise, Louise added: “He is honestly one of the most interesting people I have ever met.”

Following the death of Prince Philip on April 9 last year, it was claimed Louise would inherit his latest carriage and horses, in a sign of their tight bond.