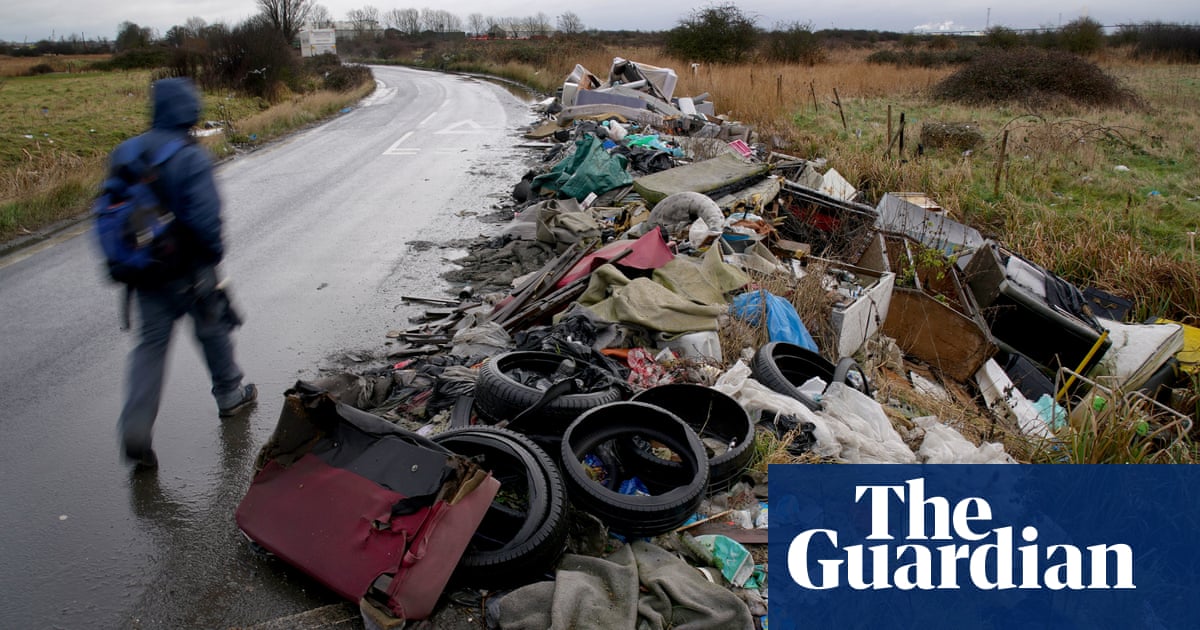 Organised criminals have accidentally been given incentives by the government to fly-tip, a damning report by the National Audit Office has found.

The NAO said the large rise in the rate of landfill tax has increased the amount of money criminals can make from waste crime. The amount of waste sent to landfill dropped by 75% between 2010-11 and 2020-21.

At the same time, there has been an increase in the money criminals can make by avoiding landfill tax through the misdescription of waste, illegal waste sites, and some types of fly-tipping. HM Revenue and Customs estimates that in 2019-20, £200m of landfill tax was not paid through non-compliance.

They also found that over the years, organised crime groups have become more involved in waste crime as it has become more lucrative.

Gareth Davies, the head of the NAO, said: “The evidence available shows that waste crime is increasing, and organised criminals are becoming more involved.

“Government needs to target resources effectively and understand what progress it is making towards its aim of eliminating waste crime by 2043. To do so, it will need a robust set of performance measures to identify when actions are off-track.”

The government has blamed the pandemic for slow progress on tackling fly-tipping, arguing that Defra resources had to be diverted elsewhere.

The Liberal Democrats accused the government of “legalising littering”. In the year 2020-21, incidents rose by 16% on the previous year but the number of fixed-penalty notices issued fell by 24%, and the number of prosecutions dropped by more than 50%.

They are calling on the government to crack down on illegal rubbish dumping, by increasing court fines and putting the money raised into a “fly-tipping fighting fund” for local authorities. The party argues that if the average fine was tripled to £1,000, this could raise £1.3m a year to tackle fly-tipping.

The Liberal Democrat home affairs spokesperson, Alistair Carmichael, said: “Conservative ministers have effectively legalised littering by turning a blind eye to this fly-tipping epidemic. The buck stops with them and their failure to tackle this.”

The Labour party has also criticised the Conservatives’ record on litter. Jim McMahon, the shadow secretary of state for the environment, food and rural affairs, said: “This is a damning indictment of the government’s negligence in tackling waste crime in England, letting criminals off the hook and leaving a financial and environmental burden on our country.”

Sir James Bevan, chief executive at the Environment Agency, said: “Waste crime causes harm to people and places, and it is on the rise. This is why we have created a robust new strategy which is intelligence-led, collaborative and high-tech, focusing on combating the worst criminals.

“We now share intelligence on criminals with our partners, resulting in more than 2,500 illegal waste sites being shut down permanently in the last three years.

“This is not an easy fight – but with the support of our partners we are determined to keep one step ahead of the criminals, shut them out of the system and move us towards an economy in which there is no space for waste crime.”