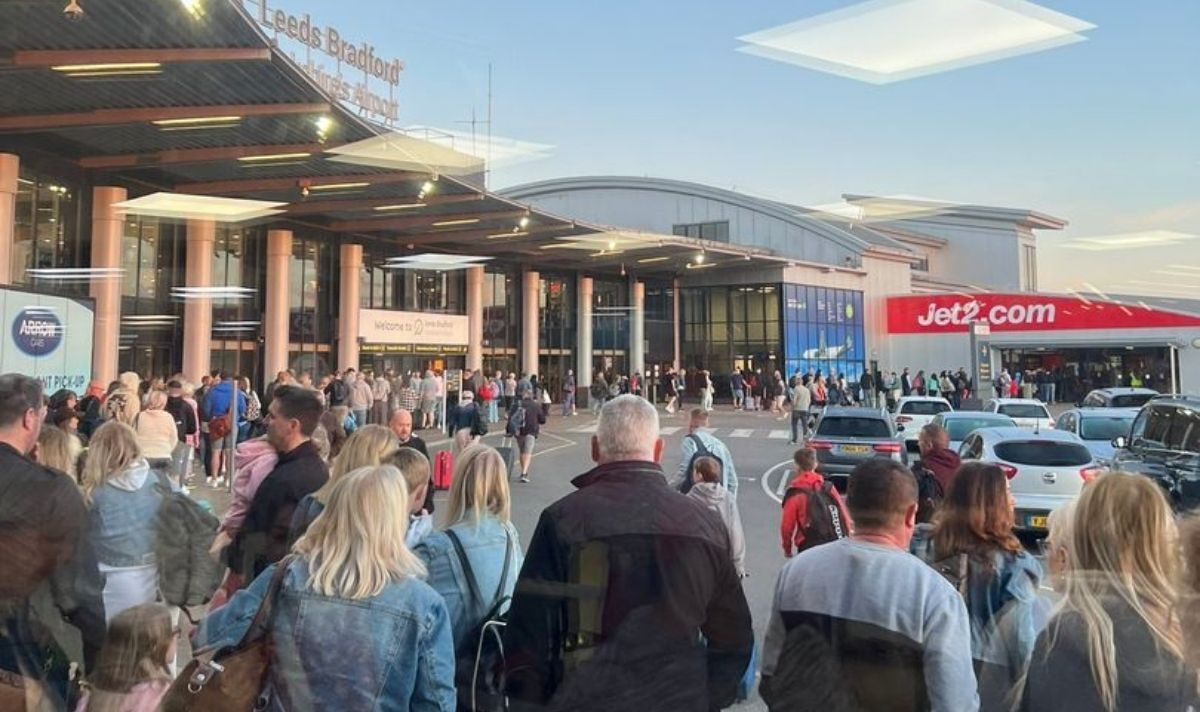 Pictures captured the chaotic scenes on Saturday morning (May 28) with long queues snaking out of the airport building. One passenger claimed people were stuck in a queue “over half a mile” long while images showed people standing at a standstill both inside and outside the building.

Voicing his dismay in a post at 4.10am this morning, one Twitter user wrote: “Leeds and Bradford airport, 13 flights going out between 06:00 – 07:00, no staff to direct people and chaos starting at 04:00!! Queueing over half a mile! @LBIAirport your operations team need the sack!”

The passenger also shared images showing the long queues at the travel hub.

Responding to a comment about the long line outside the airport’s door, he added: “That is fast track.”

Another user who was also stuck in the queue tweeted: “Currently queuing outside the airport. Not sure why half term has caught the airport by surprise.”

The chaos comes after the airport was once again in “absolute carnage” on Friday when it was evacuated due to a fire alarm.

The evacuation took place shortly before 6am on Friday as passengers queued at check in and security for their morning flights.

The crowd of people were allowed to go back into the airport around 30 minutes later.

People who had already gone through security had to go through the checks again which led to more queueing, it was reported.

A number of travellers missed their flights as a result of the incident.

Most airlines delayed flights during the disruption, the airport said, however a “small number” had departed leaving a “minimal number” of people behind.

“We are investigating the cause of the alarm.

“LBA staff returned the terminal to normal operations rapidly after the incident.”

Hundreds of people have missed flights at the airport over the last three months due to long check-in delays as a result of staff shortages.

A spokesperson for LBA told the BBC queues were being managed on a day-to-day basis and “any passengers remaining in the queue one hour before prior to departure were brought forward for priority security clearance”.

The airport said it continued to advise people to arrive and join the security queue at the time advised by their airline, but no earlier than three hours before departure.