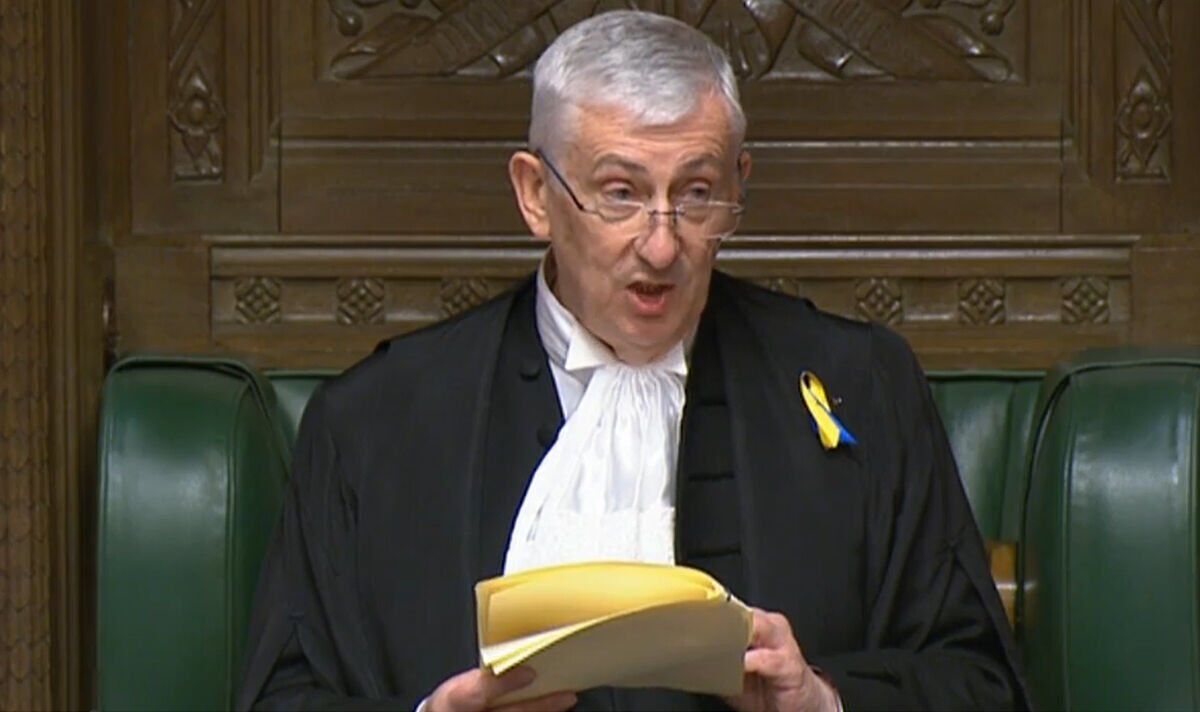 After the Commons has found itself engulfed with scandal and accusations of bad behaviour, the Speaker sought to remind MPs of their duty to voters. He vowed failure to honour the MPs’ code of conduct would be met with “serious sanctions” as he read the riot act to parliamentarians.

But in what was seen by many MPs as a pointed dig at the Prime Minister, Sir Lindsay also warned members of the need to be accurate in their statements.

He told those in the Commons that it was not his job to check the accuracy of statements made by members and that those who inadvertently mislead Parliament are expected to swiftly correct the record.

Mr Johnson has faced repeated accusations from Opposition MPs of failing to be truthful at the dispatch box.

READ MORE: Fuming Starmer cut off by Speaker as he blasts ‘dishonest’ Boris

Speaking in the Commons this afternoon, the Speaker said: “I begin by reminding honourable members about their duty to observe the code of conduct agreed by the House and to behave with civility and fairness in all of their dealings.

“The behaviour code applies to members as it applies to others who visit of work in Parliament and provides clear guidance.

“Unacceptable behaviour will be dealt with seriously, independently, and with serious sanctions.

“The House asserts its privileges of freedom of speech. That privilege is enjoyed by members of parliament only in their work in this House.

“As private individuals, we’re equal under the law with those whom we represent.

“It is there to ensure our constituents can be represented by us without fear or favour. It is an obligation upon us all to exercise that privilege responsibly.

“The Speaker does not have the authority to police the accuracy of members’ contributions. Therefore, it is incumbent upon members to be accurate in the way and waht they say in this House.

“But if a member is inaccurate by mistake, they should correct that mistake as soon as possible.”

A ripple of hushed words could be heard around the Commons following the comments, with MPs on Opposition benches making clear they believed the comments referred directly to the Prime Minister.

It is against House of Commons rules for an MP to deliberately lie in the chamber.

If found to have breached the code of conduct, disciplinary measures can include being banned from Parliament.

However, it is also a disciplinary offernce to accuse another member of having deliberately misled the House, making it almost impossible for action to be taken against MPs in breach of the rules.

Despite the rules, Labour has repeatedly accused Mr Johnson of misleading the House with claims made in statements to MPs.

The Prime Minister says he respects the code of conduct and rejects claims of beind dishonest.