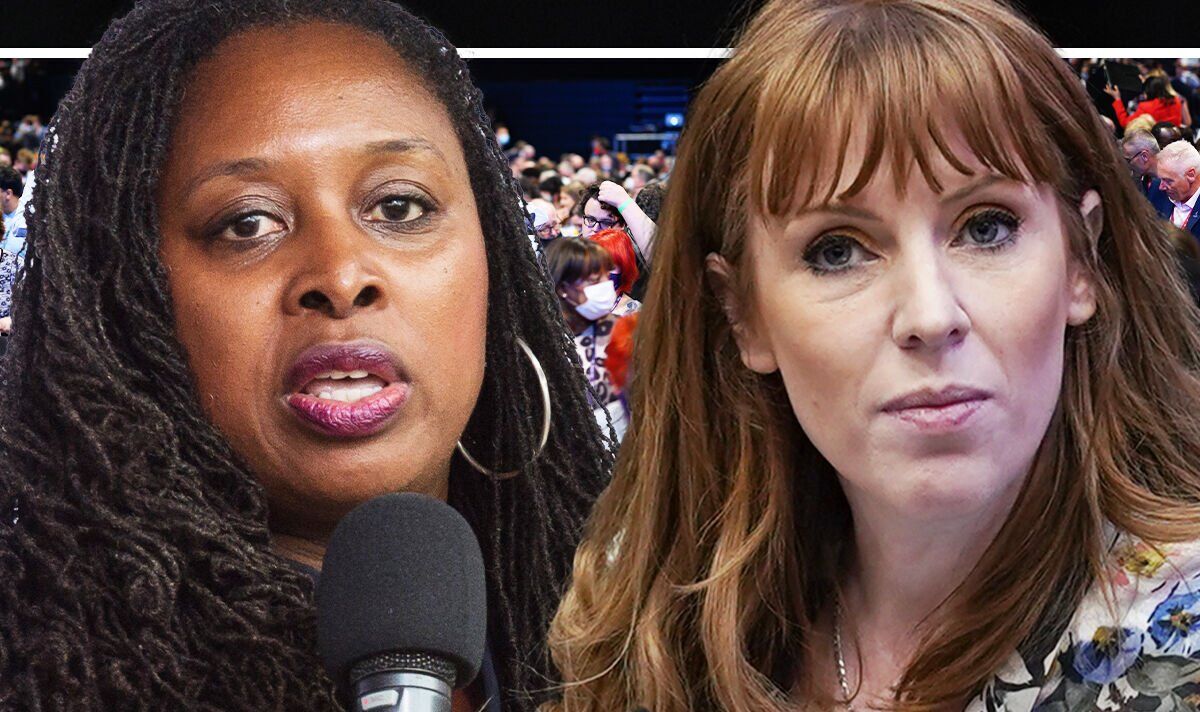 Sir Keir Starmer has repeatedly called on Boris Johnson to resign after the Prime Minister was fined for being present at a Downing Street party during the first Covid lockdown in 2020. But the Labour Party leader himself is now coming under huge pressure to step down over a curry and beer gathering in Durham last year. He has repeatedly denied breaking any Covid laws but insisted he would do “the right thing and step down” as Labour leader if he is fined by police over the allegation.

Ms Rayner insisted she was at the event “working in my capacity as deputy leader and that no rules were broken” but like Sir Keir, said she would step down if she were to be fined.

He tweeted: “Could a new ‘dream team’ of Angela Rayner as Labour leader and Dawn Butler as deputy pose a risk to Boris?”

But several social media users reacting to the post were quick to brutally mock and tear that idea apart.

“Along with Diane Abbott as Chancellor and Lammy as Home Secretary.”

READ MORE: Brexit POLL: Was leaving the EU a mistake?

Sir Keir said at Labour’s headquarters in London: “I believe in honour, integrity and the principle that those who make the laws must follow them and I believe that politicians who undermine that principle, undermine trust in politics, undermine our democracy and undermine Britain.

“I’m absolutely clear that no laws were broken, they were followed at all times, I simply had something to eat while working late in the evening as any politician would do days before an election.

“But if the police decide to issue me with a fixed-penalty notice I would, of course, do the right thing and step down.”

On Thursday, the Prime Minister refused to be drawn on whether he should resign following Sir Keir’s vow to step aside if he is fined for breaking Covid lockdown rules.

He told ITV News: “I’m going to get on with making sure that we try to fortify the defences of Europe against the clear potential of Russia to launch unprovoked aggression.

“That’s what’s changing things and yes, it is a big change, but it’s been driven by what’s happened in Ukraine.

“I’m afraid to say that that has been a seismic shock for people around the continent.

“We have to think anew about how we organise ourselves.”