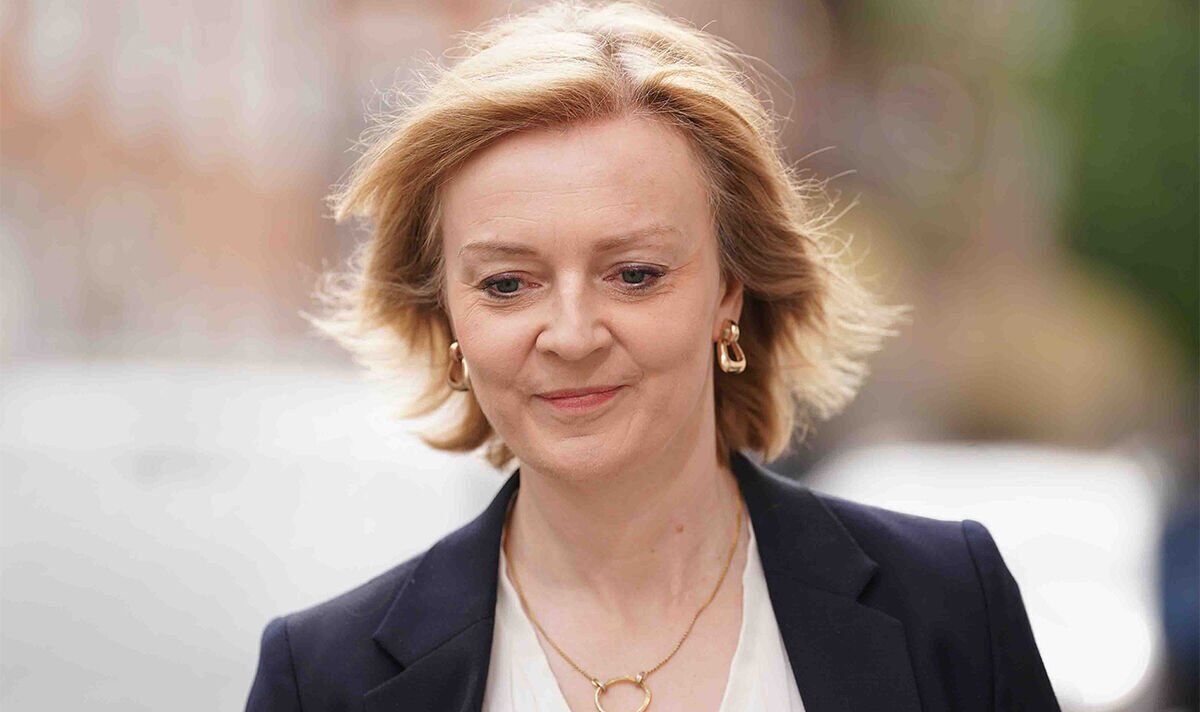 The Foreign Secretary recently announced legislation is being put forward in the UK to override part of the Northern Ireland Protocol. She said the UK’s “first priority is to uphold the Belfast (Good Friday) Agreement”, despite outrage from the EU.

However, after Ms Truss announced the planned bill against the Protocol, former Brexit counsellor Alexandra Hall Hall claimed the Foreign Secretary said a no-deal Brexit would not impact Ireland except “farmers with a few turnips in the back of their truck”.

According to Ms Hall Hall, Ms Truss made the remark in August 2019 during an address to right-wing American think tank the Heritage Foundation.

The former ambassador to Georgia first alleged the comments in October, originally attributing them to an unnamed “serving British minister”.

Now, on Twitter, she said: “So pleased to see Liz Truss become a genuine expert on Irish matters: she was, after all, the minister who told a US audience three years ago that Brexit would not have any serious impact in Ireland … it would merely ‘affect a few farmers with turnips in the back of their trucks’.”

While Ms Truss has not confirmed whether she made the comments, Brendan Howlin, Labour foreign affairs spokesman, told the Irish Mirror Ms Truss is ignorant of the effect her ‘turnip’ comments have had.

He said: “It is shocking but not surprising unfortunately.

“The fact that the entire Brexit project was based on an ignorance of and indifference to its impact on Ireland and Northern Ireland is laid threadbare by the publication of this statement by the British foreign secretary.”

Leo Varadkar, Meath West TD and former Taoiseach, said it is up to Ms Truss to confirm or deny the comments alleged by Ms Hall Hall.

In response to Aontú TD Peadar Tóibín’s question on the matter, Mr Varadkar said: “Some might say this is just the Tories being Tories.

“But it does give an insight into the ignorance at the heart of the British, and their bad faith when it comes to Brexit.

“I don’t know whether actually Secretary Truss made those remarks or not.

“It’s obviously up for her for her to confirm or deny them.

“But I think we all know that Brexit has affected people and has affected businesses and has done so adversely.”

It comes as João Vale de Almeida, EU ambassador to the UK, rejected Ms Truss’ calls for the Protocol to be rewritten.

He issued a blunt warning of retaliation if the UK Government passes a law disapplying aspects of the agreement.

He then said: “Using legislation to override an international treaty. I feel myself back in the fall of 2020, with the internal markets bill.”