Skip to content
HomeNews‘Look at the evidence!’ Tice erupts at BBC’s Nicky Campbell as he shuts down Brexit swipe 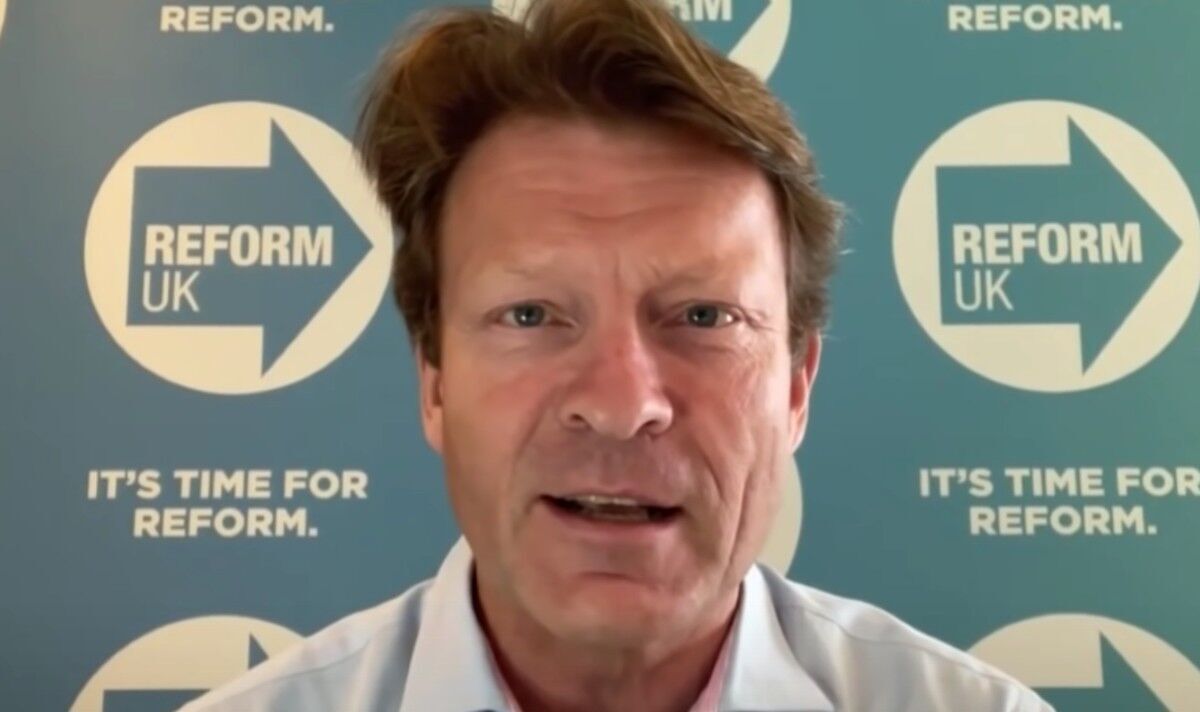 Brexit has sparked a heated exchange on Nicky Campbell’s BBC Radio 5 chatshow with Reform UK’s Richard Tice slapping down the suggestion that the UK’s economic outlook had been worsened by leaving the EU. Confronted with trade figures, Mr Tice demanded the host “look at the evidence” before listing the benefits of Brexit to the UK economy such as “full employment” and “wages going up.”

Mr Campbell told the Reform UK leader: “Exporters in this country have really been underperforming in general due to all this.”

He asked: “How do they get back up on their feet?”

Mr Tice responded: “There is all sorts of data out there, there’s a report by the Centre of Economic Performance at the LSE, saying there’s no evidence of a sustained decline in UK exports to the EU, but time will tell about that.

The host cut him off, saying: “Well, the UK had a total trade deficit per capital on imports and exports of 28.8 billion last year and the deficit in trading goods widened to 155.4 billion, ten times than it was 25 years ago.”

Mr Tice replied: “Our growth in exports with non-EU countries has gone up significantly.

“Look at the evidence Nicky which is we’ve got full employment.

“We’ve got wages going up to the lowest paid.

The radio row came amid tensions between the EU and UK Government over the Brexit Protocol which has been blamed for damaging trade across the Irish Sea to Great Britain from Northern Ireland.

Boris Johnson has reiterated his threat to override elements of the Northern Ireland Protocol, warning the European Union that the Good Friday Agreement is more important than the post-Brexit deal.

The Prime Minister said on Wednesday that the protocol fails to command cross-community support in the region, adding “we need to sort it out”, despite warnings from European leaders not to meddle with the agreement he brokered.

Foreign Secretary Liz Truss is set to tell the EU that the dispute over Northern Ireland cannot drag on, after warning she will “not shy away” from taking action as she accused the EU of proposing solutions that would “take us backwards”.

As ministers consider whether to introduce legislation overriding parts of the deal, senior Cabinet member Michael Gove warned “no option is off the table”.

At a press conference in Sweden, Mr Johnson faced questions over whether now is the right time to pick a fight with the EU against the backdrop of Russia’s invasion of Ukraine.

“The most important agreement is the 25-year-old Belfast Good Friday Agreement,” the Prime Minister said.

“That is crucial for the stability of our country of the UK, of Northern Ireland. And it’s got to be that means that things have got to command across community support. Plainly the Northern Ireland Protocol fails to do that and we need to sort it out.”