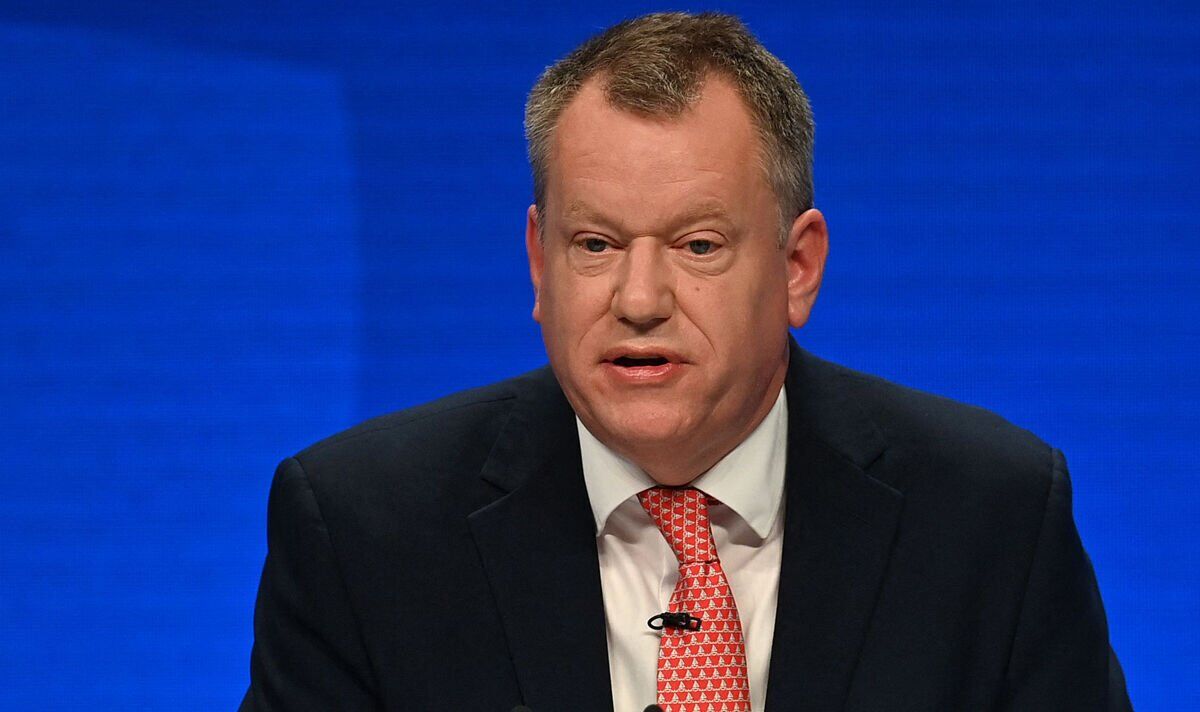 The former Brexit minister sent a warning to the Brussels bloc to change their approach as the row over the post-Brexit agreement continues to rumble on. It comes as Foreign Secretary Liz Truss told the EU the dispute over Northern Ireland cannot drag on, amid warnings she is prepared to tear up the deal.

Lord Frost tweeted: “The customs and regulatory border between us & the Republic has to be somewhere.

“But – and I repeat what we have said many times before:

“The border for legal purposes is not where the physical checks & processes have to take place.

“VAT & excise rates already vary between NI and Ireland (as do many many other rules), but no-one checks goods at the border. Other processes do the job & breaking the rules is to break the law.

“Similarly, last year we proposed that the legal customs border should be the international border between NI and the Republic, but that we would control in the Irish Sea goods going into the Republic, according to EU rules, for convenience’s sake.

“The EU has refused to consider any other way of dealing with the problems both in 2019 and later.“@MarosSefcovic says they won’t change their approach. Unless they do, it seems inevitable that the UK Government@trussliz @FCDOGovUK will have to act unilaterally.”

His warning comes after European leaders urged the UK Government against taking unilateral action, as ministers consider whether to introduce legislation overriding parts of the deal.

Ms Truss is expected to reiterate in a call with European Commission vice president Maros Sefcovic on Thursday the risk to the Good Friday Agreement and warn that the situation cannot drag on.

Officials working for Ms Truss are drawing up draft legislation to unilaterally remove the need for checks on all goods being sent from Britain for use in Northern Ireland.

The Foreign Secretary is poised to take further action in the coming weeks if negotiations with the EU continue to stall.

The proposed law would allow businesses in Northern Ireland to disregard EU rules and regulations and remove the power of the European Court of Justice to rule on issues relating to the region.

Crucially, it would in parts override the protocol agreed by Mr Johnson in 2019 and mean the UK had breached its obligations under the Brexit agreement.

But it was argued the protocol will not be completely overridden, with measures instead being considered to ease the issues on the ground in Northern Ireland.

Meanwhile, Cabinet minister Michael Gove warned “no option is off the table” but insisted Britain will continue to negotiate to resolve differences over the Northern Ireland Protocol.

Mr Gove, who previously led talks with Mr Sefcovic, told LBC radio he is “super cool” with threats to tear up the protocol.

But he insisted the Government is not going to tear up the agreement, telling BBC Breakfast: “No. We are going to negotiate with the EU in order to get the best possible outcome for the people of Northern Ireland, but no option is off the table.”

He insisted Mr Sefcovic and the Foreign Secretary have a “good relationship”, adding: “They will try to make progress tomorrow. I know that both of them are fully committed to making sure we resolve some very difficult issues that have arisen.

“You would expect a UK Government, when it is thinking about the security of the entire United Kingdom, to say that there is no option that is off the table, and that is absolutely right.”

Mr Gove dismissed suggestions he was among Cabinet opponents of tearing up the protocol, which was agreed by Boris Johnson in 2019.

Asked how angry he was on a scale of one to 10, Mr Gove told LBC radio: “Minus five. I’m super cool with it and I’m a big, big Liz Truss fan.”