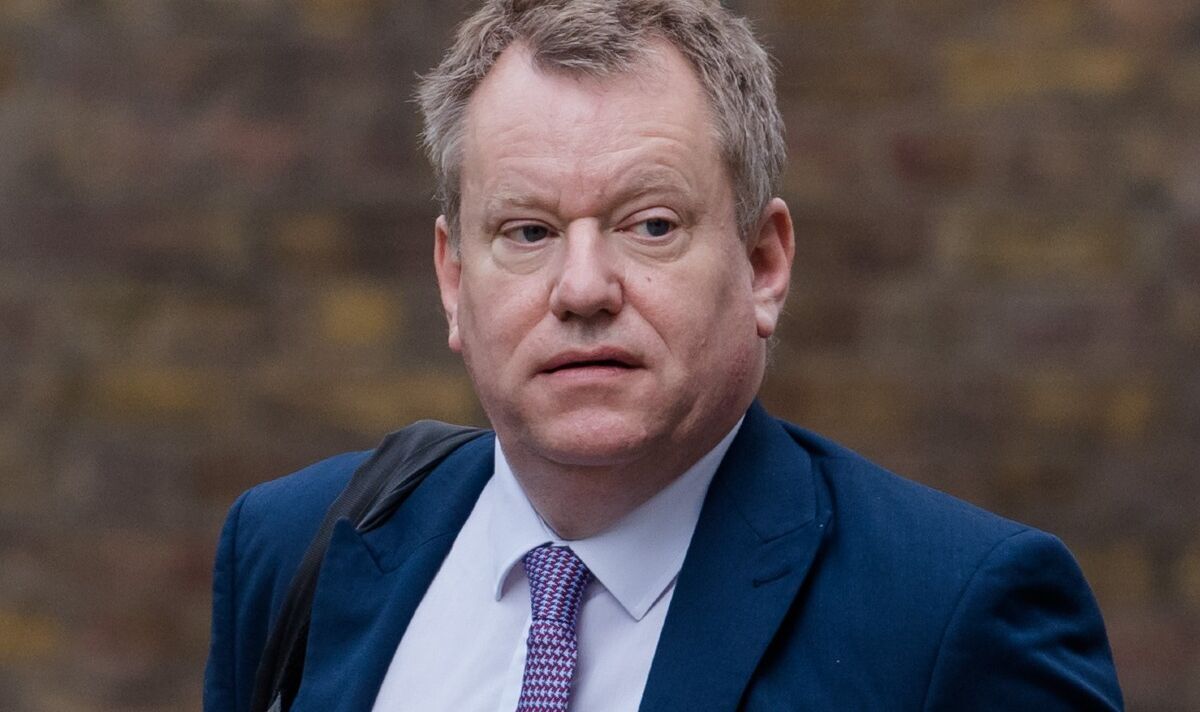 The former Brexit minister said the Prime Minister and Foreign Secretary Liz Truss must act fast to save the Good Friday Agreement as the EU refuses to renegotiate.

Writing for The Telegraph, Lord Frost said Mr Johnson and Ms Truss must act against Brussels with the same determination shown against Russia’s attack on Ukraine.

He wrote: “The Government has no option now other than to act unilaterally to disapply part or all of the Protocol.

“The Belfast Good Friday Agreement, which the Protocol is supposed to protect, is on life support. Sometimes governments and their leaders must just do the right thing.

“Fortunately, doing the right thing is usually also the best thing for our country. Boris Johnson and Liz Truss have shown they are leaders in Ukraine.

“They must now show the same determination in Northern Ireland and finally re-establish self-government for the whole of the UK.”

Though Lord Frost acknowledged that the bloc may retaliate, he said that such a move would be “self-defeating” and “we should not fear it”.

His comments come after Attorney General Suella Braverman said on Thursday, May 12, that action over the Protocol is now “painfully, apparently necessary”, in a major hint the Government will override parts of the post-Brexit agreement.

She did not deny reports she has approved the scrapping of large parts of the deal with emergency legislation.

European leaders have warned the UK not to make the incendiary move, amid fears it could provoke a trade war with Britain’s largest trading partner.

Ministers have been increasingly hinting they could take unilateral action, with Boris Johnson arguing the Good Friday Agreement is more important than the protocol he signed up to.

The Prime Minister said a new executive in Northern Ireland could not be formed under the rules set out in the 1998 peace agreement without changes to the protocol.

The Democratic Unionist Party is refusing to enter a power-sharing administration without significant changes to the protocol designed to prevent a hard border with the Republic.

The DUP opposition comes as Sinn Fein for the first time became the largest party in Stormont after last week’s elections.

Ms Braverman did not deny a Times report that she believes overriding the protocol would be legal because the EU’s implementation of it is “disproportionate and unreasonable”.

She told BBC’s Question Time she could not comment because of conventions binding the Government’s law officers, but suggested unilateral action could be required.

“It doesn’t make sense, and therefore, I think it’s only right that we do take action.

“If this does actually go forward – because there’s a decision yet to be made, I have to be clear, and that is a decision for Government, Cabinet.

“Taking action to try and re-establish the place of the Good Friday Agreement so that both communities feel part of Northern Ireland and the east-west connections are preserved just as strongly as north-south… that action is becoming painfully, apparently necessary.”