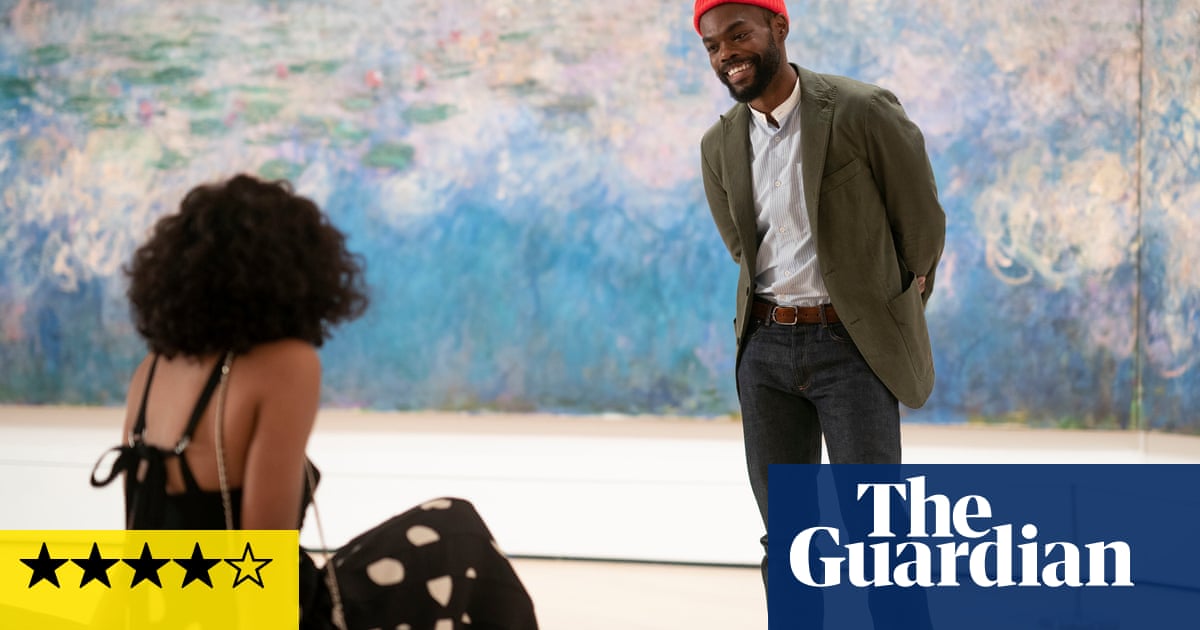 The first season of Love Life (BBC One) centred on Darby Carter, played by Anna Kendrick, and the relationships that defined her life. Some were loving, some were sexual, some were friendly, some a combination of all three, but each of the strands came together to form a neat and charming series about modern life and romance in an arty social corner of New York City. It was a great idea, executed well, and it had an old-fashioned spark to it. Kendrick, rarely unappealing in anything, sold it completely.

This second outing proves it wasn’t just Kendrick who carried the show. The format – most of the episodes focus on, or lead to, a partner of some description – works just as well when transplanted on to someone else’s love life. In this case, it’s Marcus Watkins (The Good Place’s William Jackson Harper), a book editor in his 30s who is married to a woman named Emily. Marcus is a guest at Darby’s wedding in 2016, at which point this forks off from the first season. The big difference is that this isn’t chasing the thrills of Marcus’s youth. Instead, he has already settled down – though there wouldn’t be much drama if his marriage were in fine fettle and each episode dealt with his and Emily’s domestic bliss.

Instead, Marcus meets a woman named Mia, with whom he hits it off instantly. Their friendship ignites, crossing an already blurry line and confusing everyone involved. In the non-love part of his life, he is equally dissatisfied. The racism of the publishing world, and the fact that he is stuck editing books by influencers and not the next great novelist, is making him unhappy, though he is experiencing low-level malaise, rather than great despair. He starts to feel the need for change in every aspect of his life. Watching someone in their 30s work out how to become the person they want to be, and the right person to help them on their way to that, makes for a different series than the first, but one that is just as effective.

Harper’s performance as Marcus is a big part of it. It’s a great skill to take someone who behaves in an objectively terrible way at the outset and turn them into a character the audience roots for wholeheartedly. Love Life is always going to be a deeply romantic series, despite the wobbly routes it takes to get there. That’s part of its appeal, and it does romance impeccably. But it avoids being too sickly sweet, throwing in a touch of realism so all those meet-cutes don’t overwhelm. People behave well and they behave badly; sometimes there are reasons for that, and sometimes there are not. It finds all those human flaws buried within its fairytale facade.

This is billed as a romcom, but it’s more of a rom-dram. We follow Marcus through his divorce, one-night stands, hook-ups with old school friends, dates that go nowhere. It plays fast and loose with time. Some episodes cover a night out; others take in months. We get to know his parents, his sister, his workplace, over the course of five years. It goes by quickly, and this makes a strong case for every episode of every series to be no more than 30 minutes long. There is no room for dramatic malingering in such a tight timeframe.

Eventually, Marcus figures it out, just as Darby did before him. It takes a lot of missteps and mistakes and clever moves to get there. It isn’t clear who he will end up with, until it is. But watching this delightful show weave all those elements together until it finds a path to satisfaction is a real treat.