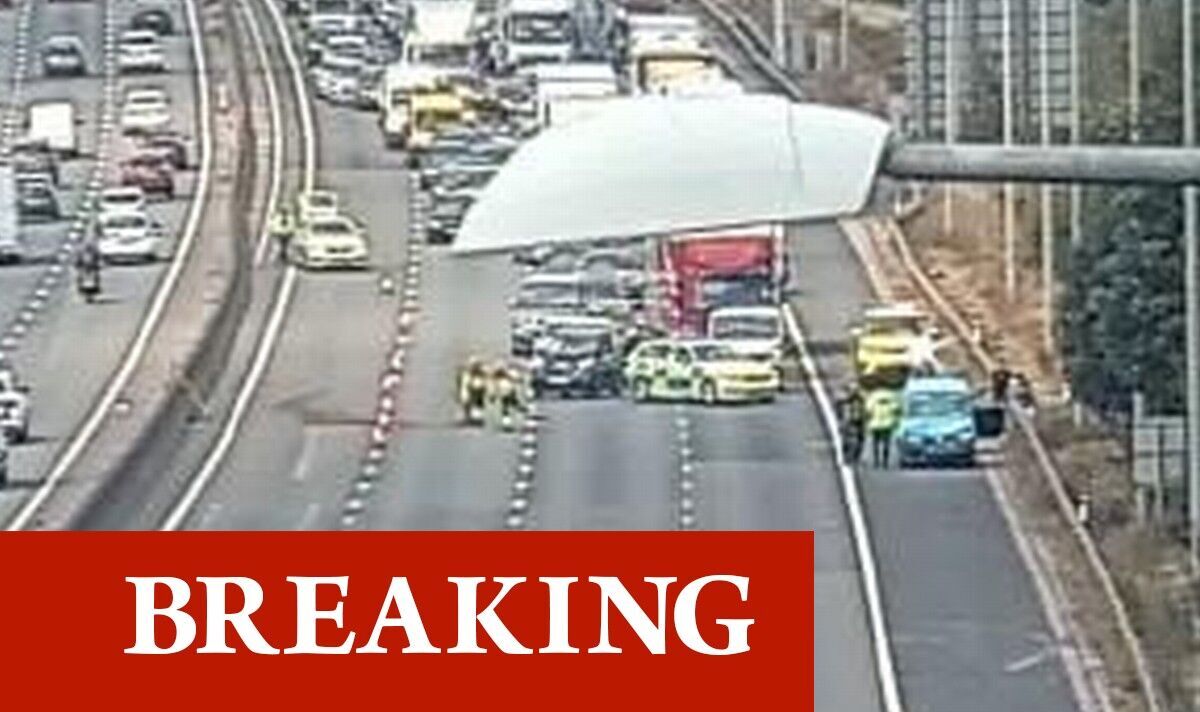 A smash this afternoon has crashed traffic to build in the approach to rush hour. Lorries and cars have been brought to a standstill on the M25 clockwise carriageway of the major motorway.

This has impacted between Junction 29, the A127 at Basildon, to Junction 30, Lakeside, according to reports.

Essex Travel News confirmed the news in a post on Twitter: “M25 Clockwise – ALL TRAFFIC BEING HELD between J29 (A127) and J30 (A13) following an accident.

It is not yet clear whether the crash has resulted in any injuries.

Essex Live reported that traffic cameras appear to show a “large number” of emergency services at the scene.

The crash was reported at around 2.50pm.

By 3.20pm, reports suggested all lanes had reopened, but long delays remained.