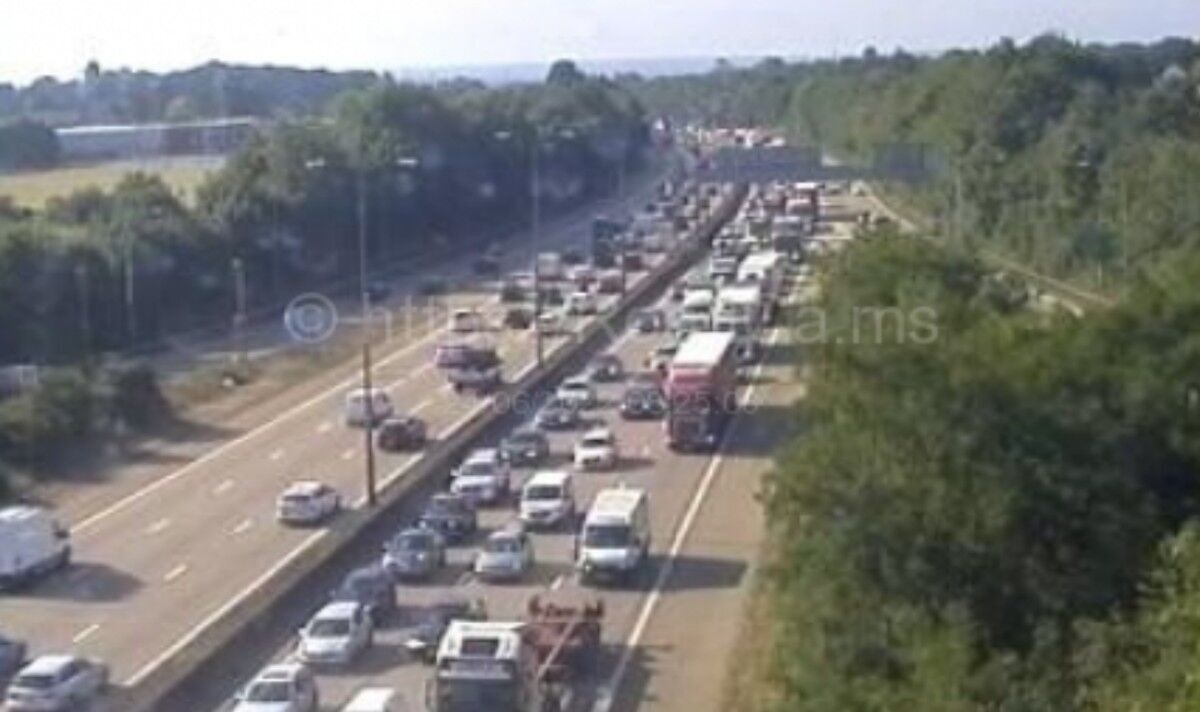 Three lanes have closed on the clockwise M25 between junction 12 for the M3 and junction 13 Staines due to a multi vehicle collision, according to National Highways. Traffic officers are at the scene along with Surrey Fire and Rescue Service.

National Highways is warning motorists of delays building on the approach to the incident.

Travel monitoring site Inrix said a car and a van were involved in the crash with congestion up to to junction 11 (Chertsey). It added that queues have backed onto the M3 northbound with onlookers queueing anticlockwise.

Inrix reported lanes one, two and three of five are blocked. It is not yet known if anyone has been injured.

National Highways expects traffic conditions to return to normal between 10am and 10.15am. Inrix reported just after 9am that all lanes had reopened.

It adds: “There are currently delays of 40 minutes against expected traffic.”

There are also reports of congestion on the M25 anticlockwise exit slip at junction J21A Bricket Wood Interchange with warnings of 10 minute long delays.

One lane has closed on the M25 clockwise between junctions 27 Theydon Interchange and 28 due to another crash.

National Highways said traffic conditions are expected to return to normal between 11.15am and 11.30am.

Motorists have been advised to find another route by Cambridgeshire Police.

An INRIX update said local roads through Doggington have become congested as traffic is diverted.

The latest update read: “A141 Isle Of Ely Way both directions, between A142 / Bridge Street (Chatteris) and B1093 (Wimblington / Doddington turn, Wimblington).

A broken down vehicle has also caused delays on the M6 southbound between J19 and J18.

It is expected to clear between 9.30am and 9.45am with normal traffic conditions expected between the same times, according to National Highways.

There are also warnings of delays on the A66 westbound at the junction with the A6.

The route is expected to clear between midday and 12.15pm.

In Wales, a broken down vehicle has closed a lane on the westbound A55 at J27A Pont Dafydd to J27 St Asaph.

Traffic Wales is warning of severe disruption with the road expected to clear by 10.20am.