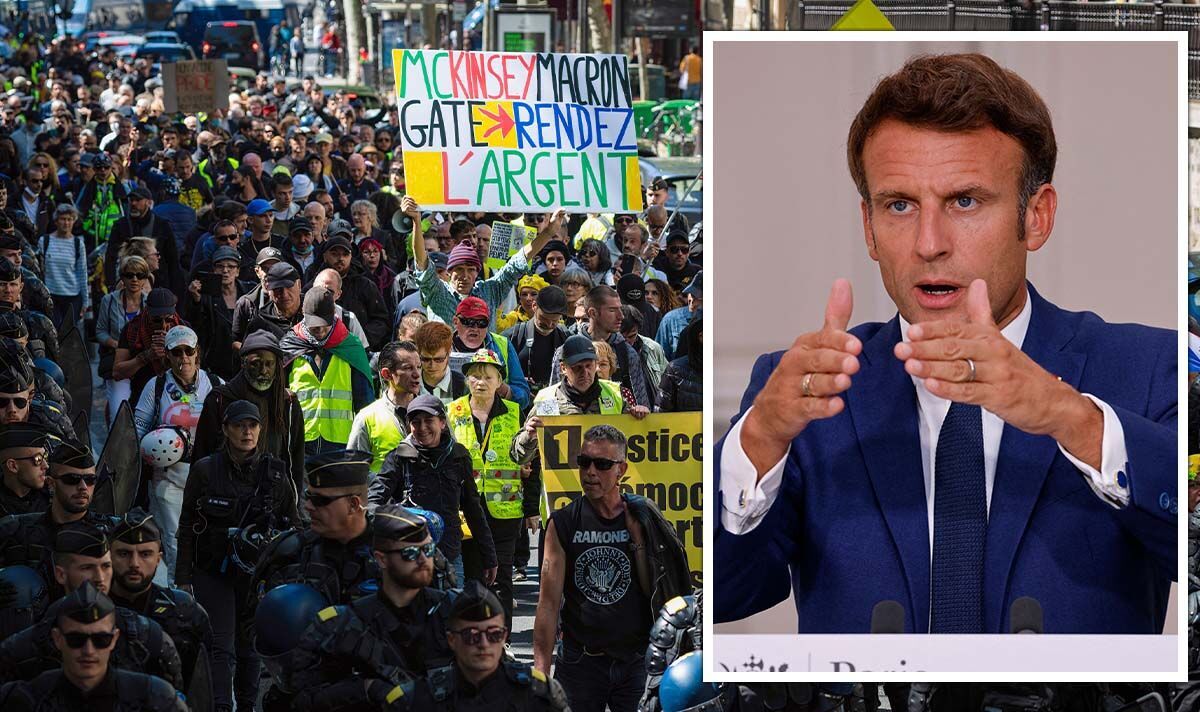 A new report has warned the risks of civil unrest are growing in even the wealthiest countries of Europe, particularly due to the skyrocketing energy bills and cost of living crisis. Risk consultancy firm Verisk Maplecroft warned that many European countries, including France, Germany and Norway could face increasing disruption to daily life as a result of labour action. Over the past year, the cost of wholesale gas has risen to astronomical levels, particularly aggravated by Russia’s invasion of Ukraine.

These costs are gradually being passed down to customers, with households facing record high energy bills.

Speaking to Express.co.uk, Verisk Maplecroft’s principal analyst Torbjorn Soltvedt noted that France in particular was at “high risk” of civil unrest, and did not rule out the possibility of strikes becoming violent.

He said: “France is worth highlighting, it is relatively high risk for civil unrest for Western Europe, whereas the UK and Germany are both medium-risk countries.

“We’ve seen quite a lot of examples of significant civil unrest in France in recent years, with the Yellow Vests and the other types of movements.

“When we measure civil unrest, we also take into account the frequency and severity of events in recent years, that negatively impact France’s score.”

The report by Verisk found that inflation was the driving factor for growing civil discontent around the world.

Mr Soltvedt noted: “I think if you look at some particular regions like Europe, energy prices are big driver behind inflation.

“In terms of Europe and many other countries around the world, when populations are squeezed in the cost of living crisis, the social economic pressures start to grow.

“Then the path for disgruntled populations to take to the streets and go on strikes and engage in other forms of labour activism is much shorter.

“That’s where that risk is coming from, and inflation is the biggest driver of that risk.”

Verisk’s latest report on its civil unrest index found over half of the almost 200 countries covered experienced an increase in mass mobilisations risk between the second and the third quarter of 2022.

Mr Soltvedt added that amidst threats of Russia cutting of gas supplies to Europe, EU nations could face even greater risks of civil unrest if they are hit with a cold winter.

He said: “It’s not just about the situation with Russia cutting off gas supplies, but rather a whole range of cascading effects.