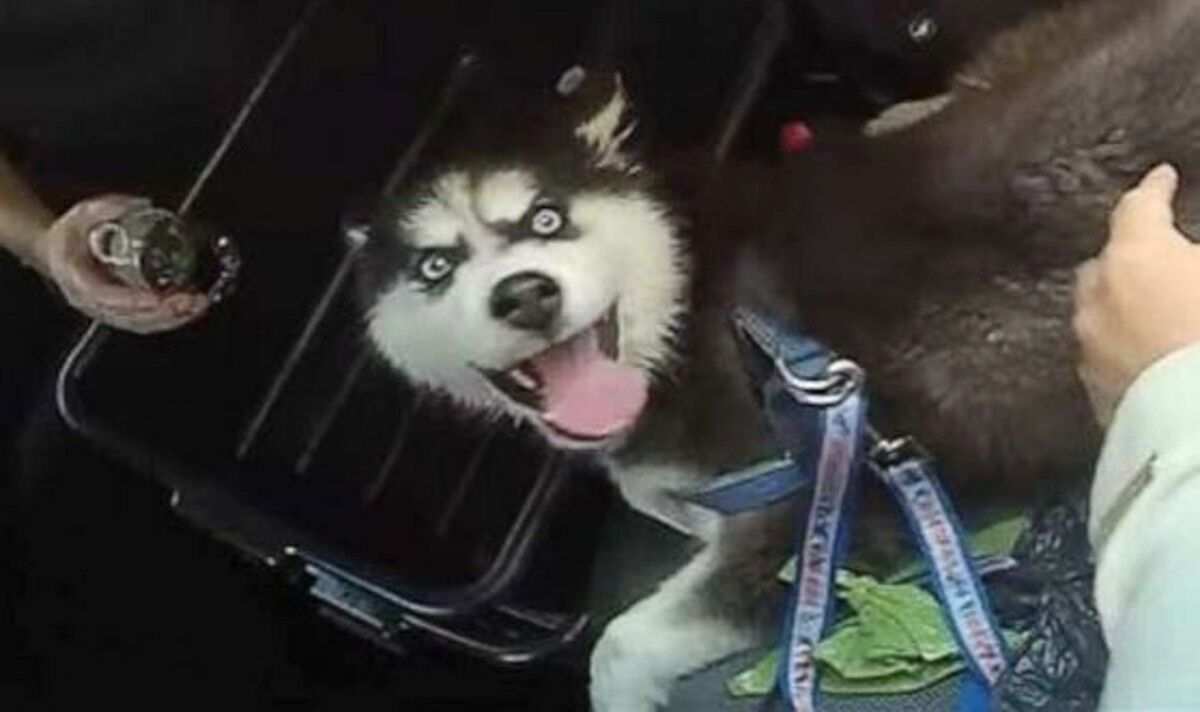 The Las Vegas Metropolitan Police Department received a call from security at the Bellagio Hotel and Casino on July 20, after they discovered the dog. It was locked inside a vehicle on the top floor of their parking garage with its mouth taped shut. The temperature in Las Vegas that day was 45C (113F).

It had been in the car for nearly two hours without air conditioning or water before being rescued, local police said.

Local authorities said security was able to remove the dog from the car through the vehicle’s sunroof.

The man was arrested following the incident.

He has since been charged with willful and malicious torture of an animal.

Body camera footage released by the LVMPD shows the small dog panting heavily in the backseat of the car.

In the footage, a witness can be heard saying: “[There was a] lot of saliva.

“He wasn’t able to breathe.”

A man can then be seen approaching the car as the officer asks him if he is the owner of the vehicle.

He was arrested after he confirmed ownership of the vehicle.

In a statement published on social media, the police said: “Through our investigation, we discovered the dog had been in the car for nearly two hours without air conditioning, food, or water while the vehicle’s owner went inside to gamble.”

The three-month-old Husky puppy is still with animal control and is receiving medical treatment.

The Kennel Club warns dog owners to “Never leave your dog in a parked car on a warm day.”

It explains: “Dogs mainly control their body temperature by panting.

“When a dog is very hot, panting isn’t enough to stop them from overheating.

“In warm weather, the temperature inside a parked car can climb rapidly and will be much higher than outside of the vehicle.

“Dogs left alone in a car on a hot day can quickly become dehydrated, develop heatstroke or even die.”