Skip to content
HomeBusinessMcColl’s to call in administrators, putting 16,000 jobs at risk 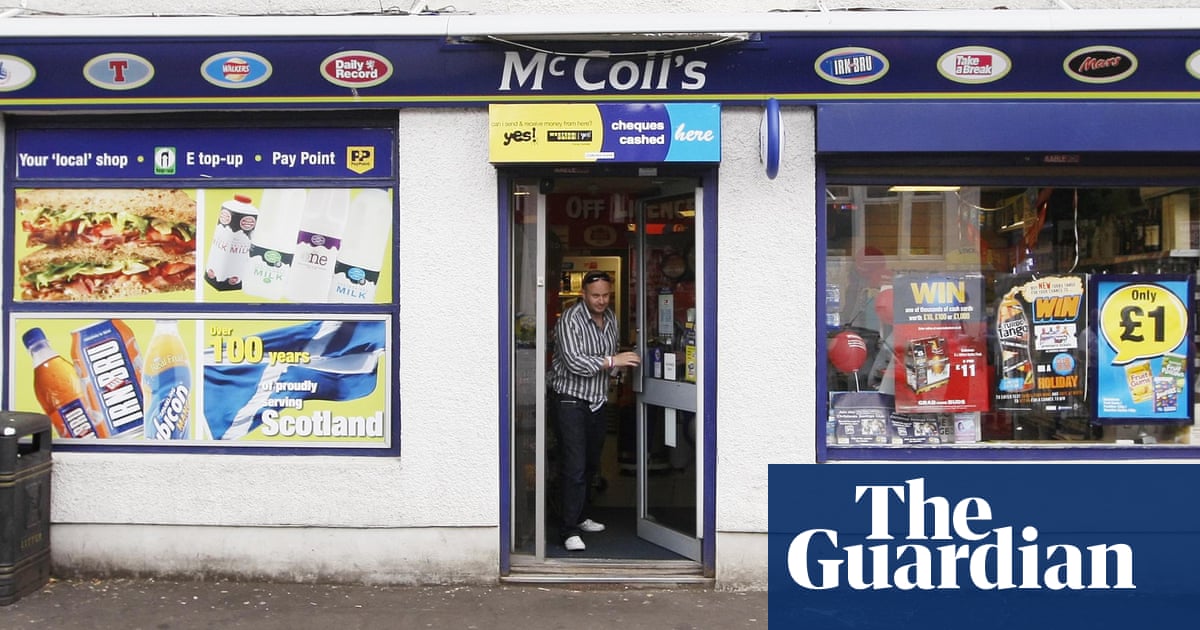 McColl’s is set to appoint administrators, putting 16,000 jobs at risk, after its lenders turned down a last-minute rescue deal from Morrisons.

It is understood that EG Group, the petrol forecourts operator owned by the Blackburn billionaire Issa brothers, is lined up to buy McColl’s out of administration in a deal that would save all jobs and the convenience store group’s more than 1,100 outlets around the country, but would not include its pension scheme.

EG is set to assume McColl’s non-pension debts, which are thought to amount to about £100m, and raise pay for workers from the legal minimum to just over £10.

McColl’s, which is listed on the London Stock Exchange, said its shares were being suspended with immediate effect.

The convenience store chain said it had applied to the courts to appoint administrators from PricewaterhouseCoopers after its lenders had declined to extend credit further and had “made clear that they were not satisfied that discussions [with Morrisons] would reach an outcome acceptable to them”.

The company said it expected administrators to secure a sale of the business “as soon as possible”.

McColl’s pension fund trustees called on any buyer of the business to take on the group’s scheme, which will automatically be assessed by the pensions lifeboat once the business goes into administration. Under the industry-funded Pension Protection Fund, members of the scheme would get up to 90% of their promised benefits.

The trustees said: “Breaking the link between the schemes and the sponsor company, by way of a pre-pack administration, would represent a serious breach of the pension promises made to staff who have served the business loyally over many years, and risks causing the schemes to enter the Pension Protection Fund, with a resulting reduction in benefits.”

The pensions expert John Ralfe said any buyer was highly unlikely to take on the pension burden, which amounts to more than £15m based on the buyout cost for an independent insurance group.

Morrisons put forward a last-minute rescue deal for the McColl’s chain late on Thursday in an attempt to secure its relationship with the retailer, which operates about 250 of its Morrisons Daily outlets.

The supermarket chain is understood to have offered to take on the ailing business as a going concern, assuming its debts and taking responsibility for its pensionscheme.

A spokesperson for Morrisons said: “We had put forward a proposal that would have avoided today’s announcement that McColl’s is being put into administration and kept the vast majority of jobs and stores safe as well as fully protecting pensioners and lenders.

“For thousands of hardworking people and pensioners this is a very disappointing, damaging and unnecessary outcome.”

The deal was put forward after McColl’s warned it was “increasingly likely” to call in administrators.

McColl’s has been in talks for the past six months with its lenders after being hit by supply difficulties and poor sales.

The Morrisons deal, which was first reported by Sky News, would have protected the supermarket’s supply agreement with McColl’s, to which it provides a range of products under the Safeway brand, but would have been an additional financial burden for the UK’s fourth largest supermarket, which was bought out by the US private equity group Clayton, Dubilier & Rice last year.

While many convenience stores did well during the first phase of the coronavirus pandemic, with families choosing to shop closer to home and avoiding big supermarkets, McColl’s lost out.

The group struggled to get enough products on shelves. Its generally smaller stores were also better equipped for quick purchases by commuters and those on the school run rather than a weekly shop.

The group has struggled since the collapse of its former wholesale supplier Palmer & Harvey in 2017, which left it with heavy costs and disruption to deliveries. Since then its supply chain has been further disrupted by another supply partner, Nisa, being taken over by the Co-op and a new deal with Morrisons.

Bryan Roberts, a retail analyst at Shopfloor Insights, said: “McColl’s should have had a good pandemic, but it does not have a full range and its pricing is out of kilter. It is somewhere you go because you have to, not because you want to.”

McColl’s traces its roots to 1901, when a Scottish footballer, Robert Smyth McColl, opened the first RS McColl in Glasgow. The modern business began in 1973 as a vending machine operator and went on to buy several convenience store chains before focusing solely on retail in 2000.