Skip to content
HomeNewsMcDonnell blasts Starmer over resignation threat ‘Should have done it Friday!’ 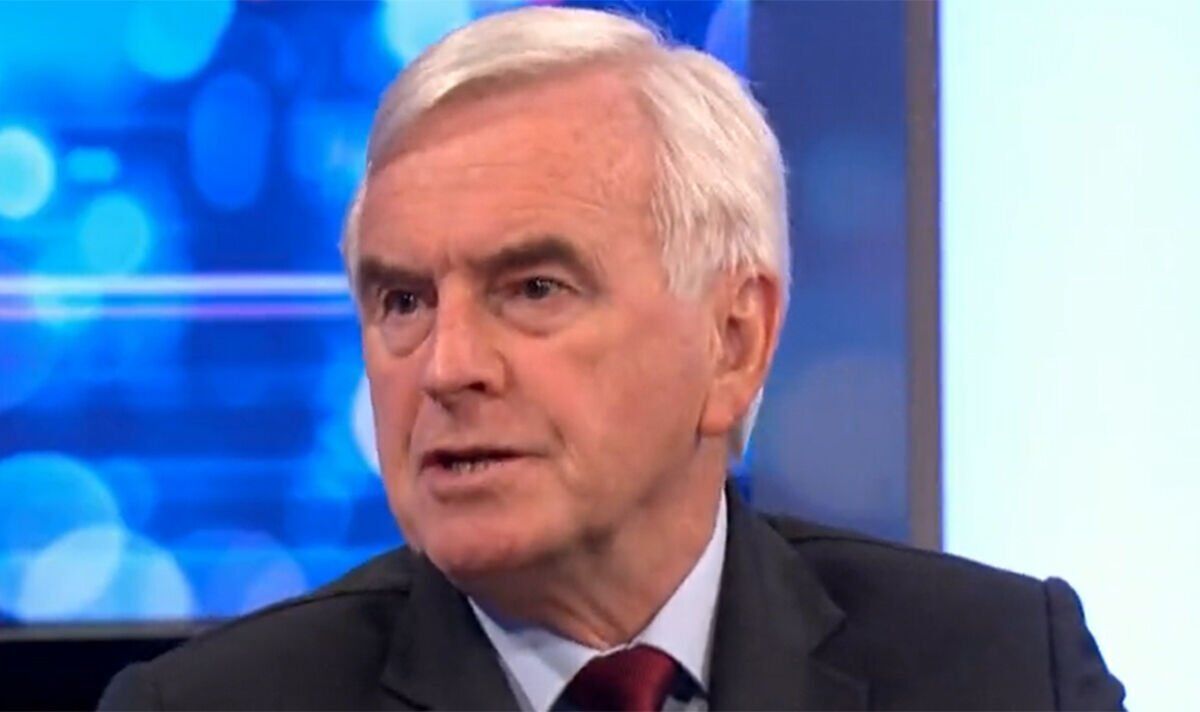 Former Shadow Chancellor John McDonnell said Sir Keir Starmer had cornered himself and “couldn’t do anything else” but offer his resignation if he was fined by Durham police. In an astonishing televised statement this week, the Labour leader pledged to quit if given a fine for breaking lockdown rules. During an appearance on ITV’s Peston programme, Mr McDonnell was asked if Keir Starmer was right to make the pledge.

Mr McDonnell bashed Sir Keir for acting too slow, saying the Labour leader should have made his resignation offer on Friday instead of “sitting over the weekend waiting for advisers”.

In a scathing remark, he suggested that the embattled Labour leader has got to improve his decision-making and bolster his PR team.

“Once he’d called on the Prime Minister to go, he couldn’t do anything else.”

JUST IN: ‘No other solution!’ EU leader threatens to ‘revoke’ Brexit

Mr McDonnell continued: “The issue for me, he should have done it straight away on Friday, nailed it then, rather than sitting over the weekend waiting for advisers.

“Part of the lesson to learn from this is actually Keir’s got to get his public relations team working effectively, and also the decision-making’s got to be quicker.”

The opposition leader has been under pressure after police announced a probe into an event in April 2021.

The threat to resign comes after he had previously called on Prime Minister Boris Johnson and Chancellor Rishi Sunak to resign over attending Downing Street lockdown events.

It’s thought the police investigation could last up to eight weeks.

The party claims it has “documentary evidence” that people worked before and after the meal on the night in question.

Sir Keir’s deputy leader Angela Rayner, also at the event, said she too would step down if she were to be fined.

On Thursday, Mr Johnson refused to be drawn on whether he should resign following Sir Keir’s vow to step aside.