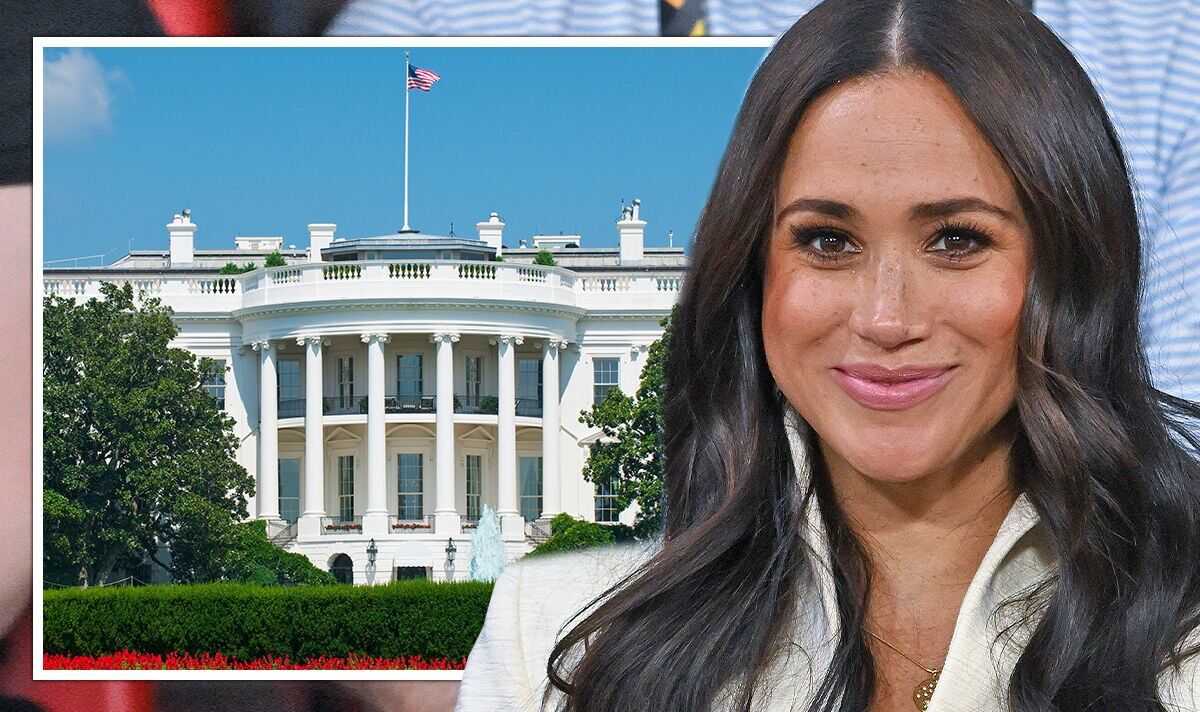 “You could say she is computer generated from a Democrat strategist’s point of view,” he said noting her celebrity status, mixed race profile, personal wealth, Hollywood and Royal background, and “wokish views”.

“Not for blue collar districts like the midwest but if you put her in New York, LA or Chicago, the big Democrat strongholds, with that upmarket profile it sells really well.”

He went on: “You need to be the next Trump you need name recognition. You need either your own money or the ability to raise it.”

He noted that the “same heavy hitters in the Democrats who love [Vice President] Kamala Harris would also love Meghan Markle” because of the ability to raise campaign finances.

Mr Basham noted that many in America expect Joe Biden not to run at the next election with the Democracy Institute/ Express.co.uk poll showing that 63 percent do not think he can be reelected.

He agreed that the expectation is that the Democrats will go for a female candidate in 2024 who is likely to run against Donald Trump.

Of the potential big names Meghan is second favourite among Democrat voters on 17 percent behind Michelle Obama, the former First Lady, on 39 percent but well ahead of Vice President Harris (11 percent) and Hilary Clinton (13 percent).

In a match up with Trump, the Duchess would lose 46 percent to 39 percent but crucially, unlike all the other candidates, there would be a 15 percent of undecideds among likely voters polled by the Democracy Institute which could hand her a surprise path to the White House.

READ MORE: Boris ‘will be forced to resign’ if Starmer quits over beergate

“She is listed on our poll as a Democrat pretty much anyone would get 35 percent of the vote.”

However he said she does not carry the political baggage of a candidate like Hilary Clinton.

“There are not the intensely felt negative attitudes towards her as other candidates.”

He noted that the celebrity status would help.

“When her people were looking at a potential candidacy they were thinking Trump did it, everyone knows Oprah would win if she ran.

“So the notion of an independent celebrity candidacy is no longer fanciful.

But he also predicted that her first run could be as an Independent where she would have nothing to lose.

“If you are not sullied and dirtied yet by party politics there is always the possibility that someone like her might try the Independent route and try to prove how different they are above it all they are and new and shiny they are.

“Given her age, if she is truly politically ambitious she may decide to have a go thinking nobody will expect me to win but maybe the Democrats will come begging because they have run out of older candidates who are past their sell-by date.”

He went on: To some extent she is [a Democrat version of Trump] because her brand is not a political brand it is a celebrity brand. She is known for something besides politics.

“So she comes in with the affections of those enjoy the Royal family saga and Hollywood TV thing. There is a core of support for someone who fits that profile.

“She is young she is telegenic, modern. There is a bi-racial candidacy.”