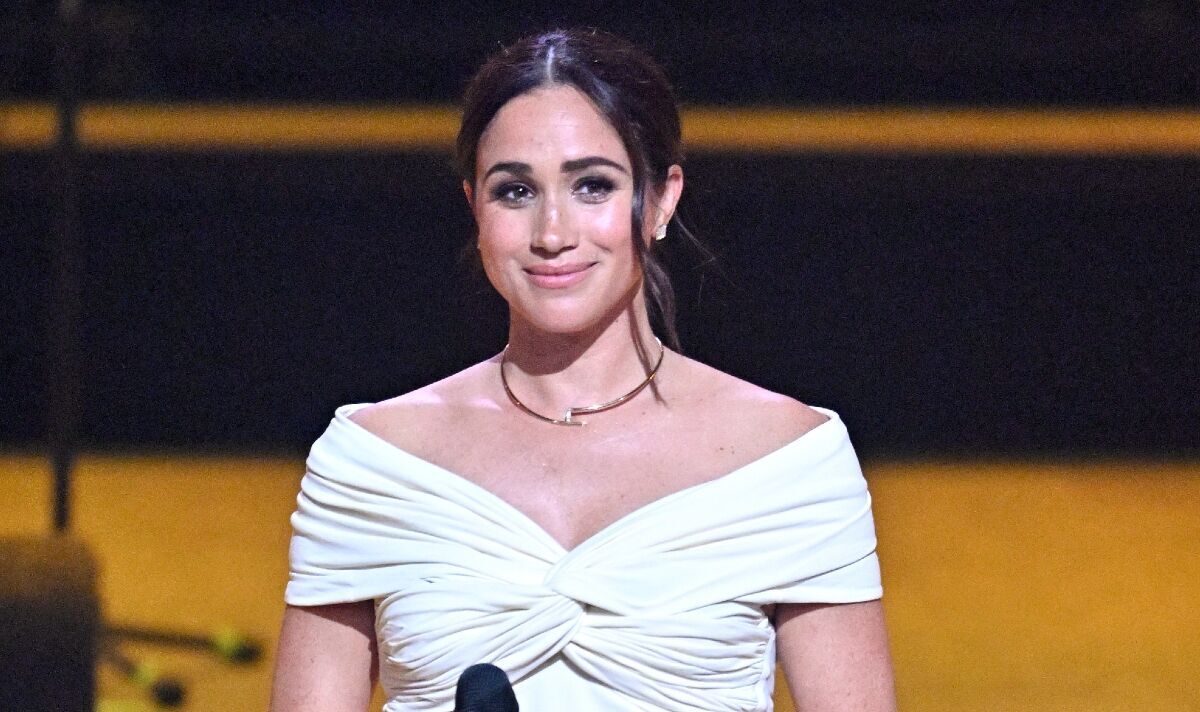 Last week, it was announced that the children’s show, which featured the Duchess of Sussex as executive producer, was cancelled by the streaming giant. The project was one of two announced by Meghan, 40, and Prince Harry, 37, who announced their collaboration with Netflix back in 2020.

The couple’s deal with the streaming service is speculated to be worth around $100m (£72m).

The show was axed amid a series of cutbacks prompted by Netflix announcing that it had missed its subscriber growth estimates and saw declining sales shares in its latest quarter.

A description of the animated series was previously featured under the Archewell Productions subsection of the website, however, it was removed on Sunday.

The now-removed quote was part of the statement released by the Sussexes to announce the project.

It said: “Like many girls her age, our heroine Pearl is on a journey of self-discovery as she tries to overcome life’s daily challenges.

“I’m thrilled that Archewell Productions, partnered with the powerhouse platform of Netflix and these incredible producers, will together bring you this new animated series, which celebrates extraordinary women throughout history.”

Despite this, reference to the production still features under the ‘news’ category of Meghan and Harry’s site.

The post, dating from July 2021, features the same above statement credited to “Meghan, The Duchess of Sussex, Co-Founder of Archewell Productions”.

Through this commercial arm of their foundation, the Duke and Duchess said their intention was to produce documentaries, docuseries, feature films, scripted shows and children’s programming, all of which aim to be “inspirational”.

The dedicated segment of their website now features Heart of Invictus as its only media project.

The documentary-style series follows competitors on their journey to the Invictus Games, which took place in The Hague last month.

Meghan and Harry attended the first few days of the sporting competition together and were followed by film crews from Netflix while there.

After quitting royal duties, Harry and Meghan also signed a deal with Spotify under the Archewell Audio division of their foundation.

Since signing the deal, Harry and Meghan have only published one podcast episode so far.

The couple released a 35-minute ‘holiday special’ in December 2020, featuring some of their celebrity friends like James Corden.

The podcast also featured their son Archie sharing a festive greeting with the audience.

The couple also recently revealed they are working on a project entitled ‘Archetypes’, which is expected to debut on the platform this summer.

A statement detailed that the show will investigate “the labels that try to hold women back.”

It will be hosted by Meghan, who will “speak with historians and experts to uncover the origin of these stereotypes and have uncensored conversations with women who know all too well how these typecasts shape narratives.”