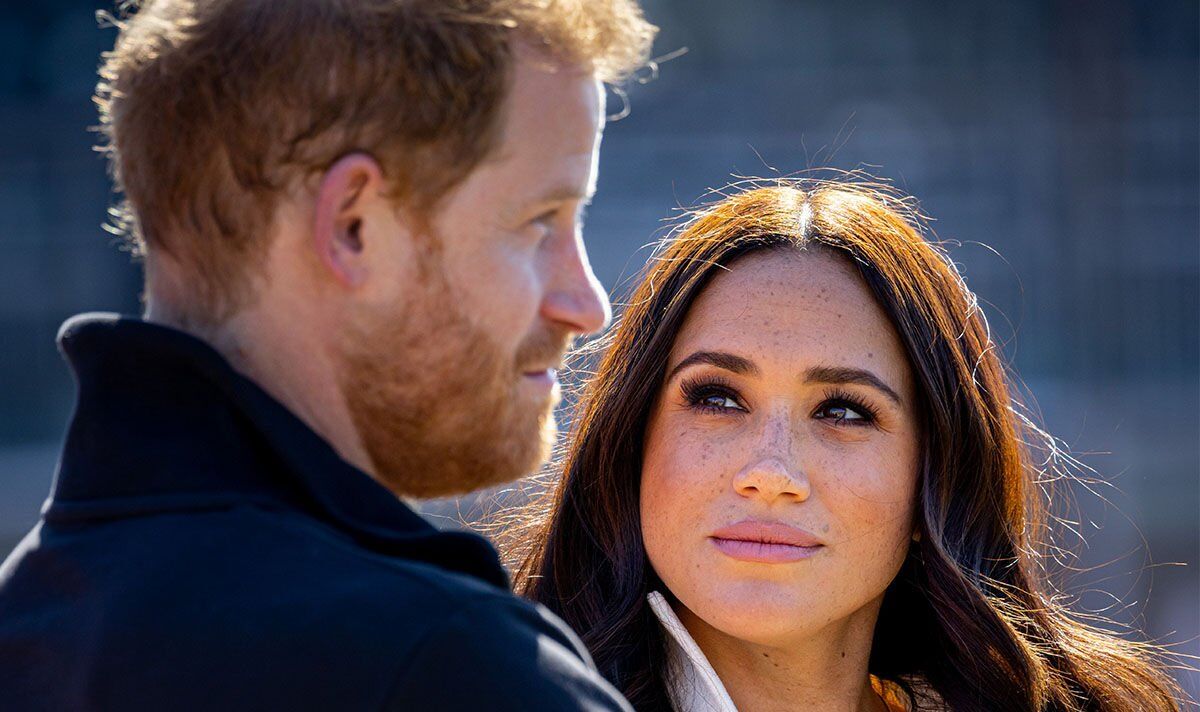 Meghan Markle’s wedding to Prince Harry included a star-studded guest list such as Oprah Winfrey and George and Amal Clooney. Royal author Tom Bower has since claimed that he was told by Thomas Markle that Meghan barely knew the Hollywood A-listers. Speaking to Palace Confidential on Mailplus, Mr Bower said: “Thomas Markle told me that he knew the people at the wedding better than Meghan because he had filmed with them all at ABC and other studios.

Meghan and Harry tied the knot on May 19, 2018, at St George’s Chapel in a highly publicised event.

But the Duke and Duchess of Sussex reportedly have unseen footage from the day which they are looking at sharing on Netflix.

NBC royal expert Neil Sean has claimed Netflix “thinks it is a good idea” for the royal couple to release the footage with their own commentary.

Speaking on his YouTube channel, Mr Sean claimed: “What they’re looking at as an idea is themselves going through their own wedding pictures and screening unseen footage on a big screen and then providing the commentary.

“I’m sure lots of media will but the basic idea is really this, their team has decided to look back on something when the public really like them.

“Share a memory of the times where things were a little happier and the public seemed to connect with them.

“This is a very clever move if this allegedly goes forward as it would given us a very rare insight into a British royal wedding.”

It comes as Harry and Meghan are expected to relaunch their social media channels after royal watchers spotted a photographer following them during their New York visit.