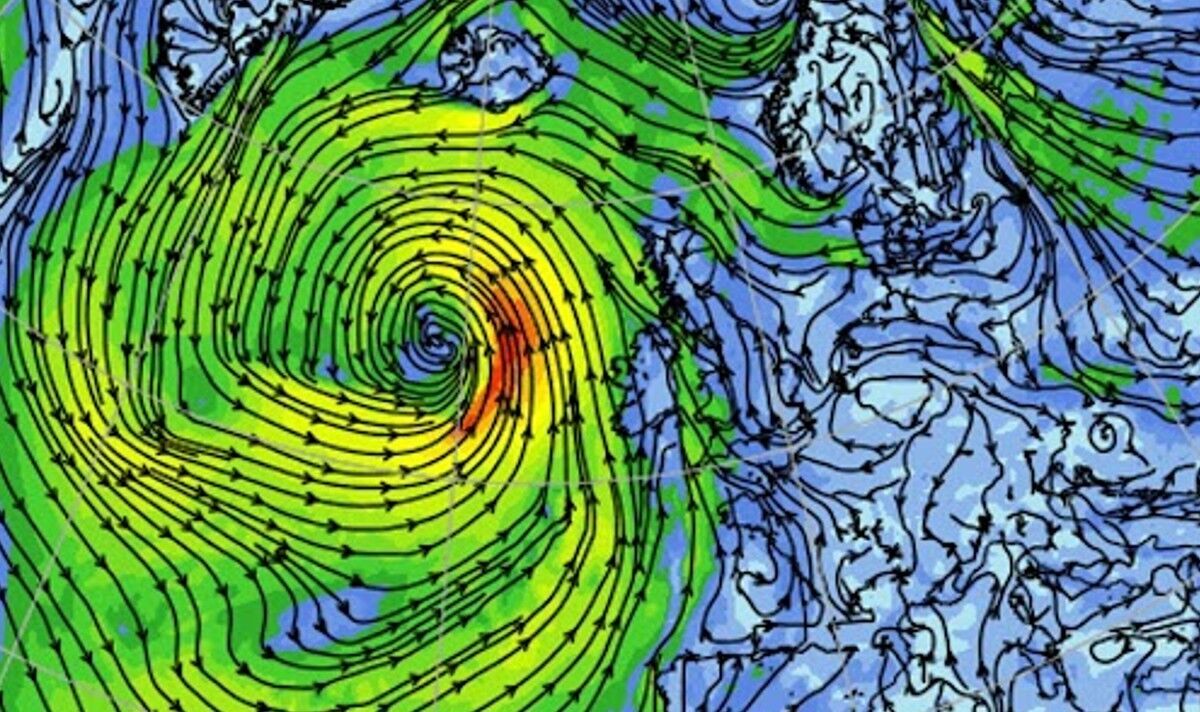 The Met Office has warned that homes may be flooded and there could be structural damage to buildings due to lightning strikes. Some places are expected to see as much as 20-30mm of rain in less than an hour, forecasters said. The severe weather could affect local transport, causing cancellations to train and bus services.

The Met Office said: “Although the locations affected by thunderstorms remain uncertain, a few places may experience a combination of heavy rain, frequent lightning and hail during Sunday night.

“Should thunderstorms develop, they are likely to move north from the south coast during Sunday evening into parts of South Wales, southern England and East Anglia overnight before gradually weakening during Monday morning.

“Whilst some places will remain dry, a few places may see 20-30 mm of rain fall in less than an hour, with frequent lightning and hail additional hazards.”

The UK’s weather experts told the public to expect temporary power cuts to their homes and the “loss of other services”.

Forecasters said driving conditions were likely to be treacherous, with flooding possibly leading to some road closures.

The unstable weather is being caused by a tropical plume drifting up across France and which originated in North Africa.

Met Office forecaster Alex Deakin noted: “Some pretty warm and humid air is drifting up across France, and that is likely to spark some heavy thundery showers that may well drift northwards on Saturday night and still be across some parts of England and Wales on Sunday.

“Sunday will be a warm humid day with the risk of heavy thundery showers.

“Between the showers there will be some breaks in the cloud and some sunshine, and temperatures could get into the mid-20Cs.

“If you have weather-dependant plans on Sunday, keep up to date with the forecasts.”

England and Wales received only half the normal amount of rainfall in April as a result of the unseasonably dry weather.

Farmers are desperate for rain to help wash in fertiliser that has ben applied in recent weeks.

Guy Smith, who farms 350ha in St Osyth, Essex, told Farmers Weekly: “The weather is just so contrary these days.

“In this patch of Essex, having struggled with too much rain in the autumn and not getting crops established, we seem to be straight into the spring drought.

“Some crops are up nicely, but others on less than decent seedbeds are now really struggling.”