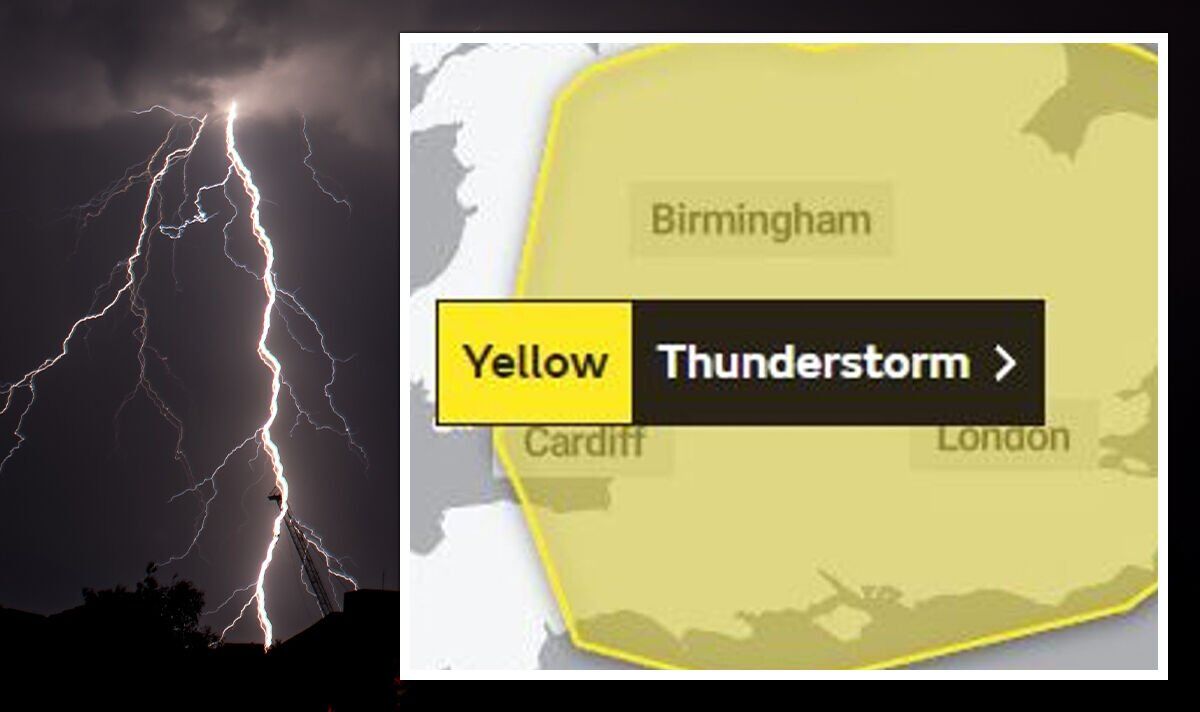 The yellow weather warning has been in place from 10am today (June 23) and will lapse at midnight, but not before thunder and lightning wreaks havoc across much of the country. The forecaster is urging vigilance as potential flash flooding could reach parts of the UK. And now Manchester, Preston, Lancashire and much of Wales are included in the alert which spans further north west.  It has also “trimmed” the warning from the far east and south east of England, with a strong likelihood that these areas will miss the thunder and lightning action.

But for those still blanketed by the warning, the Met Office suggests up to 60mm of rainwater may fall in the space of two to three hours as torrential downpours batter much of Britain.

The forecaster is expecting flash flooding could wreck some homes and businesses, with damage potentially caused to some buildings.

The Met Office said: “There is a small chance of fast flowing or deep flood water causing danger to life.

“Where flooding or lightning strikes occur, there is a chance of delays and some cancellations to train or bus services.”

There are already mass cancellations to train services across the country due to workers’ strikes.

A large 80 percent of railway lines and stations are out of service as employees take to the picket line.

It also warns of impaired driving conditions which may lead to some roads being completely cut off, stopping residents from leaving their homes.

In its advice to people on how to keep safe amid a storm, it says the summer months are when such weather conditions will produce large hail, gusty winds and torrential downpours.

More as we get it