Skip to content
HomeNewsMigrant shouts ‘Help!’ through Manston wire fence before being dragged away by staff 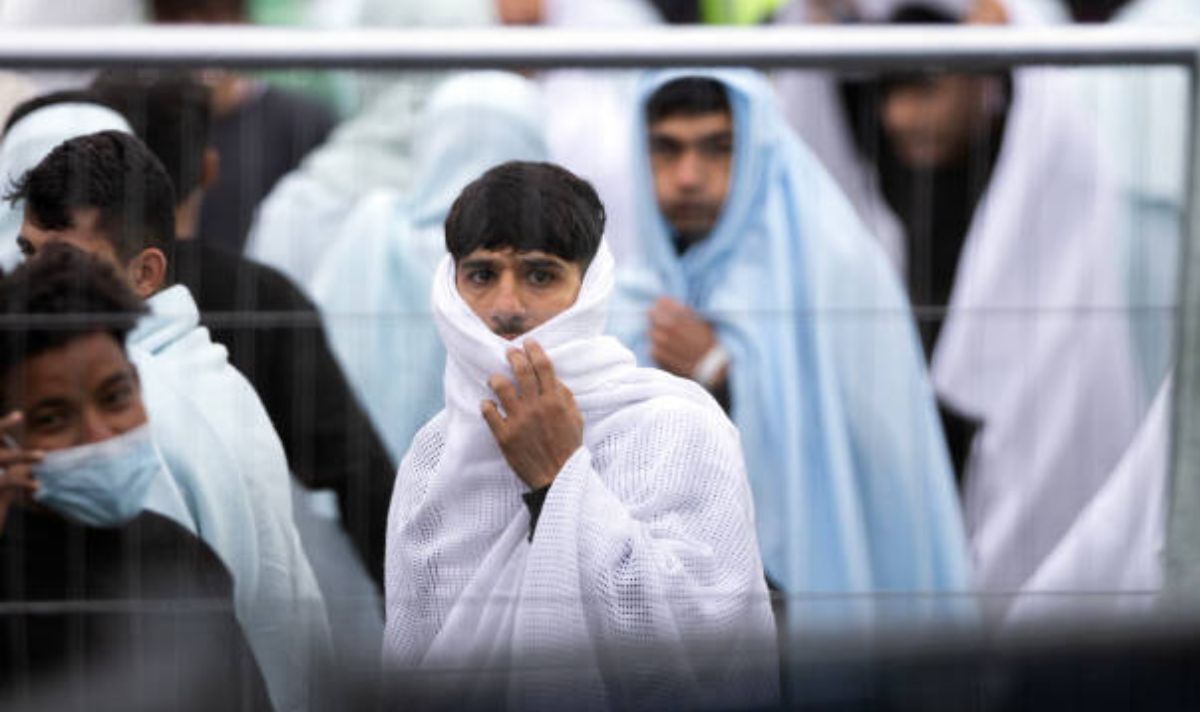 A photographer has captured the moment a male migrant screamed “Help!” through the wire fence of the Manston immigration centre in Kent before he was dragged away. The man was crying out to nearby journalists when the staff at the centre pinned him against the fence and forced him out of view.

He claimed he had been there for 30 days as staff were trying to get him to keep quiet.

While the occupancy level has reduced to 1,600 from highs of 4,000 last week, the centre has come under fire for its overcrowding.

One local claimed the migrants “play up” when they know journalists are around.

However the incident came shortly after MPs from three parliamentary committees raised concerns about conditions at the centre.

Anum Qaisar, the SNP MP for Airdrie and Shotts, told reporters afterwards: “I saw young children in tents, and the reality is that the Home Secretary has a lot to answer for.”

She added: “I don’t trust the Tory Government.”

Home Secretary Suella Braverman has been accused of failing to appropriately handle the situation as thousands are left waiting to be processed.

A migrant centre in nearby Dover was attacked by a man throwing petrol bombs last month, with two people inside the centre suffering minor injuries.

It is understood the suspect later took his own life, with Ms Braverman describing the incident as “distressing”.

The attack added to the congestion at Manston as 700 migrants had to be moved there for their own safety.