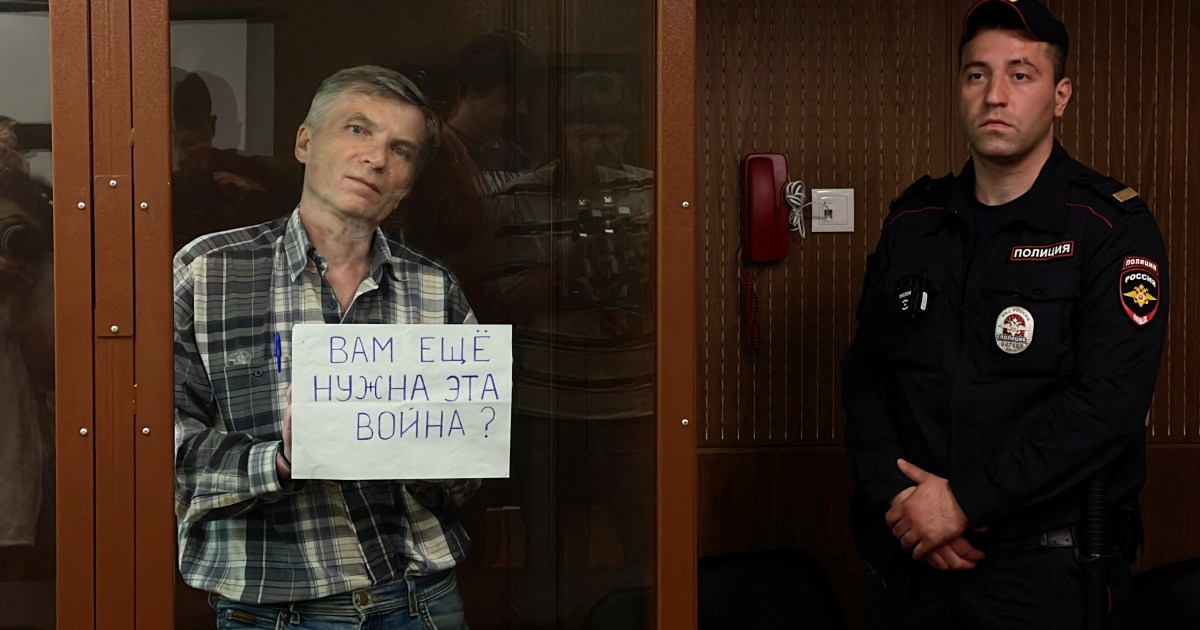 Alexei Gorinov told a council meeting on March 15 that Russia was waging a war of aggression against Ukraine.

A Moscow district councillor has been jailed for seven years for criticising Russia’s invasion of Ukraine, in what a Kremlin-critical lawyer said was the first case of anyone going to prison under a new law on “fake information”.

Alexei Gorinov, a member of the Krasnoselsky district council, told a council meeting on March 15, where a children’s drawing contest was discussed, that Russia was waging a war of aggression against Ukraine.

“What kind of children’s drawing contest can we talk about for Children’s Day … when we have children dying every day?” he says in a recording of the meeting posted on YouTube.

He was arrested under Article 207.3 of the criminal code, passed shortly after Russia invaded Ukraine on February 24 to outlaw “deliberate dissemination of fake information about Russia’s army”, defined as information deviating from official reports.

Gorinov’s supporters posted a picture on their Telegram channel of the councillor, handcuffed in a glass defendant’s cage, holding up a placard reading: “Do you still need this war?” during the proceedings.

Leonid Volkov, chief of staff for jailed opposition leader Alexey Navalny, said the sentence – confirmed on the court’s own Telegram account – was meant to make an example of people using the word “war” to refer to Russia’s actions in Ukraine.

Since beginning what it calls a “special military operation”, Russia has cracked down on media and individuals referring to its actions as a “war” or “invasion”.

Many people have been handed administrative fines for protesting against the war, but lawyer Pavel Chikov said on Telegram that only two others had been convicted of criminal offences under Article 207.3, and that one had been fined and the other given a suspended jail sentence.

Russia has said it had to use force to defend persecuted Russian-speakers and defuse a military threat from Ukraine.

Kyiv and its Western allies dismiss such justifications as baseless pretexts for a war of conquest that has cost thousands of lives, razed towns and cities and displaced a third of Ukraine’s population.