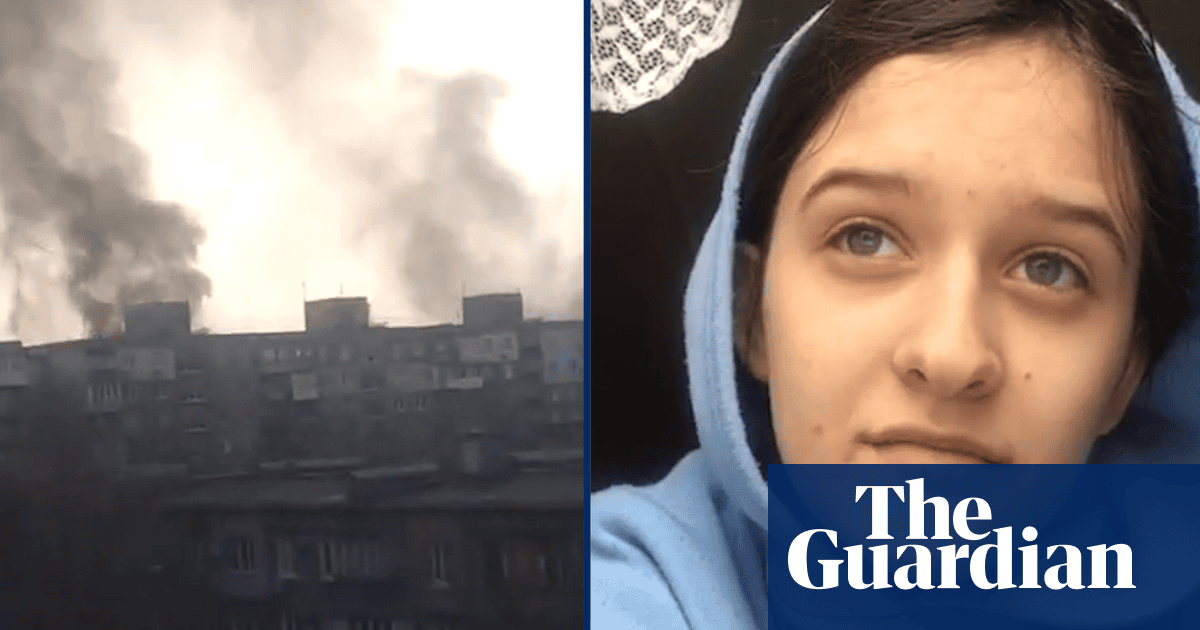 When the Russian invasion reached Mariupol in Ukraine at the end of February, Alena Zagreba, 15, went from filming vlogs with her friends to chronicling the destruction of her home city.

While most people hid in bunkers and cellars, Alena and her parents stayed above ground, and her videos are a rare insight into the intense attacks by Russian forces.

Alena melted snow for water while her parents cooked on makeshift fire pits outside. The family survived by moving from house to house as shelling made their home and other shelters uninhabitable. Alena said at one point in the diary that her nerves had been ‘destroyed’ by the constant bombardment.

After fleeing to the Ukrainian-controlled city of Zaporizhzhia, Alena and her mother moved to Luxembourg, where the teenager has resumed school – while her father is still in Ukraine as men aged 18-60 have been ordered by the government to remain in the country