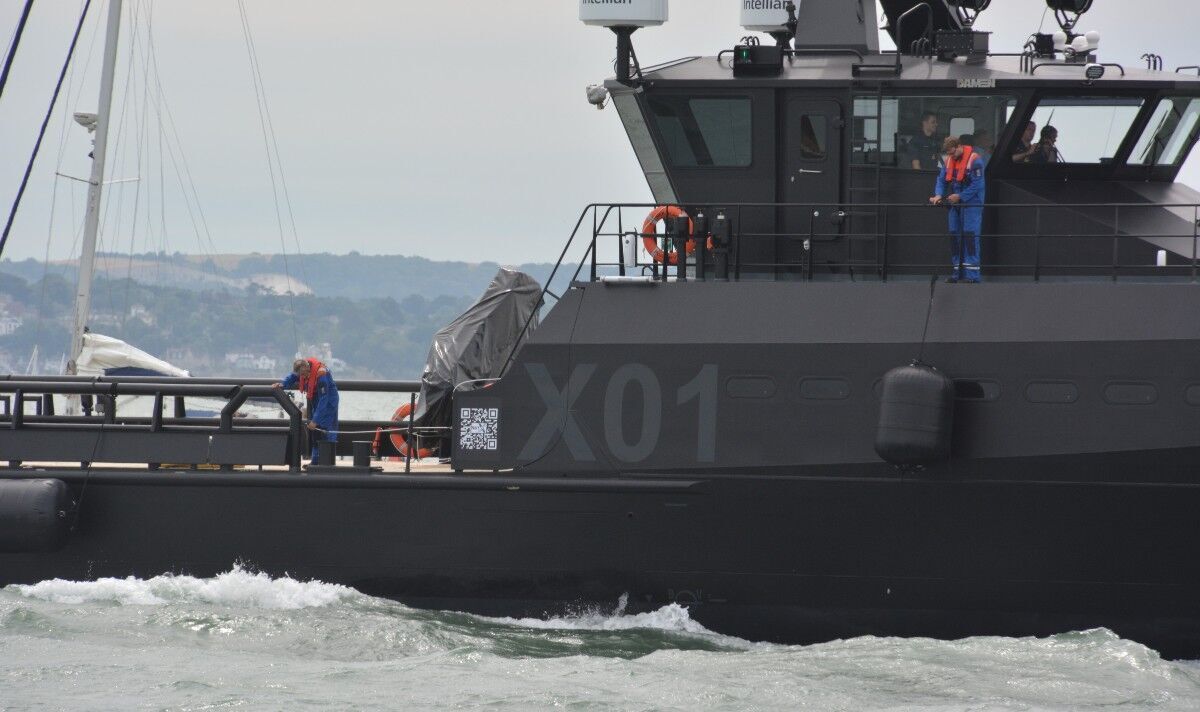 The experimental warship will be used to test state-of-the-art technology, including autonomous systems. This vessel, which is 42 metres long, was converted from a Dutch-made Damen 4008 Fast Crew Supply Ship, which was then painted in matte black with the insignia X01 marked on the side. Using this 270-tonne warship, NavyX, the Navy’s innovation experts, will new systems without having to use one of the fleet’s smaller vessels.

“She is an experimental vessel and will enable us to test new kit and technology pushing us even more to the forefront of warfare.”

A spokesman said: “It will be used by the Navy’s experimentation and innovation experts, NavyX, who have been driving innovation across the service and testing new technology, kit and concepts, passing them quickly to the front line.

“The ship, with a crew of five Royal Navy personnel, will have a ‘plug and play’ element to support the Navy’s new Pods (Persistently Operationally Deployed Systems) concept, which means it can be adapted to the specific trials or experiments it’s carrying out, including testing drones and autonomous vessels and AI decision-making.

“It will also have container secure points on the work deck so a range of payloads can be embarked, offering flexibility and a modern approach to testing.”

According to contract specifications, the steel vessel has a draught of 3.5m, top speed of 20 knots, a range of 2500 nautical miles, and is operated by a crew of five.

NavyX plans to have the XV (Experimental vessel) Patrick Blackett participate in Royal Navy and NATO exercises, with the possibility of the warship being upgraded to run autonomous technology.