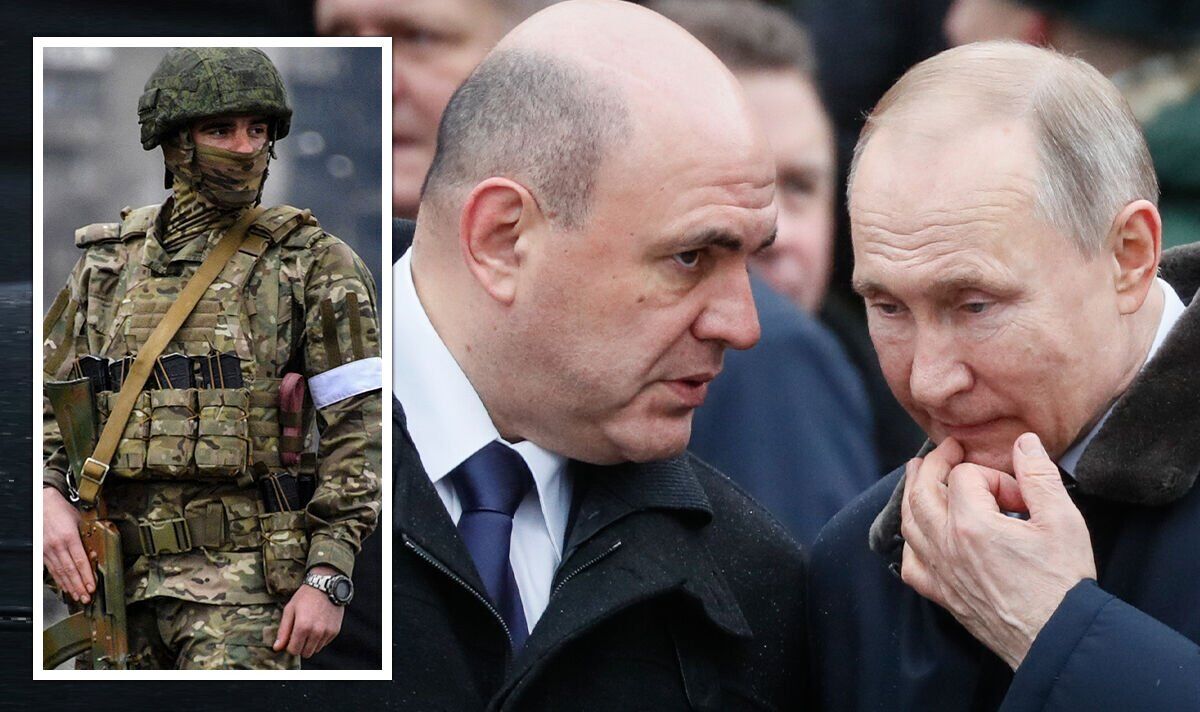 Russian President Vladimir Putin gave the go-ahead for his country’s troops to invade Ukraine on February 24 after more than 100,000 spent several weeks massing at the border of their neighbour. Putin has made public appearances and even agreed to meet French counterpart Emmanuel Macron in Moscow on more than one occasion. But the Kremlin leader is now seemingly hell-bent on ramping up Russia‘s war with Ukraine after reportedly handing over day-to-day running of his country to Prime Minister Mikhail Mishustin.

Mujtaba Rahman, managing director for Europe at political risk research and consulting firm Eurasia Group, who also worked at the European Commission’s Directorate-General for Economic and Financial Affairs, made the astonishing claim on Twitter.

He wrote: “A senior EU source tells me: ‘Putin has now taken day-to day-control of the conflict and delegated the running of Russia to the Prime Minister’.”

But several people took to Twitter to claim that such a move could prove to be a disastrous mistake from Putin as he looks to step up Russia’s war in Ukraine.

Twitter user “BrakSów” (@exileoftza) replied: “Him taking personal command of the army just cut the expected time left until Ukraine’s victory by half.”

“I hope he has a big map with long sticks to move his armies around on.

“Can’t see how this could possibly go wrong.”

Fellow Twitter user Old_Map_Fan (@Cartophiliast) wrote: “Has this – the political leader taking over a failing war effort – ever worked out? I mean, ever? Like, even once?”

Mr Blinken described Russian forces as trying “to brutalise some parts of Ukraine”, adding: “But Ukrainians are standing strong.”

The US Secretary of State said Russia had pulled back its troops from around Kyiv and the north of Ukraine to focus on the eastern Donbas region.

He then claimed: “When it comes to Russia’s war aims, Russia is failing, Ukraine is succeeding.”

Earlier this month, Russian Prime Minister Mishustin attempted to brush off the impact of crippling economic sanctions slapped on Russia from the West.

He claimed Russia’s financial system had “withstood” the “sanctions storm” that had been imposed against the country, despite soaring inflation and the threat of a Russian debt default.

Mishustin said: “The authors of this strategy expected that the sanctions storm would destroy our economy in a few days.

“Unfriendly countries have not come up with anything better than to return to the typical pirate practice.

“By freezing assets, they actually robbed the country.”