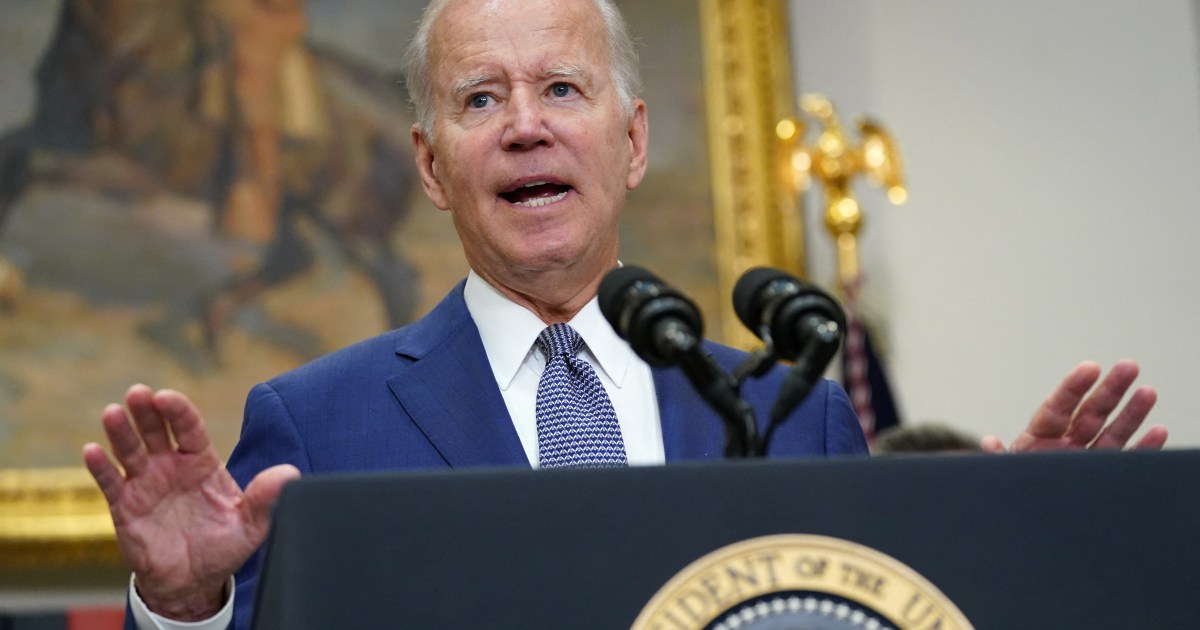 Police are investigating the murder of Muslim men in the US state of New Mexico as a possible hate crime.

President Joe Biden denounced the killings of four Muslim men in New Mexico state that police say may be linked and could be a hate crime.

“I am angered and saddened by the horrific killings of four Muslim men in Albuquerque,” Biden said on Twitter on Sunday.

“While we await a full investigation, my prayers are with the victims’ families, and my administration stands strongly with the Muslim community. These hateful attacks have no place in America.”

Police in Albuquerque, New Mexico’s largest city, said on Saturday that they are investigating the murders of three Muslim men that they now suspect are related to a fourth homicide from last year.

I am angered and saddened by the horrific killings of four Muslim men in Albuquerque. While we await a full investigation, my prayers are with the victims’ families, and my Administration stands strongly with the Muslim community.

These hateful attacks have no place in America.

The Albuquerque police said in a statement that they discovered the latest victim overnight Friday. His body was found near a Lutheran Family Services office that provides assistance to refugees, TV station KOB4 reported.

Police did not identify the man, but said he was in his mid-20s, Muslim, and “a native from South Asia”.

Two of the previous victims were Muslim Pakistani men, a 27-year-old whose body was found on August 1 and a 41-year-old discovered on July 26.

Detectives are now investigating whether these murders are connected to the death of a Muslim man from Afghanistan who was killed on November 7, 2021, outside of the business he ran with his brother in Albuquerque, the statement said.

The police urged anyone with information to call a tip line and said the FBI was assisting with the investigation.

New Mexico Governor Michelle Lujan Grisham expressed outrage at the killings, calling them “wholly intolerable”, and said she was sending additional state police officers to Albuquerque to aid in the investigation.

“We will continue to do everything we can to support the Muslim community of Albuquerque and greater New Mexico,” she said.

The Council on American-Islamic Relations, the largest Muslim civil rights group in the United States, has offered a $10,000 reward to whoever provides information leading to the killer or killers’ arrest.

Tensions have risen sharply in the city’s Muslim community.

“Now, people are beginning to panic,” Tahir Gauba, the director of public affairs with the Islamic Center of New Mexico, told the Albuquerque Journal.