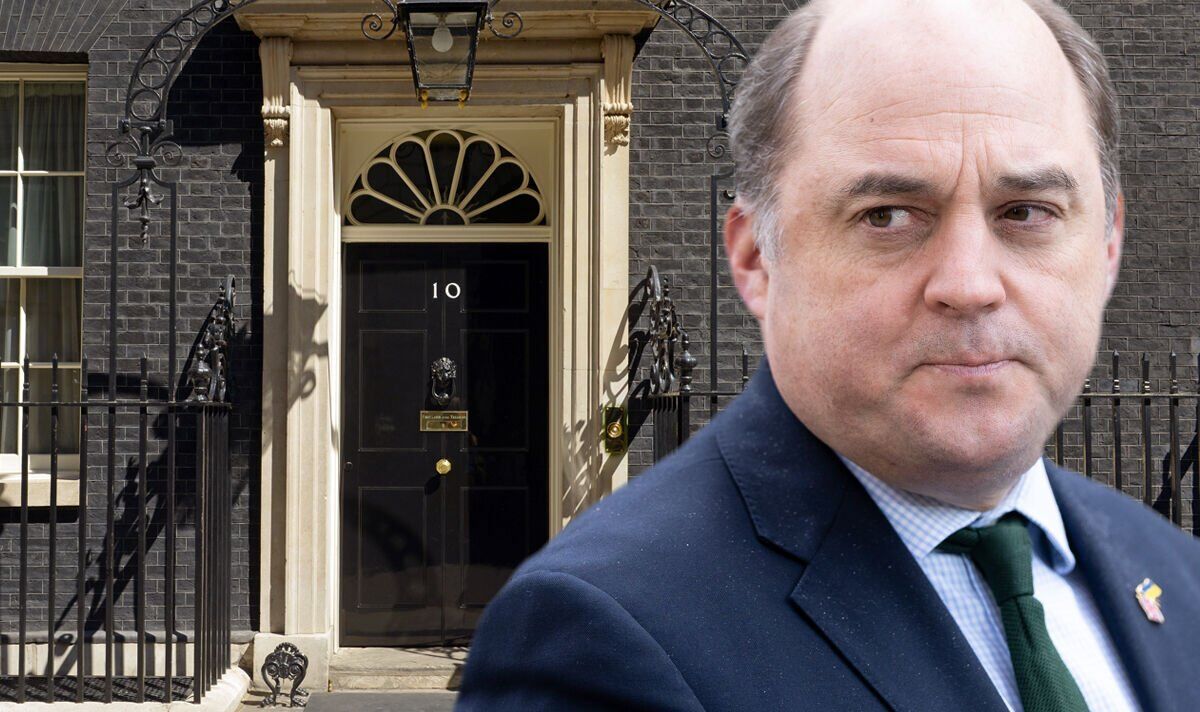 The interviewer asked: “I want to ask you what you make of that polling and if your colleagues in the Tory Party selected you as party leader, would you serve?”

A surprised Mr Wallace said: “Uninterested in a pitch for leadership really. I’m incredibly fortunate to do a job that I know something about  that I love doing at a time when there is nothing more important than keeping people strong and safe and asking society to be standing up for our values.

“I am one of the privileged people who gets to actually action our beliefs which is to try and defend those people who can’t be defended themselves.

“There’s a lot of people out there who want to do more to help Ukraine, I get to do that.

“So the idea I would be interested in the leadership…I doubt it, I doubt I would want to be Prime Minister.”

However, in a suggestion that he would not completely rule out moving into Number 10, he added: “I am a politician so you can read into that what you like.”

READ MORE: Boris warned: ‘Prove you are a real conservative or you are out!’