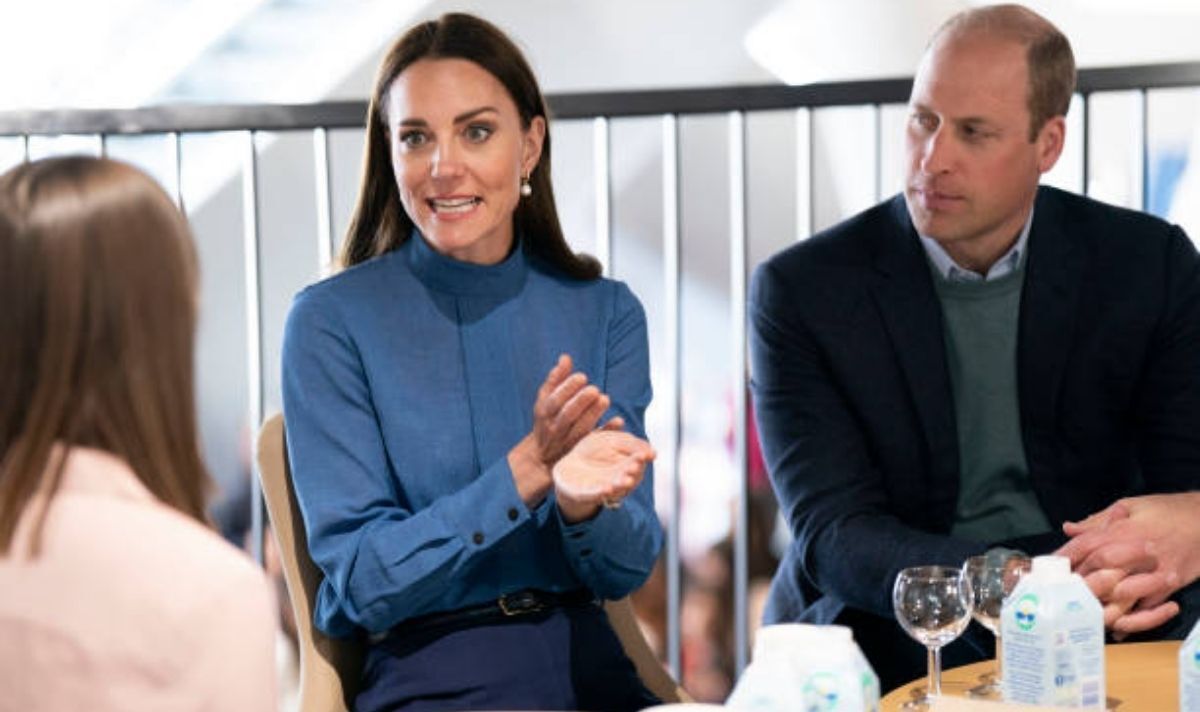 The couple visited a primary school in Port Glasgow, where they sang nursery rhymes with the children during an empathy lesson, where the children were learning about what a baby needs.

However, it was when the Duchess of Cambridge was handed a 10-month-old baby to hold that the Duke reportedly expressed his fears about his wife getting “broody”, according to Australia’s Sunrise breakfast show.

Correspondent Hugh Whitfeld said of the trip: “This might give us an idea of how William and Kate have raised their own children, even what school holidays are like with the Cambridges.

“They were happy to sing along, even join in a few actions as well, before Kate was handed 10-month-old Saul and she looked pretty comfortable maintaining a baby.

“It caused William to quip at one point: ‘can you get my wife out of here before she gets broody?’

“We know Kate in the past has spoken about her wants of a potential fourth child and maybe William isn’t so keen.”

The breakfast show panellists shared their own views on a fourth Cambridge baby, with one saying: “Kate and William look quite at home with the kids, don’t they?”

Another added that Kate “sounds like she’s pining”, while a third said “one each, one for the country and one for the Queen”.

They noted that four children would be a “lovely even number”.

She added that William worries about her working with youngsters in case she comes home wanting another baby.

If the Cambridges do have another child they will equal the Queen and the late Duke of Edinburgh, who also had four children.

Zara and Mike Tindall currently join them as parents of three, with their children Mia, Lena and Lucas Tindall.