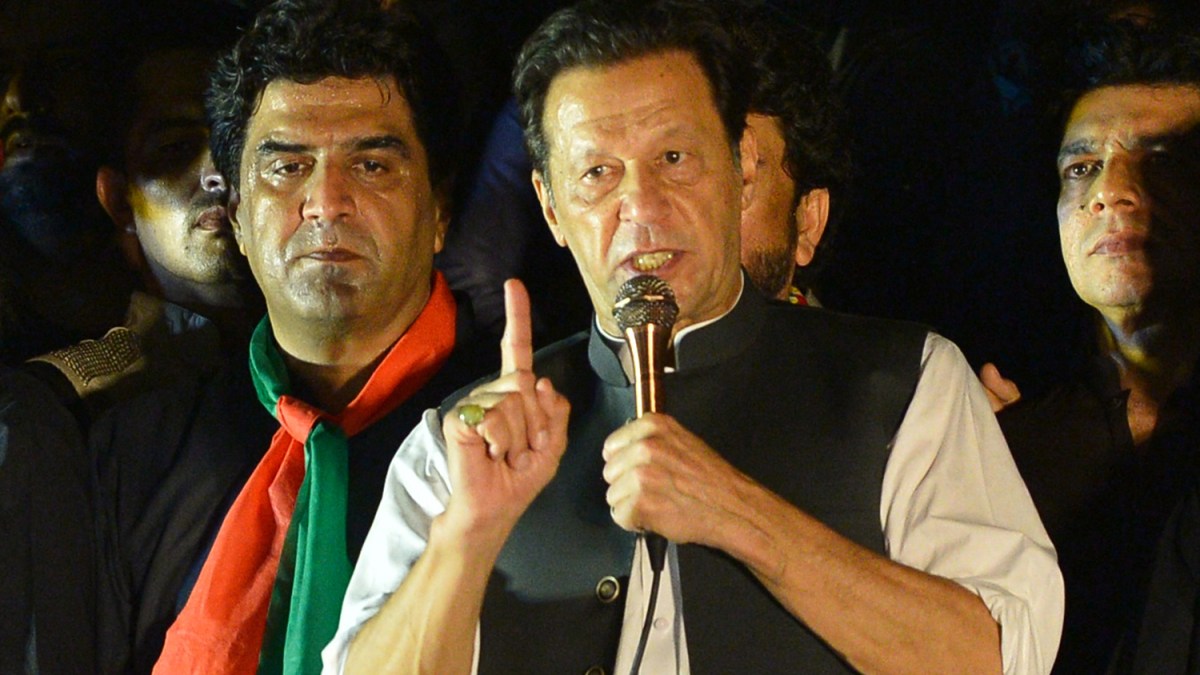 Media regulatory body had imposed a ban on live telecasts of the former prime minister’s speeches.

Chief Justice Athar Minallah directed Pakistan Electronic Media Regulatory Authority (PEMRA) to nominate an authorised officer to appear before the court and justify the issuance of the prohibition order.

Pakistan’s media regulatory body imposed the ban after the former prime minister criticised police, judicial officials, and other state institutions in a speech in the capital, Islamabad, on August 20.

PEMRA in a statement on August 21 accused Khan of levelling “baseless allegations” and “spreading hate speech” against “state institutions and officers” and prohibited live telecasts of his public addresses.

In its six-page notification, PEMRA said Khan’s speech was in “violation of Article 19 of the constitution”, ordering that only a “recorded speech” was permitted to be broadcast with an “effective delay mechanism” to ensure editorial control.

The speech resulted in a “terrorism” case filed against Khan, and he was later granted bail. He also faces a contempt of court charge for remarks he made against a judge in the same speech.

Khan – leader of the Pakistan Tehreek-e-Insaf (PTI) party – is expected to appear before the court on Wednesday.

Commenting on the ruling, PTI lawyer Faisal Fareed Chaudhry told Al Jazeera that freedom of speech is a fundamental right of every Pakistani.

He added it was important to allow the broadcast of Khan’s speeches as he plans to hold an international telethon on Monday night to raise funds for flood victims of Pakistan.

Addressing a large crowd in Islamabad on Saturday night, Khan threatened to file court cases against senior police officials after his close aide, Shahbaz Gill, was arrested on August 9.

Khan singled out a female judge who had earlier in the week approved a two-day detention of Gill, who faces sedition charges after he was accused of inciting a mutiny in the country’s powerful military.

Khan accused police of torturing Gill in custody and said the charges against his him were a conspiracy to pit his party against the military. Pakistani police denied the allegations.