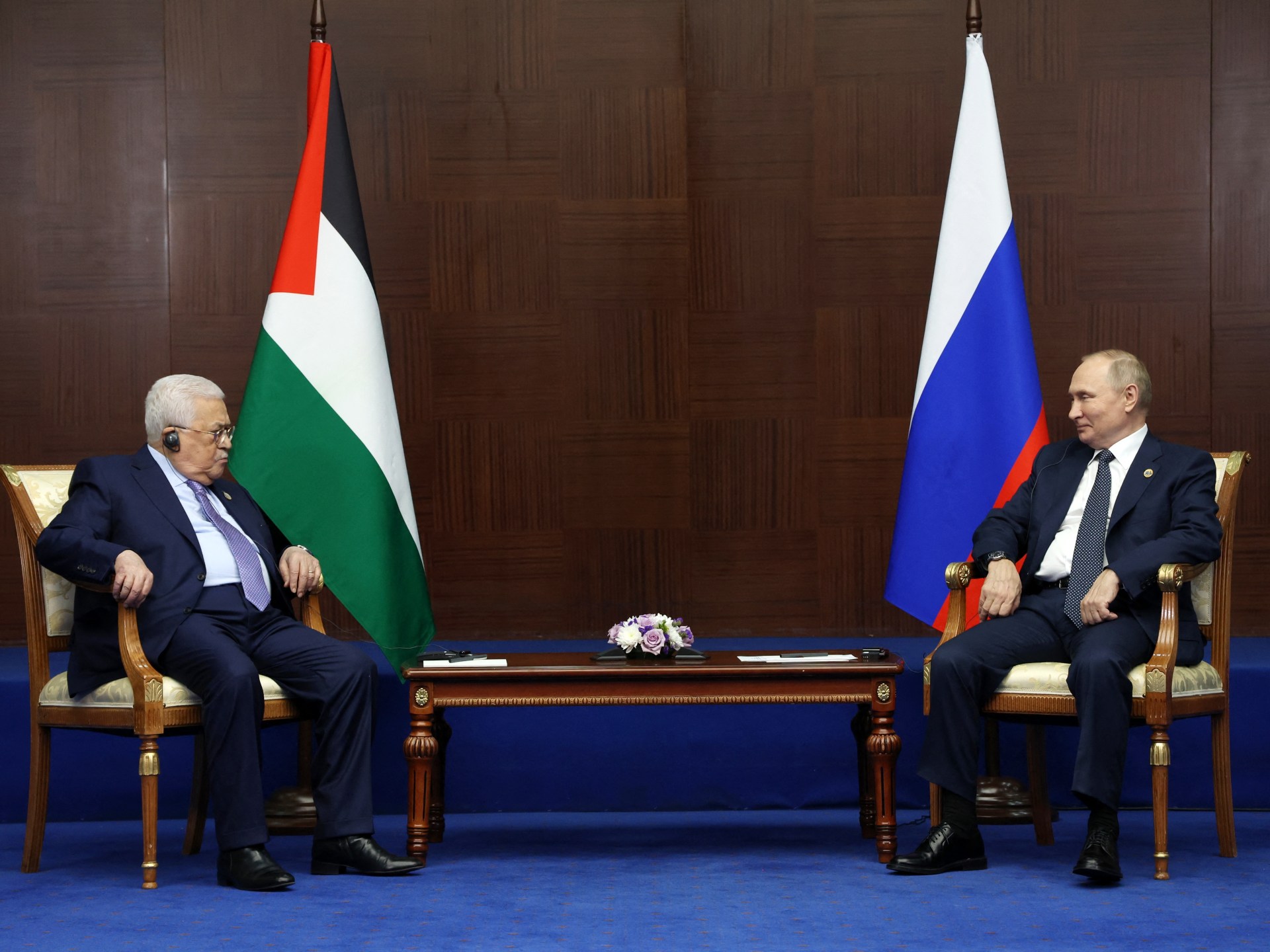 Palestinian President Mahmoud Abbas restated his reservations about the role of the US in resolving the conflict with Israel.

Palestinian President Mahmoud Abbas has met Russian President Vladimir Putin, reiterating his mistrust of the United States in resolving the conflict with Israel and expressing appreciation for Russia’s role.

Abbas voiced his support for the so-called “Quartet” of international mediators – Russia, the US, the United Nations and the European Union – but said the US could not be left a free hand to act alone.

“We don’t trust America and you know our position. We don’t trust it, we don’t rely on it, and under no circumstances can we accept that America is the sole party in resolving a problem,” Abbas told Putin at the Conference on Interaction and Confidence Building Measures in Asia (CICA) in Astana, Kazakhstan, on Thursday.

“It can be within the Quartet since it is a great country, but we will never accept it as the only one,” he said, in televised remarks.

The comments echo the 87-year-old Palestinian leader’s longstanding suspicion of the US, Israel’s main ally, but came as President Joe Biden has stepped up efforts to isolate Russia for its attack on Ukraine.

For his part, Putin said Russia wants a just settlement to the Israeli-Palestinian conflict in line with UN resolutions.

Russia has “a principled stance based on the fundamental resolutions of the United Nations and it remains unchanged”, Putin told Abbas during talks on Thursday in Kazakhstan’s capital, Astana.

He said Russia continues to closely monitor developments in the Middle East and said “a lot” needs to be done to enhance economic ties between Moscow and Ramallah.

“We believe and know that Russia has a clear position on the settlement, and I am absolutely sure that it will never change. We know perfectly well that Russia stands for justice, for international law,” he said.

Abbas underlined the food crunch in Palestine and asked for Russia to expedite grain deliveries.