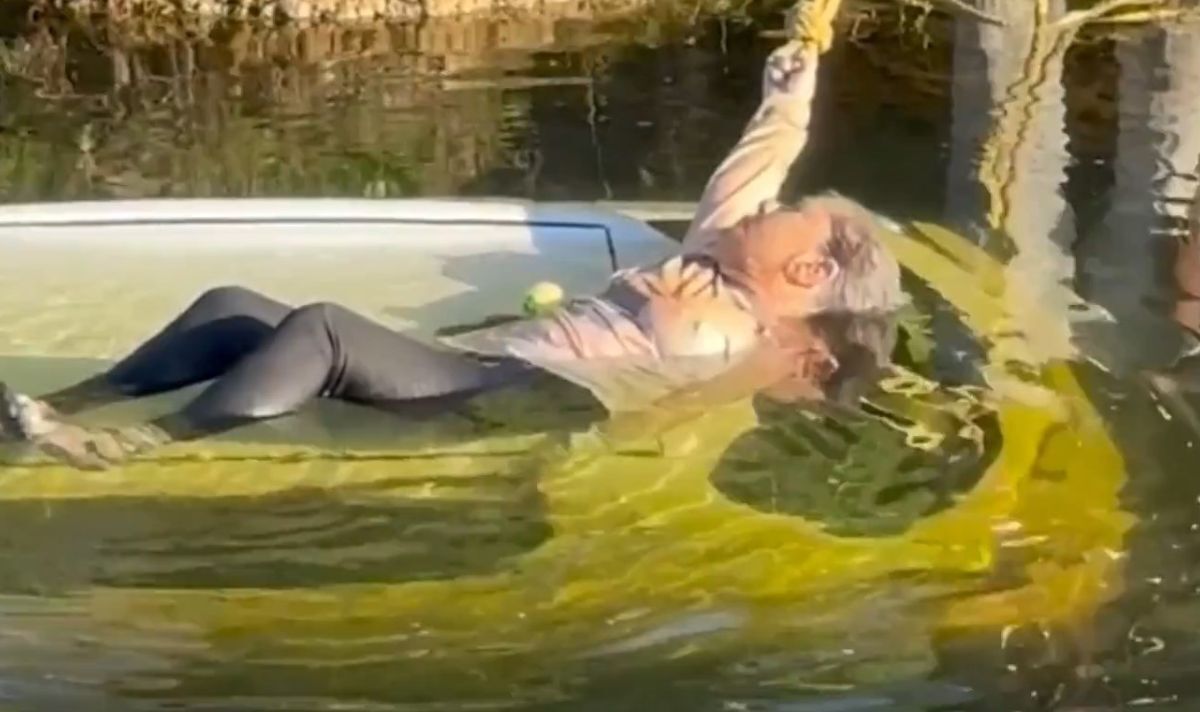 A paragliding enthusiast turned hero to rescue a woman stranded in a canal where an alligator lurked. Christiano Piquet was flying over for a close look at one of the deadly reptiles  when he noticed the woman clinging to the top of a submerged car. The terrifying scene unfolded in Miami, South Florida on Sunday.

GoPro footage shows Mr Piquet making a difficult landing in a nearby field and running to help the woman.

A neighbour heard the incident and rushed to the scene with a rope.

“You need help?” Mr Piquet, a real estate broker, can be heard shouting to the woman.

“Oh my god, I fell with my car in here,” she replies desperately clinging to the vehicle.

The neighbour then threw the woman a rope and pulled her to safety. The two men called 911.

Miami-Dade Fire Rescue Department were called to the scene at around 8.35am on Sunday to the canal, which borders the Everglades National Park southwest of Miami.

The paraglider told NBC Miami: “I think God told me, ‘My friend, land and save that one life.’

“We landed between power lines and uneven terrain…it was a terrible landing situation. For some reason, I was calm.”

READ MORE: Biden’s $13B package branded ‘cynical’ ahead of midterms

The woman can be seen embracing one of her rescuers after she was pulled to safety.

She was then rushed to a nearby hospital for treatment after emergency services arrived.

Miami-Dade Fire Rescue Department said it was unclear how the car ended up in the canal, there were no other passengers in the vehicle.

An investigation into the crash is reportedly underway.

They spend their time sunning themselves and hunting in the water, making Florida’s freshwater canals an ideal environment for the animals.

Alligators are ambush predators which will attack their prey on land from the water, there have been numerous cases of pets being eaten when they stray too close to the shore.

The largest alligator ever killed in Florida measured 17.5 feet, although a typical adult male measures around 11 feet and weighs around 790 pounds.