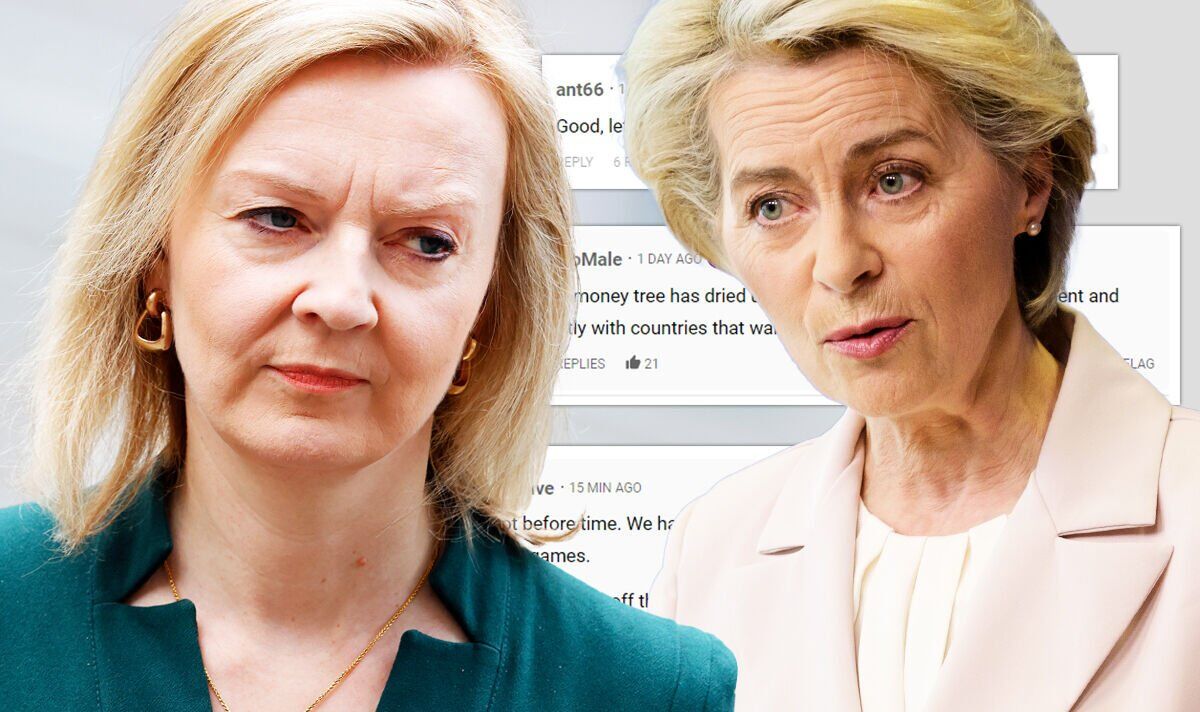 Tensions between the UK and the EU have come to a head in recent months as a result of growing issues with the deal. The Protocol, which has caused shortages, delays and price rises in Northern Ireland, has been accused of undermining the Good Friday Agreement, with warnings of a return to violence seen in the Troubles. The UK has been locked in talks with the EU since October 2021 and has been threatening to suspend parts of the agreement by triggering Article 16 for months.

But most recently it has threatened to suspend the protocol entirely by taking unilateral legislative action.

Express.co.uk readers have urged the UK Government to take the action and “rip up” the agreement.

One user wrote: “The magic money tree has dried up, rip up the whole of the EU agreement and deal directly with countries that want to facilitate trade”.

A second, AndyMc09 wrote: “This whole affair sums the EU up perfectly.

Meanwhile, Colin Knight said the UK has “no choice but to take action”.

He wrote: “The truth is the EU is on an immutable mission to complete the EU Project, which makes them totally intransigent, to any view that does not further that objective.

“Even those that voted remain, on the basis that they believed that a necessary reform of the EU could be better achieved from within, which was a very laudable aim, must now know that that was a futile expectation.

“If the UK want to end the NI Protocol I can only say: DO IT. NOW.

“Stop the talking. Grow a pair and do it.

“We are sick of that scaremongering of a UK government which breaks international and domestic law as a sport.”

Another said: “If pussyfooting around was an Olympic sport, the UK would win gold every 4 years.

“For Pete’s sake, extract the digit and walk away now. How much longer do we have to wait before the Irish problem is sorted?”

But some readers accused the Government of breaking international law, with a user nicknamed Ischoolboomers writing: “Britain about to declare itself a nation nobody can trust by breaking an international treaty they only just signed and agreed.

“The deal BOZO said was a brilliant deal for UK!”