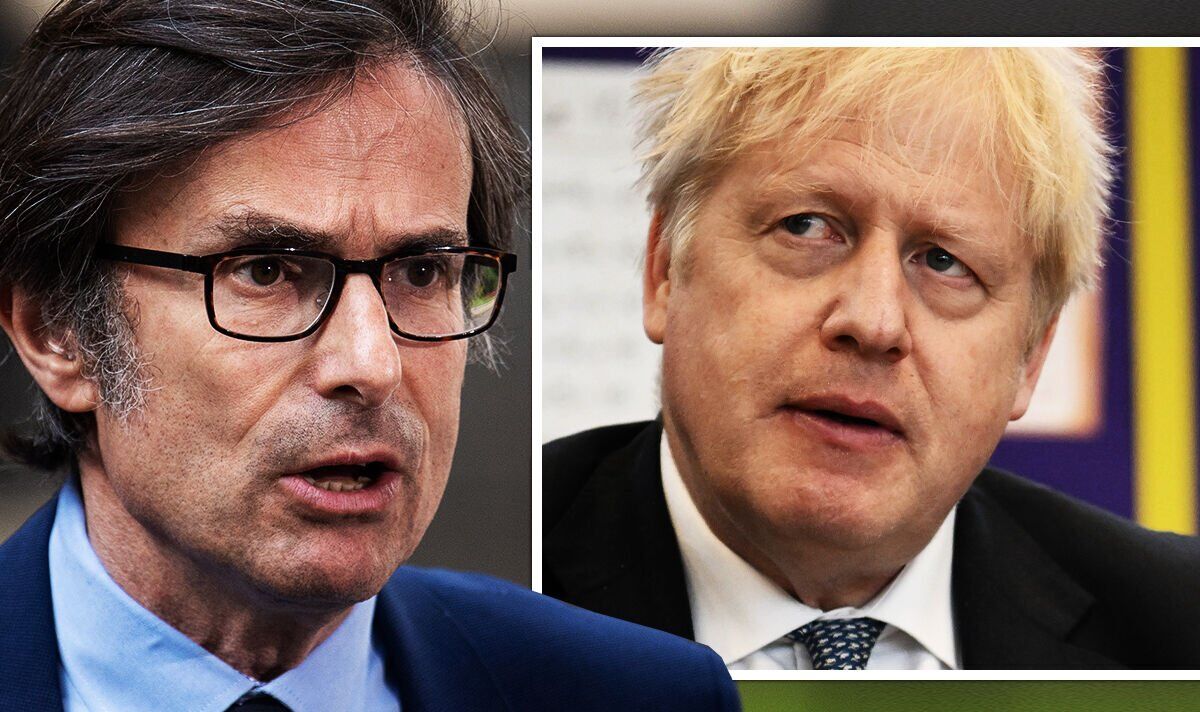 The ITV political editor’s comments come as ministers are poised to introduce legislation overriding parts of the hated deal. Mr Peston said the move – which was not included in the Queen’s Speech – would spark an “almighty row”.

Writing in the Spectator, Mr Peston said: “Johnson is planning to say, as I understand it, that the UK Government will use powers in legislation to breach its treaty obligations under the NI Protocol.

“It will suspend all those border checks on goods flowing from Great Britain to Northern Ireland which were such an important part of its Brexit deal with the EU.

“He knows that the moment he makes the announcement, there’ll be an almighty row with Brussels, Dublin and Washington, and presumably he’d rather it didn’t overshadow [Tuesday’s] unveiling of all the other laws that he plans.

“But the mega row is coming. For the nostalgic among you, it’ll feel like Brexit wars all over again.”

The protocol was designed to prevent a hard border on the island of Ireland but has resulted in red tape for goods crossing from Great Britain to Northern Ireland.

Unionists argue that the measure undermines Northern Ireland’s place in the UK.

Foreign Secretary Liz Truss is set to warn the dispute cannot drag on in a call with European Commission vice president Maros Sefcovic on Thursday.

Officials working for Ms Truss are drawing up draft legislation to unilaterally remove the need for checks on all goods being sent from Britain for use in Northern Ireland.

“They have a good relationship. They will try to make progress tomorrow.

“I know that both of them are fully committed to making sure we resolve some very difficult issues that have arisen.

“You would expect a UK Government when it is thinking about the security of the entire United Kingdom to say that there is no option that is off the table and that is absolutely right.”

It comes as the DUP is refusing to return to the power-sharing Executive at Stormont until its issues with the protocol are resolved.