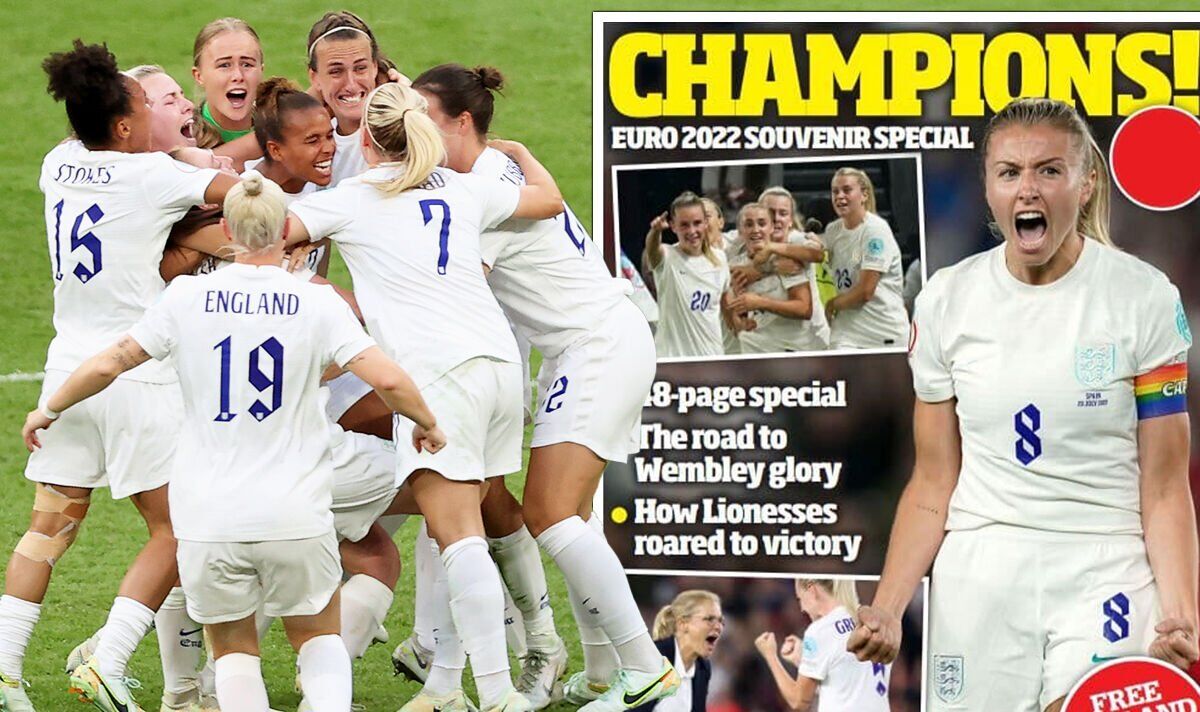 Readers can celebrate England’s Euro 2022 glory by grabbing a 48-page special magazine to mark the moment Sarina Wiegman’s side defeated Germany in extra time. The souvenir magazine features all of the action from the final, including celebration pictures and a look back at the Lionesses’ road to Wembley glory.

It also contains a wallchart from the tournament, as well as plenty of statistics and facts from the championship.

The magazine costs just £3 and is available to pre-order here.

England emerged victorious against the eight-time continental champions after substitute Chloe Kelly tucked away a loose ball from a corner to send Wembley’s record-breaking 87,192 crowd into a frenzy with just ten minutes of extra time remaining.

The match was forced to go beyond 90 minutes after Bayern Munich’s Lina Magull equalised from a driven cross in the 79th minute.

Ella Toone, who moved to Manchester United in 2018 after a stint at rivals Manchester City, broke the deadlock in the 62nd minute with a sublime chip.

The Lionesses’ triumph comes just 13 years after England suffered a 6-2 loss to Germany in the 2009 European Championships in Finland.

Arsenal’s Beth Mead ended the tournament alongside Germany captain Alexandra Popp as the joint-top goalscorer after finding the back of the net six times.