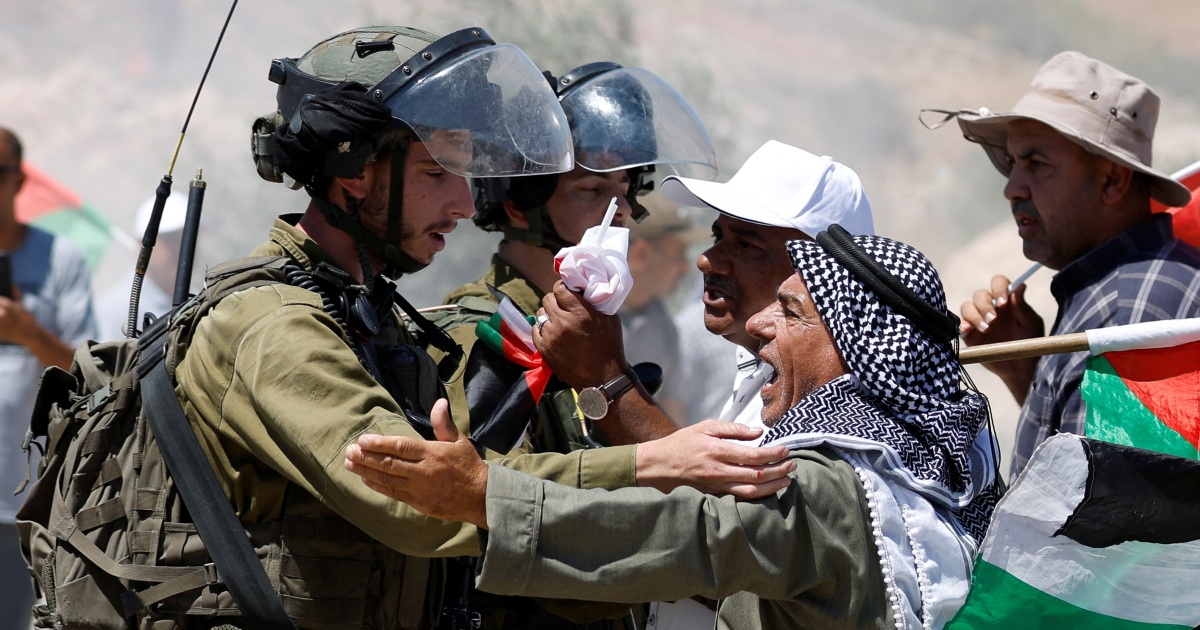 Witnesses say it is unclear whether Amjad Abu Alya was killed by an Israeli soldier or an armed settler.

The ministry identified the youth as Amjad Nashat Abu Alya, saying he was shot with a bullet to the chest on Friday afternoon.

He was taken to a hospital in Ramallah where he was pronounced dead at approximately 2pm (11:00 GMT).

The killing took place during confrontations with the Israeli army and Jewish settlers that broke out following a protest by Palestinians against settler violence in the area.

The protest began at approximately 11am (8:00 GMT) and had been called for by several popular committees and the Palestinian Authority’s Committee against the Wall and Settlements, which regularly organises protests.

Journalist Hadi Sabarneh, who was present at the scene, told Al Jazeera that, along with the Israeli forces, a group of settlers had arrived at the protest, including one armed with what appeared to be an M-16 rifle, which the journalist filmed.

“Both the army and the settler were shooting at the protesters who were throwing rocks. When they both started shooting, the youth fell to the ground,” Sabarneh said.

Nassar Nassar, said he was approximately 10 metres (30 feet) away when his cousin Amjad was killed, adding that the settler who was armed was “shooting indiscriminately”.

“There were confrontations, and there was a lot of friction between the youth and the Israeli army and settlers,” he told Al Jazeera.

“There was one settler who was armed, and my cousin was very close to him – it was point blank.”

Nassar said it was not clear whether the Israeli army or settler fire had killed Amjad.

“It’s clear that there was the intention to kill because the shot was above the waist,” Nassar said.

The Israeli army spokesperson said that it was “aware of reports of a Palestinian that was killed”, and that the army had responded after Palestinians burned tyres and threw stones.

The spokesperson added that the army had “worked to restore order” after “clashes erupted between Palestinians and settlers, which involved throwing stones at one another”.

Israeli media reported that a settler was also injured.

Settlements in the occupied West Bank are illegal under international law, but Israeli governments have continued to allow their expansion.

According to his cousin, Amjad was in the 10th grade and regularly attended protests, particularly after his friend, Ali Abu Alya, was killed by Israeli forces in 2020 during confrontations between Israeli forces and Palestinians.

“He was his closest friend, and after his killing, Amjad was always at the first line of defence,” said Nassar.