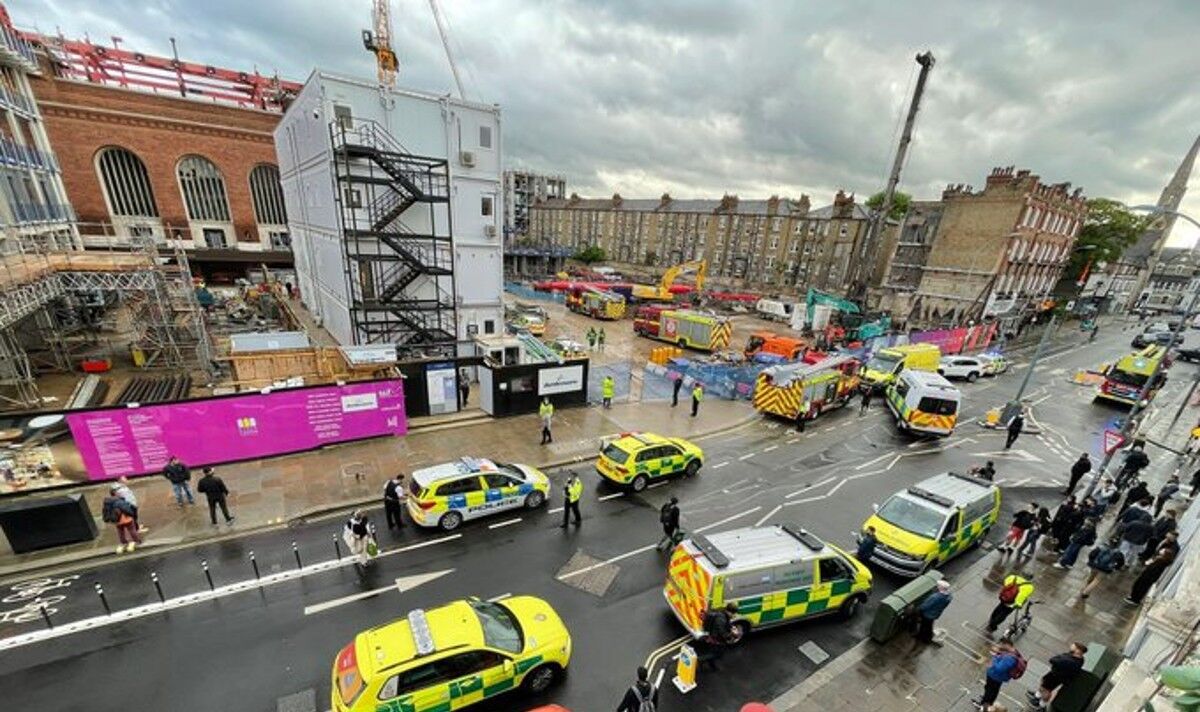 Officers from London’s Metropolitan Police were called to a building site in King Street, Hammersmith, at 5.41pm on Wednesday (May 11). They were joined by paramedics from London Ambulance Service (LAS) and firefighters from London Fire Brigade.

The Met said in a statement that two men were found with potentially life threatening injuries and were taken to a central London hospital.

It added that the Health and Safety Executive has been informed.

A picture taken at the scene shows about six LAS vehicles, four fire engines and at least one police car near the site which is near the centre of Hammersmith.

MyLondon reports that the two men were reportedly injured when scaffolding at the site collapsed.

Hammersmith and Fulham Council has said in a tweet that a stretch of the road has been closed as a result of what happened.