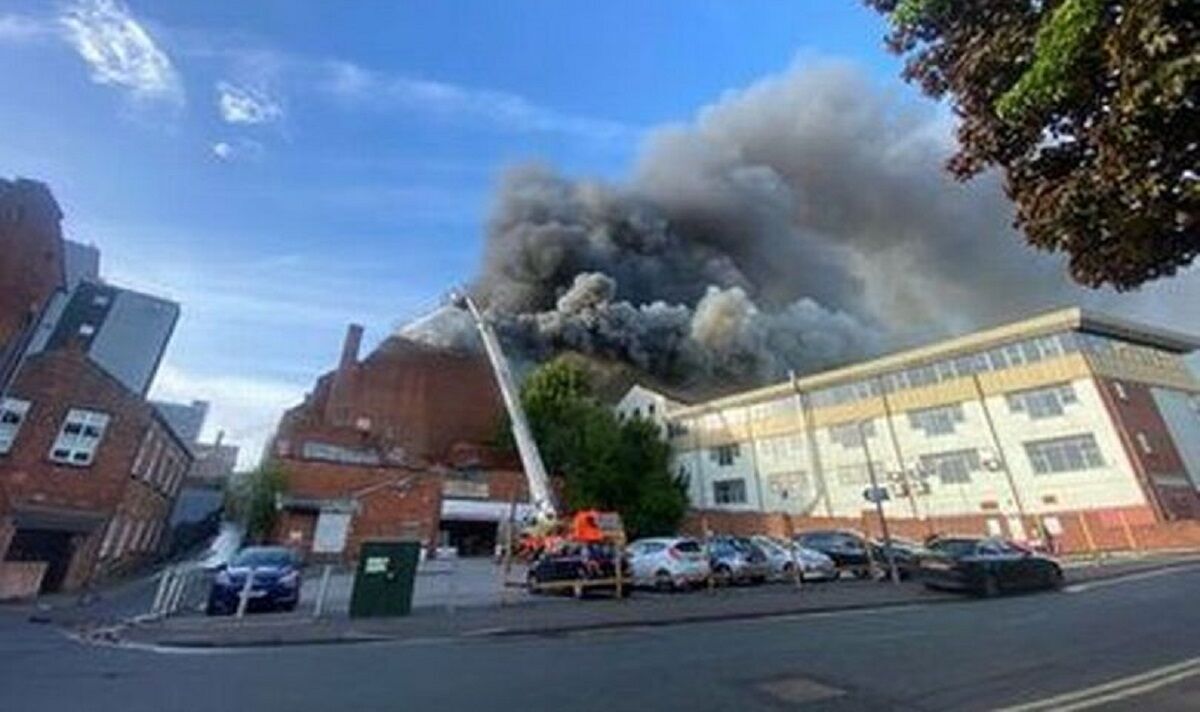 Twelve fire engines have rushed to the scene, as well as two aerial platforms that are fighting to put the fire out. Authorities urge people to keep their windows closed and not approach the area as thick plumes of smoke are spread and can be seen from miles.

Multiple roads have been closed and traffic is disrupted in order for emergency services to operate.

Paramedics have also arrived at the scene.

It is still unknown if anyone was injured.

Witnesses told Lancashire Live that the fire can be seen from the Deepdale Retail Park, which is nearly two miles away.

The fire broke out at around 7pm on Thursday evening.

Lancashire Fire & Rescue Service said in a post on Twitter: “We currently have 12 fire engines at a building fire on Avenham Street in Preston.

“Please avoid the area and keep your windows and doors closed if you’re affected by smoke.”

And in a later update, they added: “We have 2 Aerial Ladder Platforms and an air support unit supporting this incident.

“Road closures are in place. Please avoid the area.”

The cause of the blase is still unknown.

Photos from the blaze show the building significantly damaged.