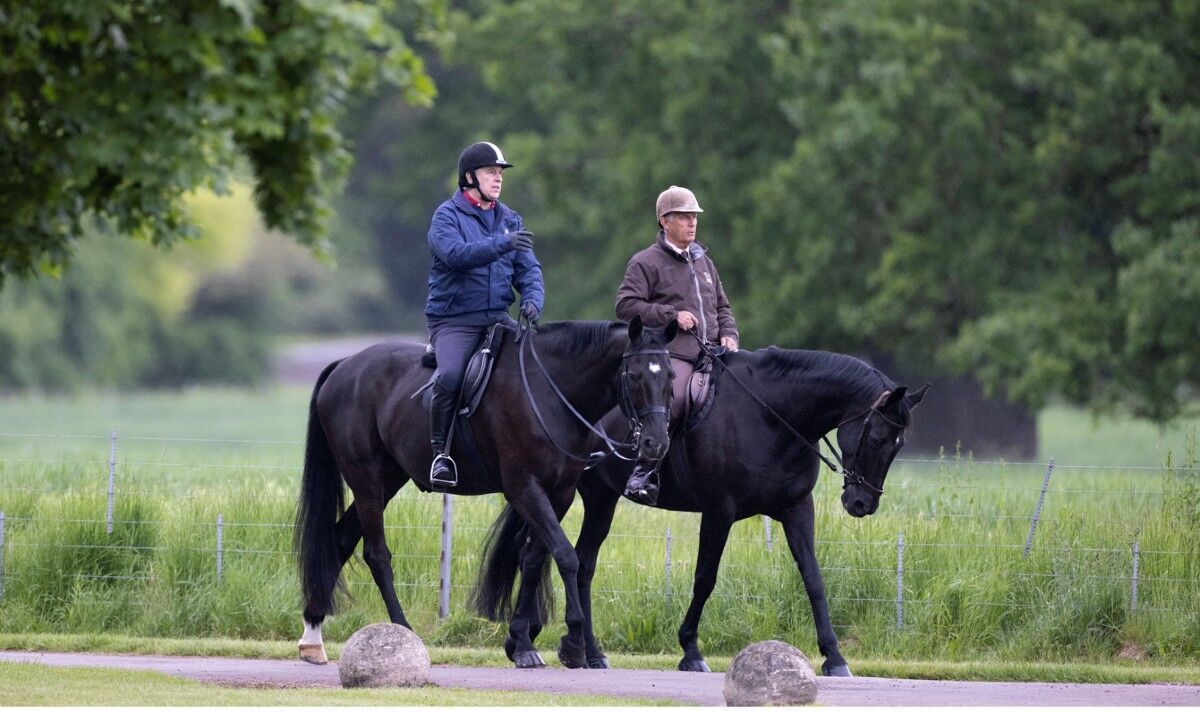 Photos released today show the Duke of York on top of a black horse as he rides alongside the Queen‘s head Groom Terry Pendry. He was spotted for the first time since The Royal Windsor Horse Show closed in the Berkshire town.

The scandal-hit son of the Queen has scarcely been seen in public since the monarch stripped him of his HRH title, and a number of patronages and affiliations.

He has been staying out of the limelight since he paid an out-of-court settlement to his accuser Virginia Giuffre in February.

Andrew’s settlement was not an admission of guilt over the claims, which he has repeatedly denied.

A royal expert recently told how Prince Andrew has thrown himself into the pastime in the face of his pariah status in the Royal Family.

Journalist and Princess Diana biographer, Tina Brown, said: “All he can do now is go riding – Andrew used to absolutely hate riding by the way.”

She told The Telegraph: “But he’s doing a lot of it at the moment because the only person who’ll talk to him is the horse.”

The Duke of York, 62, made a controversial appearance at Westminster Abbey for Prince Philip’s Service of Thanksgiving after the Queen’s decision to give Andrew a prominent role at his father’s memorial service sparked a row inside the Firm, with Prince Charles and the Duke of Cambridge raising concerns when the idea was first raised.

Andrew provided a steady arm for the Queen as she walked into Westminster Abbey to remember the life of her husband, a few weeks after reaching a multimillion-pound out-of-court settlement in a civil sexual assault case.

It was his first public event since he made an undisclosed payment to settle a US lawsuit over allegations he sexually Ms Giuffre decades ago, claims he has vehemently denied.

The settlement is not an admission of guilt.

The prominent and symbolic role played by Andrew – long-rumoured to be the Queen’s favourite child – was described by some commentators as a practical decision, but others have suggested it is a move towards rehabilitation for the duke.

It is not known what role Prince Andrew will take at his mother the Queen’s Platinum Jubilee celebrations next month.

But he will not make an appearance on the balcony of Buckingham Palace after the monarch said the privilege would only be reserved for working members of the family.