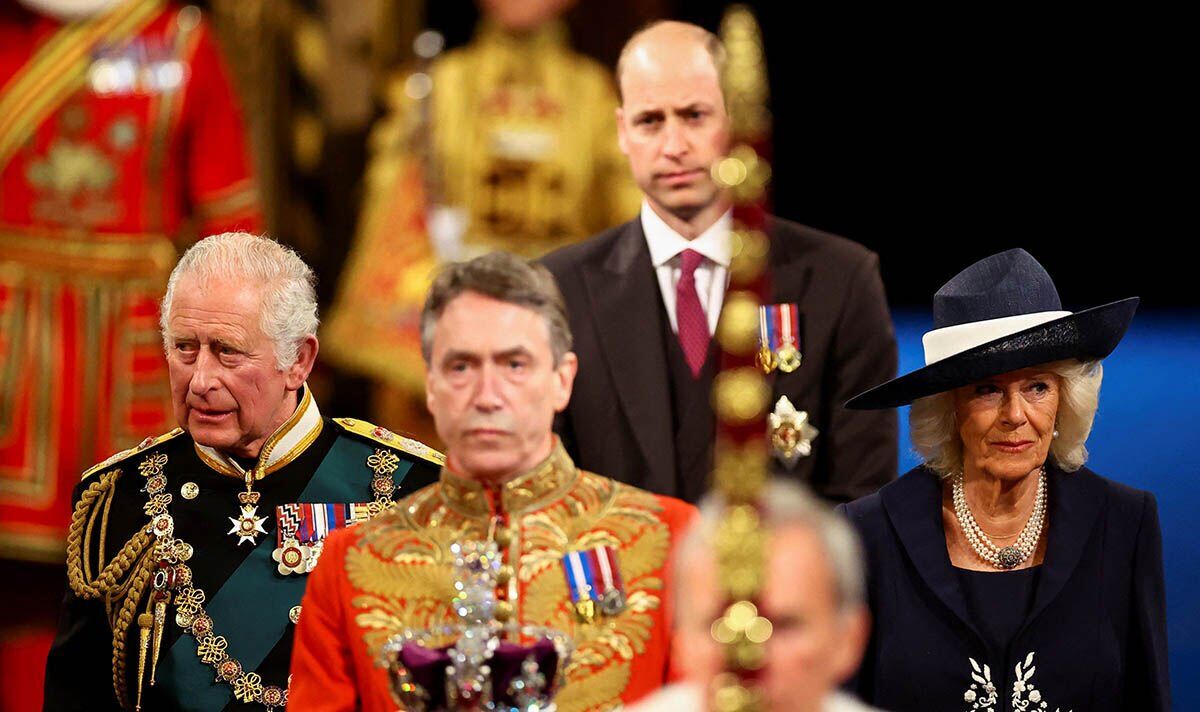 Moreover, the Prince of Wales did not sit on the monarch’s throne but, rather, used the consort’s seat to signal he was delivering the speech on behalf of his mother.

To deliver the speech, Prince Charles wore his Admiral of the Fleet uniform.

Sitting near him, the Duke of Cambridge donned a morning coat while Camilla, Duchess of Cornwall, wore an elegant dark blue ensemble.

Addressing for the first time to the Lords in the Chamber, the Prince of Wales said, before being handed the Queen’s Speech: “My Lords, pray be seated.”

Reading the speech, written by the Government, Prince Charles did not say “my Government” as the monarch would have done but, rather, said “Her Majesty’s Government”, as he only stood in for the Queen.

Hours after a Buckingham Palace spokesperson had said the monarch “still hoped” to be able to attend the State Opening of Parliament, it was announced on Monday evening the Queen would pull out of the duty because she is still experiencing “episodic mobility problems”.