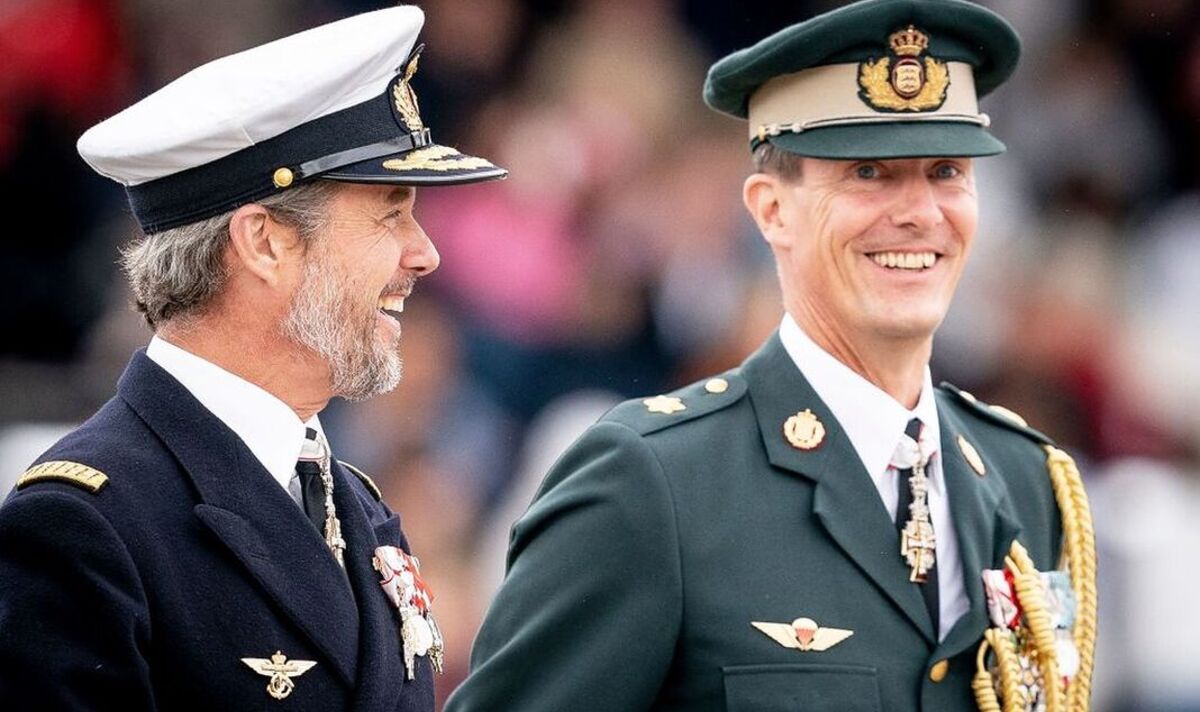 The Queen and her youngest son Joachim met in Fredensborg earlier this week in order to smooth tensions. It comes after the Danish monarch made the controversial decision to strip Joachim’s four children, Prince Nikolai, 23, Prince Felix, 20, Prince Henrik, 13, and Princess Athena, 10, of their royal titles.

She argued that the titles had “hurt” her grandchildren and that the decision was in their best interest as it would allow them to pursue their lives without having to undertake royal duties.

Prince Frederik and Crown Princess Mary’s four children – Prince Christian, 16, Princess Isabella, 15, and twins Princess Josephine and Prince Vincent, 11 – are unaffected by the sovereign’s decision because they are direct descendants of the future King.

After the meeting, the palace confirmed that Joachim and the Queen wish to “look forward” and “find their way through” their differences.

They also confirmed that Prince Frederik had not attended the meeting.

According to the Danish publication BT, there was an emphasis on “calm” in the meeting.

They said: “According to the Royal House, the Crown Prince was not part of the meeting.

“The Queen and Prince Joachim have spoken together at Fredensborg.

“Everyone agrees to look forward, and as the Queen herself has expressed, she and Prince Joachim want calm to find their way through this situation.”

He said: “Prince Joachim himself has acknowledged that the relationship with the Crown Prince couple was complicated, so it is not surprising that he was not there.

“It is the Queen’s decision, and she is the one who must bear the brunt of it.

“This is crucial for their relationship.

“There will be an event in the future where it is important that we as a population believe that they have become friends again, now the first stones have been laid.”