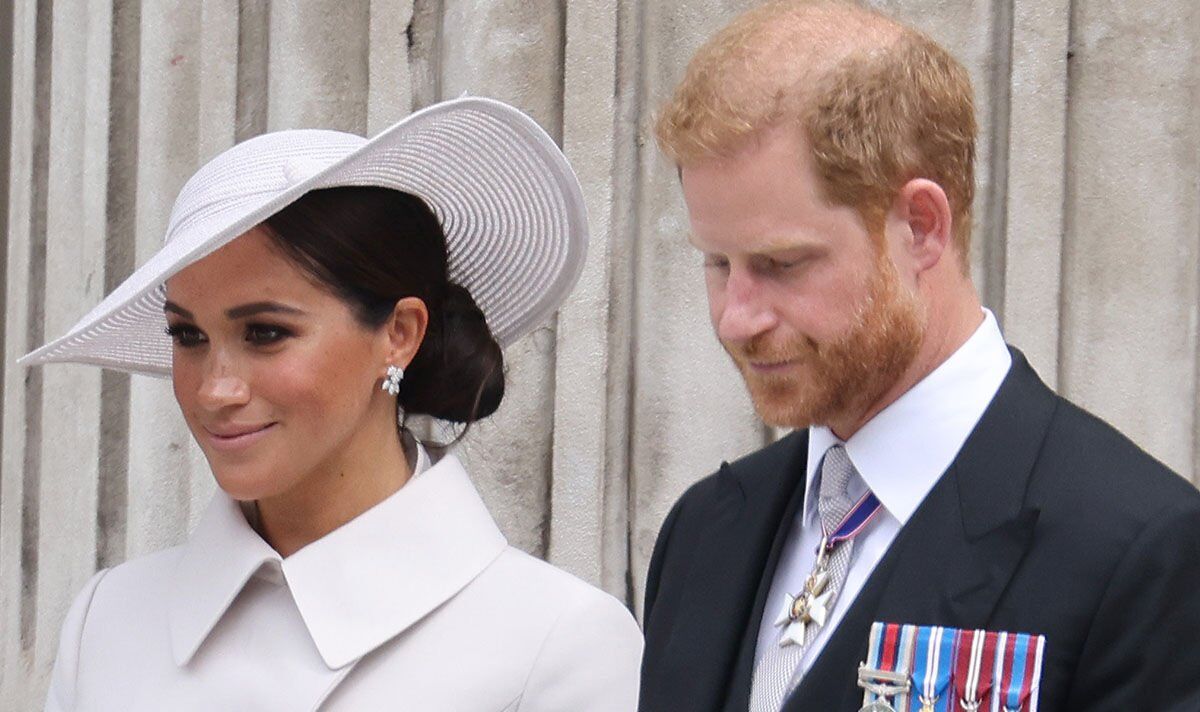 Prince Harry and Meghan Markle’s royal status is “burning out” after repeated attacks on the Royal Family. Royal author Tom Bower has claimed that they will have to give up their titles. He warned that their comments on the royals will turn into a “damp squib”.

“I think they’ll in the end have to give that up because it won’t wash well.

“They can only do so by being sensational and by doing something.

“They are constantly searching for new things to do. But it always comes back to the royals.

“Whether it is flying back for the Jubilee so they might be photographed with the Queen – that went wrong.

“Or, alternatively, it is dumping on the Royal Family in Harry’s forthcoming book. But eventually, it is going to be a damp squib.”

It comes as Meghan and Harry reunited with senior members of the Royal Family for the first time since Megxit during the Queen’s Platinum Jubilee weekend.

But the royal couple’s Netflix plans were dismantled when palace aides stopped them from taking photos with the Queen.

“You can’t blame them because Harry and Meghan are still rumoured to be doing this fly on the wall documentary with Netflix. It’s all getting quite messy.”

Harry and Meghan’s relegated seats were a telling sign of their change in status.

Working royals filled the front-row chairs, meaning there was no place there for Harry and Meghan in the prime positions.

They no longer use their HRH styles and the event was their first public appearance alongside the Windsors since they stepped down as senior royals two years ago amid the Megxit storm.