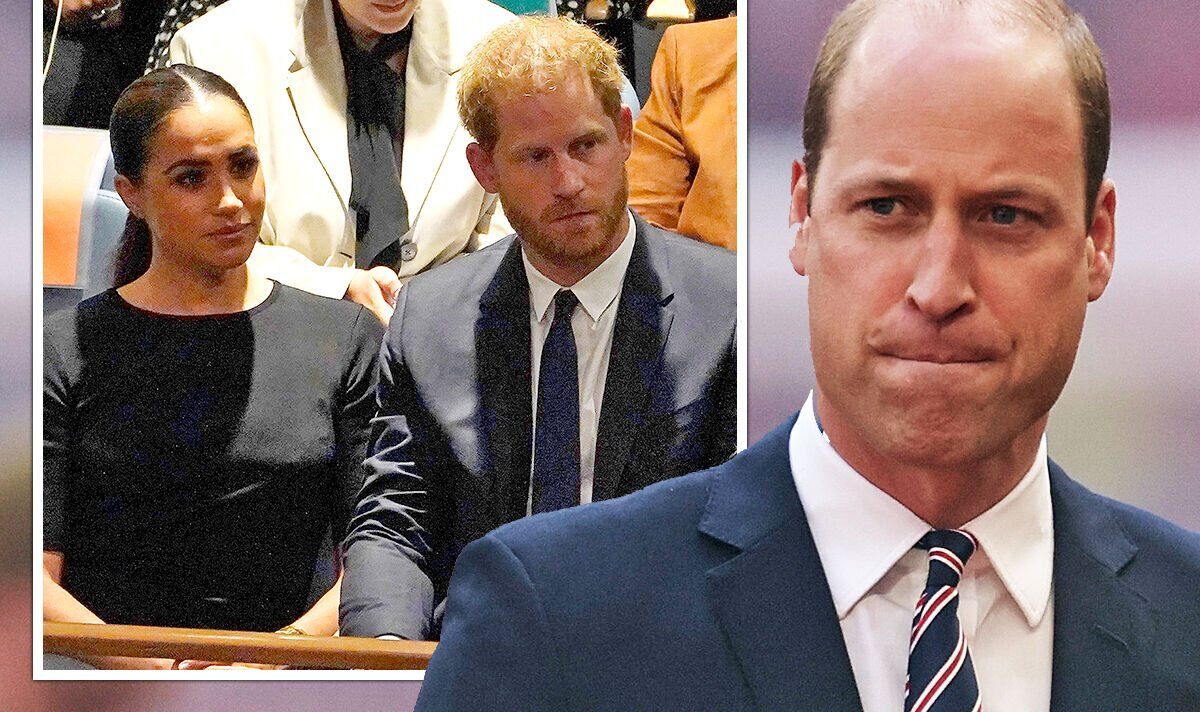 The Royal biographer has released his newest book, Revenge: Meghan, Harry and the War between the Windsor’s today after the release of several shocking excerpts. In the book, he details how Prince Harry changed his phone number without telling the rest of the Firm.

Prince Harry’s relationship with the family, particularly his brother Prince William, is said to have come under strain around the time he married Meghan. The Duke of Cambridge reportedly warned his brother to take things slowly with the American actress.

Now, in his new book, Mr Bower has claimed the Prince broke off relationships with old friends and further distanced himself from his family by changing his mobile number to “please” Meghan Markle.

Mr Bower wrote: “To please her, Harry had split from his old friends. He had even changed his telephone number without telling his family.”

Mr Bower said the Duchess of Sussex had become a “divisive agent” and points to a 2019 ITV documentary interview with the couple that he says was a bombshell for Prince William. During that interview she outlined how she felt about media scrutiny while she was pregnant.

Meghan Markle said: “Thank you for asking, because not many people have asked if I’m OK. But it’s a very real thing to be going through behind the scenes.”

When the presenter then asked “would it be fair to say not really [ok]” Meghan said it had been a “struggle”.

In the same interview, Prince Harry said “we’re on different paths at the moment,” while speaking of the relationship between himself and his brother.

Mr Bower said that Prince William, in response to the interview, “authorised an aide to tell the media about his hope that Harry and Meghan were ‘all right’”.

Things would only grow more tense following the South Africa tour, according to Mr Bower.

It was decided the couple would step down as working Royals following their request to be “half-in, half-out” working Royals, wrote Mr Bower.

At the last of Meghan and Prince Harry’s official public engagements, the Commonwealth Day service at Westminster Abbey in March 2021, the public became aware of the breakdown of communication between the two brothers. Mr Bower said Prince Harry and Meghan were “keenly aware of Kate and William’s antagonism”.

He said: “William had not offered a brotherly welcome and Kate was outright distant towards her sister-in-law.”

He added: “As the members of the Royal Family filed into the Abbey, the frayed relationships could not be concealed. Kate had blanked the Sussexes and William’s greeting was cold. Harry looked strained. Meghan’s face showed bemusement.”

According to Mr Bower, Meghan “hated” any comparison to the Cambridges and she was envious of Kate Middleton and felt that she was not getting the “recognition and generosity” she deserved.

Later this year, Prince Harry is due to release his memoirs. In a press release, he said he would write the book “not as the prince I was born but as the man I have become”.

Mr Bower has speculated that the book will feature attacks on the Royals which could include Prince William, Kate, Prince Charles and his step-mother, Camilla.