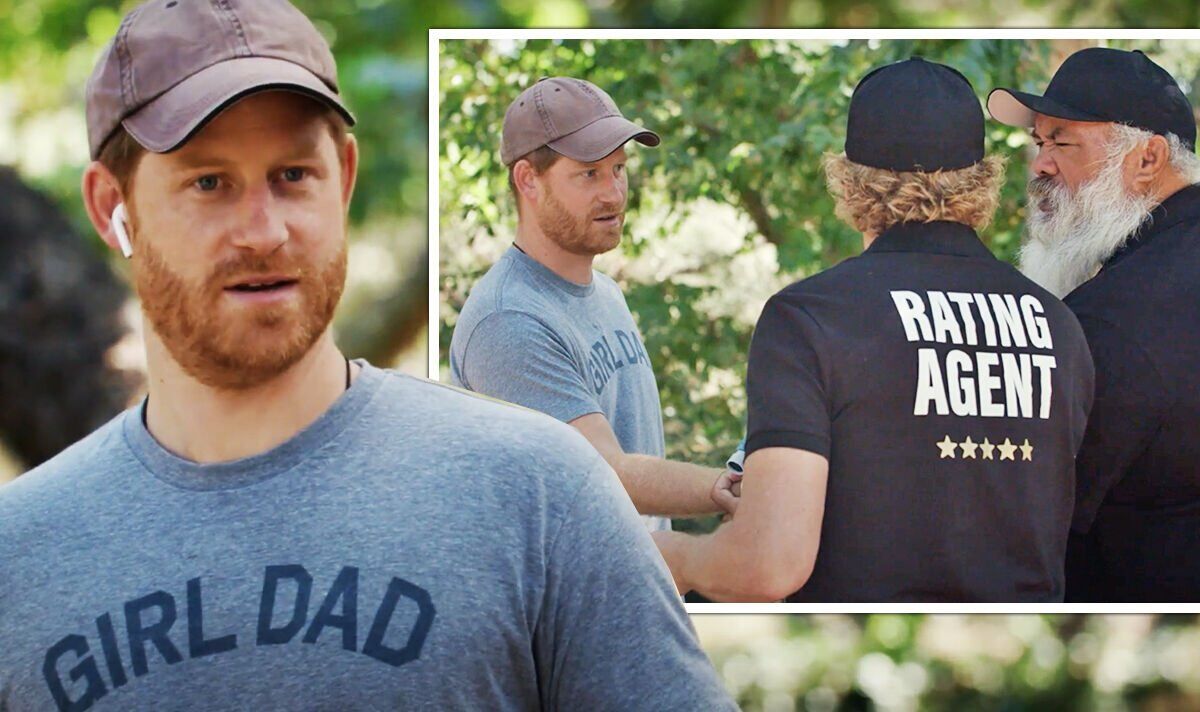 The Duke of Sussex made a silent reference to his daughter Lili in a video advertising Travalyst’s latest initiative to make sustainable travel mainstream. In the almost five-minute-long skit released today, Harry can be easily recognised as he jogs through the woods.

One “rating agent” manages to stop him after screaming his name and various monickers multiple times – including “H”, the nickname his wife Meghan Markle revealed to use for the royal in an interview with Tom Bradby in October 2019.

The Duke finally turns around and reveals to be wearing a grey t-shirt with the words “girl dad” on his chest.

This appears to be a sweet tribute to Harry and Meghan’s daughter Lili, who was born on June 4 last year.

The video, also featuring actors Rhys Darby and Dave Fane, sees an exchange between the agent, whose work is to give ratings to tourists who have been to New Zealand, and the Duke, accused of having dropped a candy wrapping on the ground while he was touring the country with Meghan on behalf of the Queen in October 2018.

The Duke eventually jogs away, but before leaving says the rating idea got him “thinking”.

This skit promoted the launch of Travalyst’s latest project entirely focused on tourism in New Zealand.

The non-profit, founded by Harry in 2019, announced today its “World-Friendly Travel” initiative, which encourages tourists who have been to New Zealand to look back on their actions and rate their behaviours during their trip.

Sally Davey, CEO of Travalyst, explained the initiative on the project’s website saying: “We’re asking you to reflect not on how the places you visited performed for you, but how you performed for the destinations you visited.

“When you look back on your recent trips across the country, would you rate yourself a 5-star traveller?

“Did you take the time to understand and explore the region’s specific culture, and did you support local businesses while you visited?

“Did you contribute towards your destination’s potential to thrive for years to come by looking after the local wildlife and habitats, and by behaving with all of the consideration for your personal consumption and waste in the way you would at home? Did you travel with Tiaki? Were you a World-Friendly Traveller?

“To help you reflect, and also learn how you might do better next time, we’ve gathered information and stories from across communities in New Zealand and from experts in sustainability; painting a picture of what good means, but also how it might vary from place to place or in different environments across the country.”

Tiaki means care for people, places and culture in Maori and indicates a type of tourism deeply respectful of locals and the environment.

Before this skit was released, Prince Harry appeared on Maori TV during the award-winning show Te Ao with Moana to speak about this new initiative.

In a video recorded in his Californian home, Harry said: “For our campaign, we are encouraging people to flip the script. We are always being asked for our feedback on our trips and experiences, but what would happen if our holiday rated us?

“It’s an important question to ask, and we want all of you to help us answer it.”

This isn’t the first time the Duke takes part in a skit. In 2016, to promote the Invictus Games in Florida, he filmed a brief clip featuring Barack and Michelle Obama – then the US President and First Lady – as well as his grandmother.

In the clip, the Duke showed the Queen a video featuring the Obamas challenging the UK ahead of the Games.

The monarch replied with a cheeky smile adding: “Oh, really”.