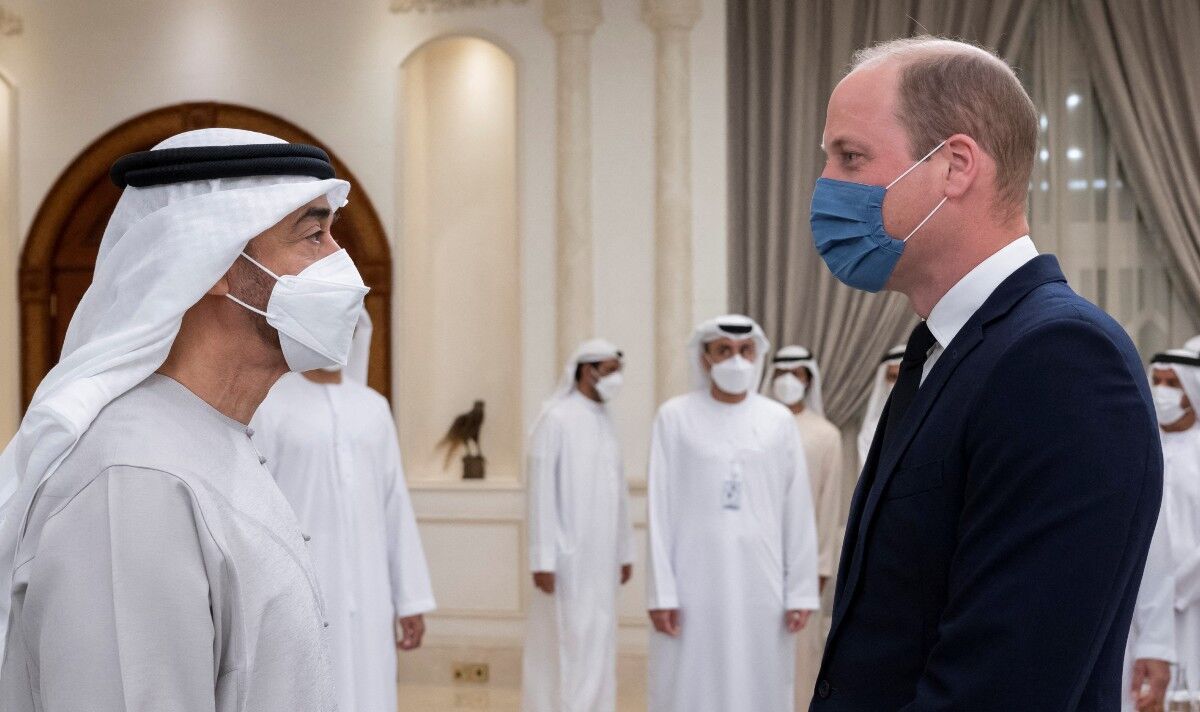 The Duke has stepped up to represent the Queen who has missed a number of state occasions due to episodic mobility issues.

Senior royals have been filling in for the monarch who celebrates her Platinum Jubilee this year. Prince Charles represented the Queen at the State Opening of Parliament last week.

World leaders descended on the UAE on Sunday to offer condolences to new leader Sheikh Mohammed bin Zayed al-Nahyan on the death of his half-brother.

Sheikh Mohammed had steered the Western-allied Gulf state, OPEC oil producer and regional business hub for years before being named the UAE’s third president by a federal supreme council on Saturday.

William was one of several significant figures to visit the UAE.

Israel’s president Isaac Herzog said before heading to the Emirati capital that the establishment of ties between the UAE and his country two years ago was an asset for the whole region built by “bold and groundbreaking leaders”.

The UAE, along with Bahrain, upended decades of Arab consensus by forging links with Israel, creating a new anti-Iran axis in the region and provoking Palestinian anger.

Palestinian President Mahmoud Abbas travelled to the UAE to offer his condolences while Prime Minister Boris Johnson was also due in Abu Dhabi on Sunday.

News of William’s visit to the UAE, come after the Queen was honoured with a standing ovation as her Platinum Jubilee celebrations kicked off with a star-studded equestrian extravaganza featuring some of the world’s leading performers.

Audience members rose to their feet to applaud and cheer when the Queen arrived at the arena near Windsor Castle for the musical and theatrical romp across the centuries called A Gallop Through History.

The event was staged by the Royal Windsor Horse Show which has been welcoming spectators for the past three days, including the Queen who spent part of Friday touring the show grounds after earlier missing the State Opening of Parliament.

The Queen clearly enjoyed the show and at its finale, when her own horses and ponies were led around the open-air arena, appeared enthralled, beaming as the animals paraded past the royal box.

Omid Djalili, who narrated the event, joked with the monarch: “Thank you for choosing us over the State Opening of Parliament.”

Dame Helen gave a heartfelt tribute to the Queen, telling the head of state: “For all these years you have carried our nation. You have been at its heart, its drumbeat. You have given us purpose and when situations have been challenging your hope, guidance and leadership have been unswerving.

“I address you on behalf of all your loyal subjects. We commend and admire the way that you carry out the affairs of state with such dexterity and poise.

“I therefore speak on behalf of a grateful nation and commonwealth when I give you our sincere and most loving thanks.”