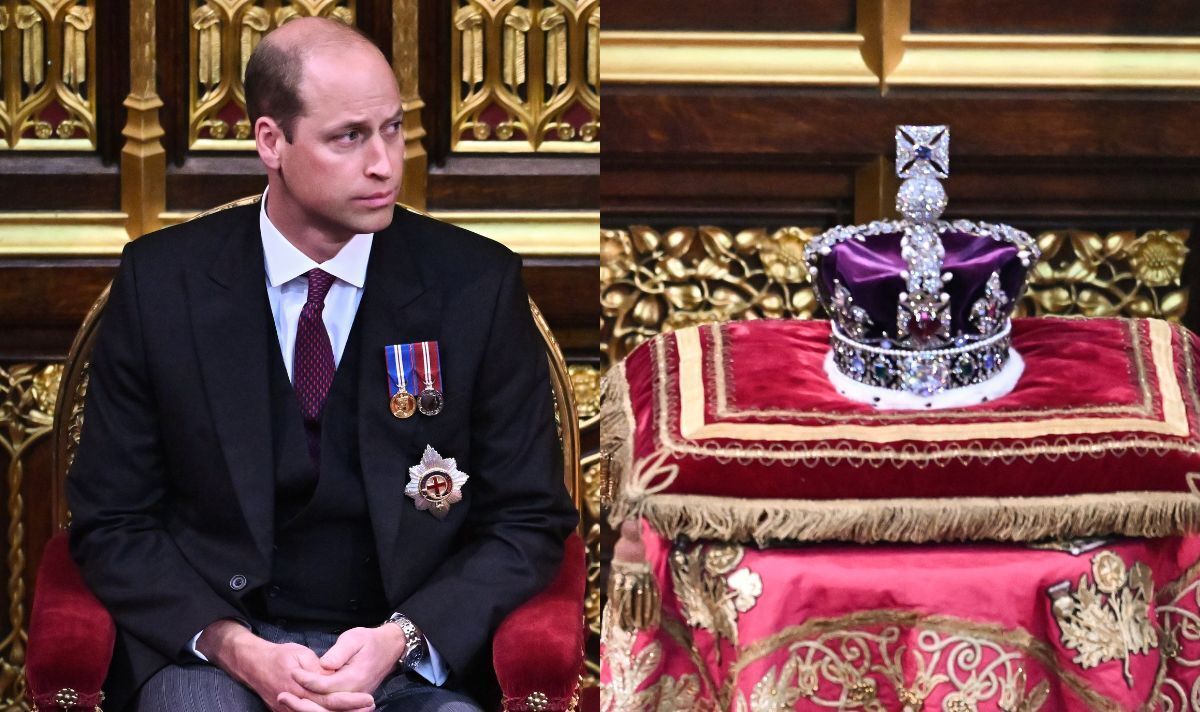 The Duke of Cambridge attended the State Opening for the first time and sat next to his father, Prince Charles, who delivered the speech, stepping up in the Queen’s absence. The second in line to the throne was seen giving a smile as he arrived and greeted dignitaries, before biting his lip as he processed through the chamber, clasping his hands in front of him.

William’s nervousness was apparent, according to a body language expert, due to the “weight of responsibility” on his shoulders.

Adrianne Carter told the Daily Star that the 39-year-old looked as if he was lacking confidence, compared to when he is seen at other public engagements.

She said of Prince William: “He is not always as confident at ‘officialdom’ as he is when interacting with real people.”

As fears over the Queen’s health are intensifying, it becomes questionable whether the 96-year-old monarch will be seen delivering the Queen’s speech again.

Therefore, it makes sense that Prince William might feel increased pressure as he reaches closer to the succession.

However, the body language expert said that Prince Charles appeared much more comfortable and grounded.

She noted: “Charles looks like he’s been ready to do this for a long time and is very natural and comfortable.

“Camilla and William looks more nervous by the way they’re holding themselves and their posture.”

She added of William that by the way he stands, he appears submissive: “William keeps his head bowed a lot, which is a submissive way of being.”

“It was rather telling the way that as the Imperial State Crown was placed on the table at the side of him, he looked at it for several seconds.

“You kind of wondered at the time what was going through his mind.

“As people have been saying today, we’re looking at the future.

“It was a duty that he would rather not have had to fulfil but nevertheless that’s what he and William were there for as Counsellors of State.