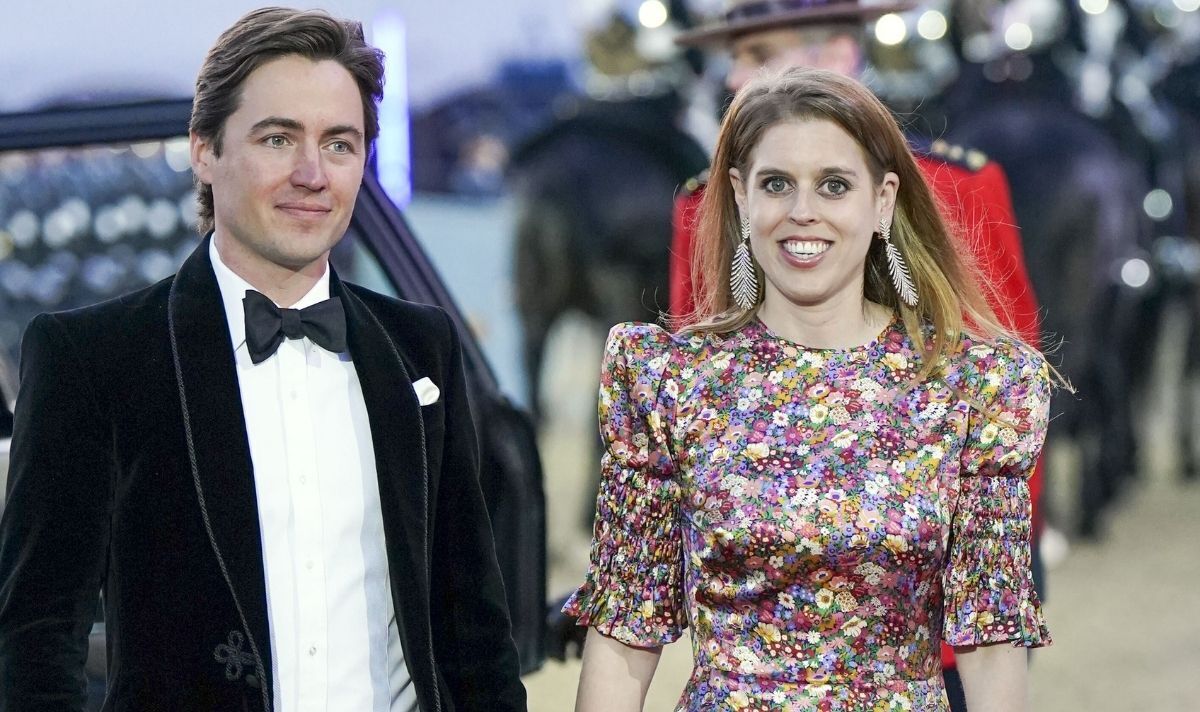 The couple were beaming as they stepped out to see the preview that will be included in the Royal Windsor Horse Show as part of the Queen’s Platinum Jubilee celebrations. The couple’s daughter Sienna Mapelli Mozzi was born last September and was christened last month at the Chapel Royal at St James’ Palace.

Royal expert Duncan Larcombe revealed to OK! Online that the couple used the evening as an opportunity to enjoy time together without “a screaming baby”.

Princess Beatrice also has a stepson Christopher Woolf, who was born in 2016 from Edoardo’s previous relationship with architect Dara Huang.

Of the couple, Mr Larcombe said: “They seem to be relatively ordinary as parents. They’re not flanked by lots of uniformed nannies, it’s even less of a case for them as it is for William and Kate who are quite ordinary parents too.

“For any new parent, they’re trying to adjust to having a baby which turns everything on its head.

“They were honouring The Queen but it’s also a nice excuse for a night off from a screaming baby, no doubt.”

The royal expert also commented on the nature of Beatrice’s relationship with Edoardo, especially during the trying time of her father Prince Andrew’s legal battles and the passing of her grandfather Prince Philip.

“Perhaps this is a sign that the Royals are drawing a line and moving on and it’s about the Jubilee and paying homage to The Queen.

“It’s not back to business but the Jubilee is a nice distraction and a bit of love back from the British public will probably do them good.”

Princess Beatrice will not be on the balcony next month with the Queen and other members of the Royal Family, after it was announced non-working members are not permitted to be on the balcony including Prince Andrew, Prince Harry and Meghan Markle.