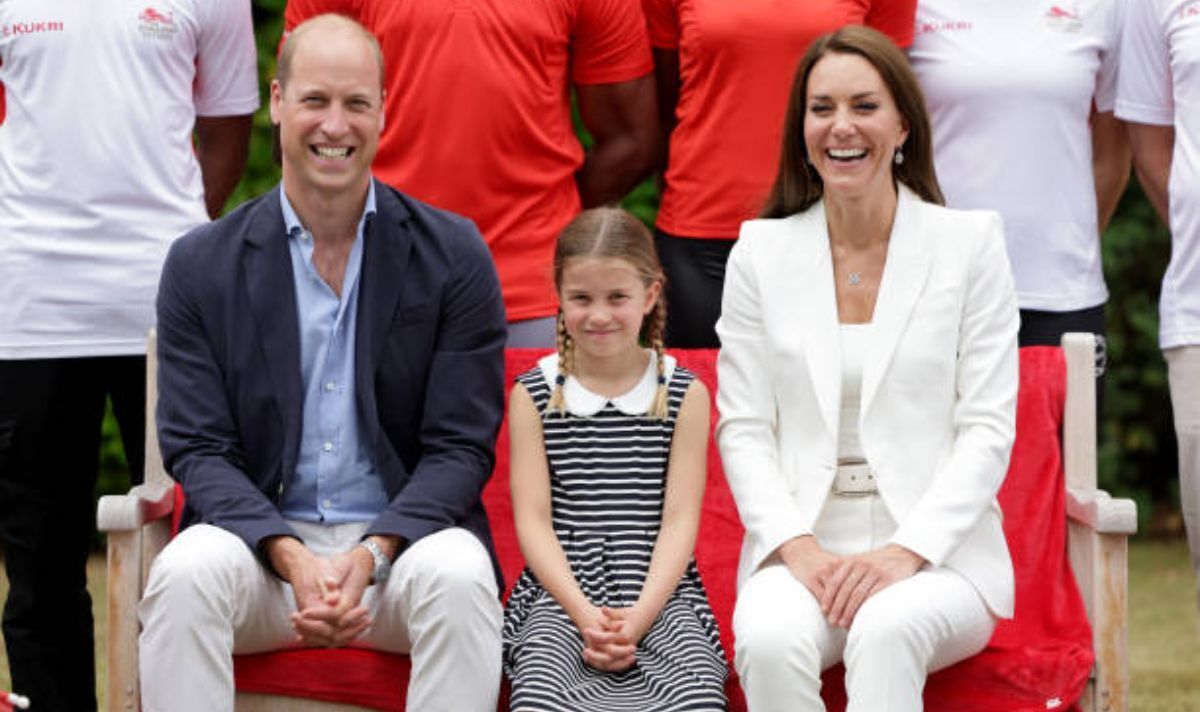 The seven-year-old royal visited many events at the Commonwealth Games this week, accompanied by her parents the Duke and Duchess of Cambridge.

The Prince is an experienced pilot and seemed to take advantage of his training to fly his daughter to the Games in Birmingham.

In a video uploaded to YouTube by CobraEmergency, a helicopter can be seen flying over and then landing in a field at Tally Ho training ground centre for West Midlands police, before Prince William exits from the front.

Although Charlotte’s face is not seen, her legs can be seen on the other side of the helicopter when she gets off.

The royals are then driven away in a black Range Rover, where it is thought her mother Kate was waiting for them, reported Hello magazine.

They were escorted on their trip in the car by West Midlands Police.

William previously worked as a helicopter pilot for the East Anglian Air Ambulance from 2015 to 2017.

He initially trained as a pilot for helicopters and fixed-wing aircraft in the RAF, before specialising in search and rescue in 2009.

After passing his exams in 2010, he conducted 156 operations and qualified as an operational Captain.

READ MORE: Kate and William to show Harry and Meghan who ‘the real royals are’

Louis, however, made his own headlines back in June as he was seen behaving cheekily and pulling faces during the Queen’s Platinum Jubilee celebrations.

George also stole the hearts of many with his birthday portrait shared with the world by his mother Kate last month.

The trio are thought to be enjoying their summer holidays before starting new schools as the family relocate from Kensington Palace to Windsor.