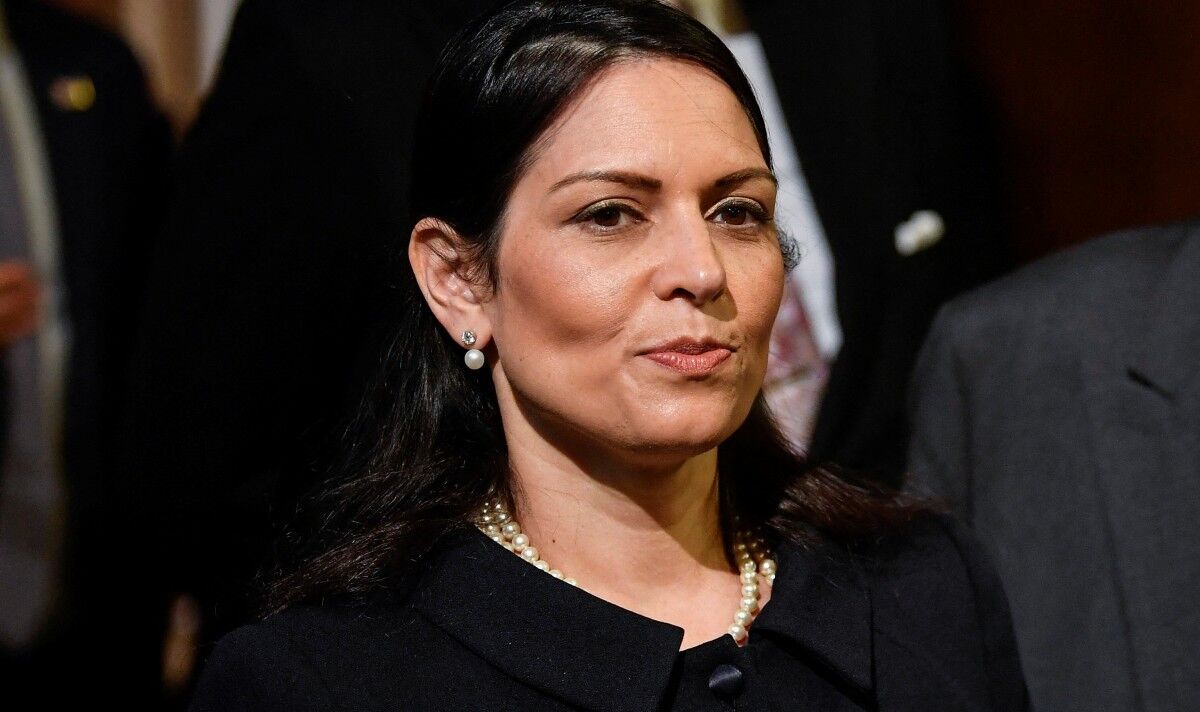 The Home Secretary has been wrestling with the prospect of putting herself forward as a candidate ever since last Thursday when Boris Johnson announced his resignation. There were 12 MPs who had already publicly announced they would support Ms Patel if she decided to stand to take over the top job.

The endorsements meant she was already in the top half of candidates for supporters despite remaining completely quiet.

Her announcement she will not be a part of the race to succeed Mr Johnson will leave her supporters now looking to find a new MP to rally behind.

There is just hours before the deadline for the first hurdle of securing nominations from 20 Conservative MPs.

In a statement, Ms Patel said: “I am grateful for the encouragement and support colleagues and Party members have offered me in recent days in suggesting that I enter the contest for the leadership of the Conservative Party.

“I will not be putting my name forward for the ballot of MPs.

“As Home Secretary I have always put the security and safety of our country and the national interest first and my focus is to continue working to get more police on our streets, support our amazing security services to keep our country safe and control our borders.

“As a lifelong and committed Conservative, I will always make the case for freedom, enterprise and opportunity and work with colleagues to deliver these values in Government.

“Like all Conservative MPs and Party members, I will be listening to cases being put forward by the candidates standing for the leadership of the Party and trust the contest will be conducted in a good spirit that brings our Party together.”

Her decision not to stand comes amid fears from some in the party that too many MPs on the right-wing of the party were standing for election.

There were concerns Rishi Sunak risked being given an easy path to No10 if other candidates split the vote.

DON’T MISS:
Have Your Say: Truss vs Rishi – who would YOU back as leader [GET INVOLVED]
Truss secures major double-Cabinet endorsement for takeover [WATCH]
Sunak breaks silence on Boris for first time since stabbing PM in back [UPDATE]

Steve Baker warned yesterday of a “grave danger of fragmentation” if Ms Patel and others ran.

The Brexiteer had initially announced last Friday that he was preparing for a bid, but bowed out to back Ms Braverman just 24 hours later.

A source told this website: “We had a meeting between them.

“But it was no use, no one was willing to stand aside and it ended in stalemate.”

Ms Patel’s decision not to endorse either Ms Badenoch or Ms Braverman came after a failure to reach an agreement with either one of them.

There is currently a fight to be the “Brexiteer candidate” in the contest, with Cabinet allies Jacob Rees-Mogg and Nadine Dorries giving their backing to Foreign Secretary Liz Truss this morning.

The Culture Secretary told reporters in Downing Street that Ms Truss, who voted to remain in the 2016 referendum, is probably a “stronger Brexiteer than both of us”.