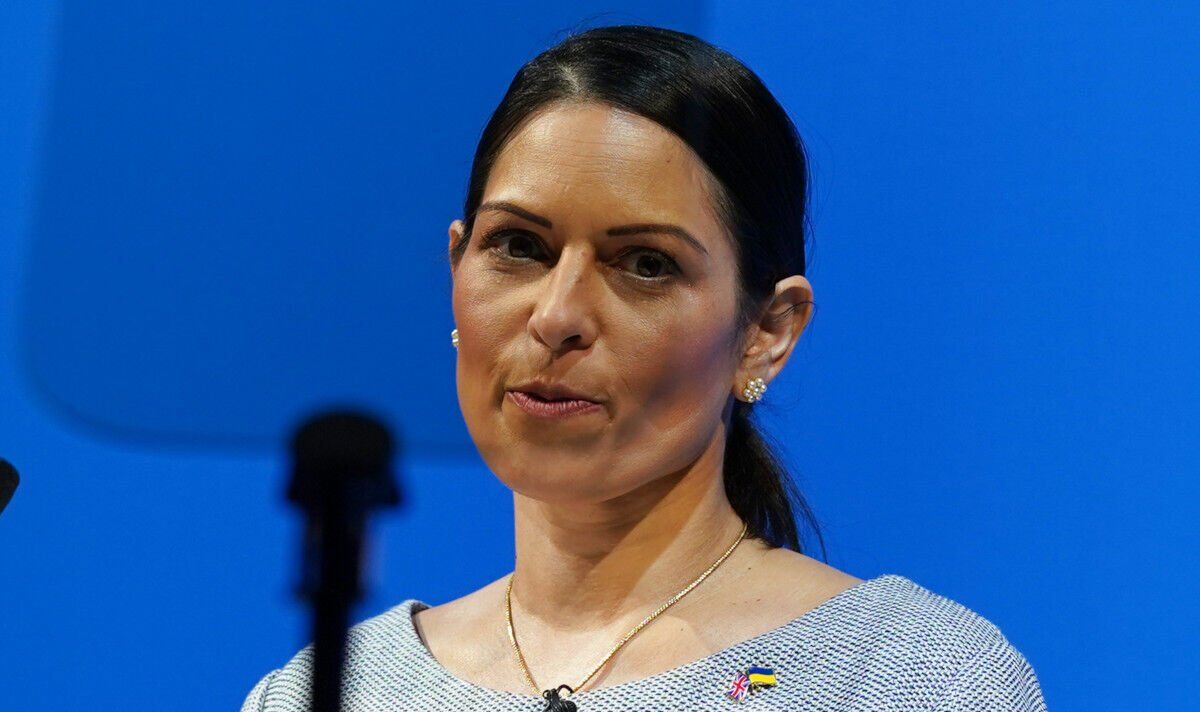 Residents of Linton-on-Ouse are frustrated about having been kept in the dark about the Home Secretary’s plans, according to reports. The small village is understood to be home to just around 700 registered voters.

This means if plans go ahead to home 1,500 asylum seekers at the former RAF airbase located there, villagers would be outnumbered two to one.

Criticism comes as a reminder that while some asylum seekers are being sent to Rwanda for processing, others will continue to undergo the process in the UK.

She was particularly critical of the fact she claimed there had been “no consolation” about the plans, which she felt had “come as a bolt from the blue”.

The retired librarian told MailOnline: “The first I knew about it was when it was announced on the local radio. The parish council knew nothing about it, nor did the District Council.

Linda added it was the “uncertainty” about which she was most concerned.

The Home Office insisted the housing facility was suitable and would help “end our reliance” on expensive hotels.

Another resident, Kathryn Dryden, 60, told the paper she believed the plan to be “unlawful”.

She said: “It is lack of consultation. It is the process of what the Home Office are trying to do which we consider at unlawful at this point.”

The 10-year-long local was also doubtful only 1,500 asylum seekers would end up using the site.

“The Government is dumping them in a small rural village where they will outnumber us two to one if not more.

“We are not against supporting asylum seekers. It is the numbers, and how it is been dealt to us as a done deal. None of us knew anything about it until it was announced on the TV.”